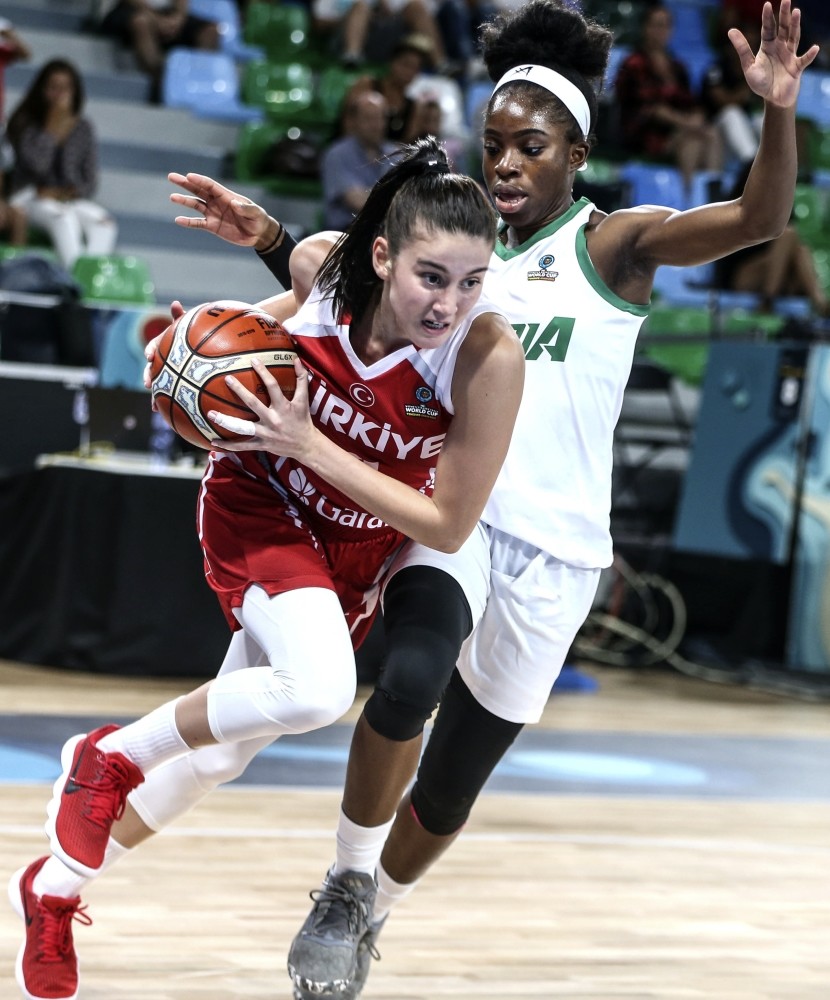 Turkey will play against Australia while Argentina will face Nigeria today in their third and last group matches in the FIBA Women's Basketball World Cup. Australia leads Group B with two wins in this year's competition hosted by Spain's Canary Islands, while Turkey and Nigeria are tied in second place with one win each. Nigeria beat Turkey 74-68 on Sunday to mark their first ever win. Argentina is at the bottom of the group with no wins. On Saturday, Turkey defeated Argentina 63-37, while Australia beat Nigeria 86-68. Sixteen teams in four groups are competing in the tournament on the island off Tenerife, set to end on Sept. 30. The group leaders will directly qualify for the quarterfinals, while second and third placed teams will play an elimination match to advance to the quarterfinals.

Sunday was a historic day for African teams in the Women's Basketball World Cup.

Senegal became the first African country to win a pool game, beating Latvia 70-69 on Sunday. Hours later, Nigeria followed suit, getting its first win ever in the tournament.

"It's a historic win and we've broken the curse," Senegal coach Cheikh Sarr said. "I'm very proud because we did it. We wanted it and the girls did everything."

Coming into Sunday, African teams had gone 7-89 in the tournament since first qualifying in 1971. All of those victories had come in the consolation rounds, but never in pool play.

Both teams have benefited from having players that went to U.S. colleges on them. Senegal guard Yacine Diop is a graduate transfer at Louisville this season. Nigeria had former Arizona State player Promise Amukamara and Evelyn Akhator, who played at Kentucky. The victory was Senegal's sixth in its World Cup history and set off a wild celebration after the game with the team's fans waving flags and dancing . Senegal has one game left in the preliminary round, facing China today. A win would give Senegal the two-seed in the pool.