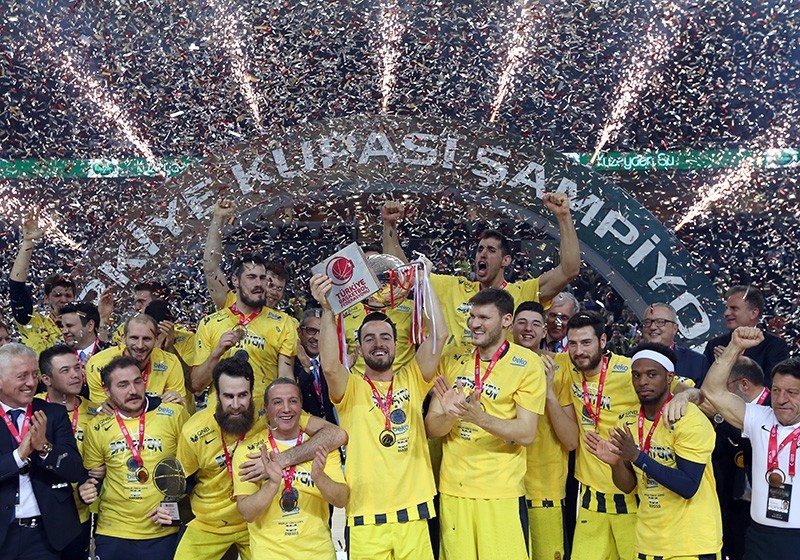 French forward Adrien Moerman was the leading scorer of the opposite side with 18 points.

In addition to Moerman and Micic, Anadolu Efes' American center Bryant Dunston tallied 15 points and took four rebounds, but the team couldn't avoid the loss in the final held in capital Ankara.

Following the Sunday's victory, Fenerbahçe Beko claimed the trophy for the sixth time.

Datome was awarded the Most Valuable Player (MVP) trophy for his performance.

"I congratulate Fenerbahçe Beko players and coaching staff sincerely, who won the Turkish Cup after beating their opponents 80-70," Kasapoğlu said in his message on the ministry's website.

Fenerbahçe advanced to the final after winning the semi-final match against Türk Telekom 73-65.