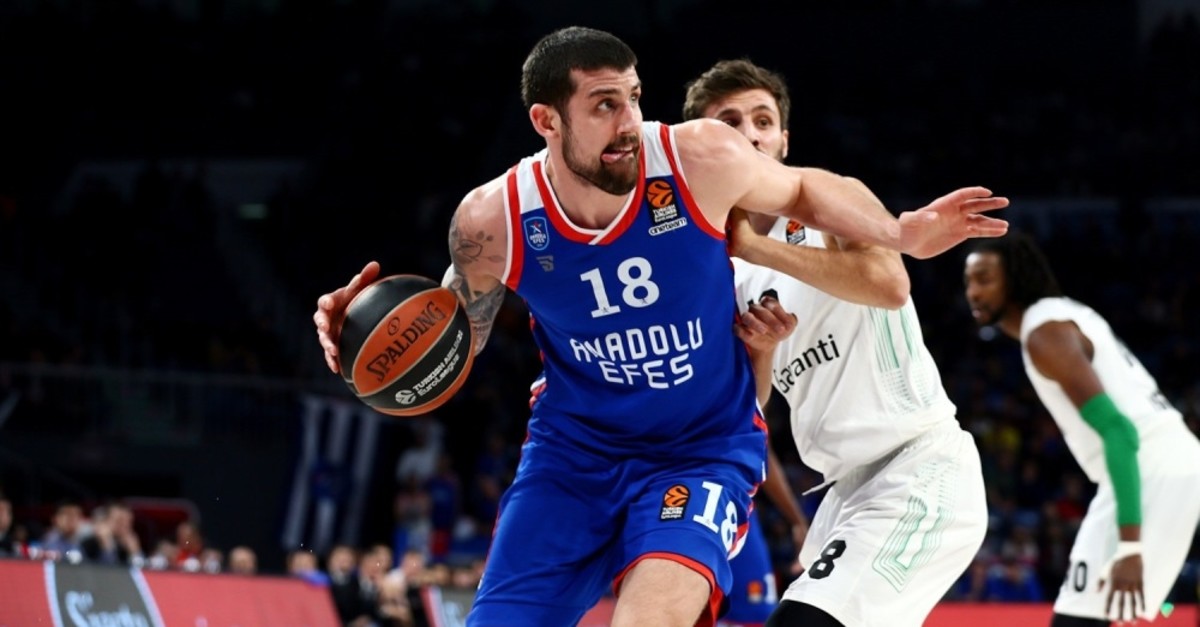 The regular season of the Turkish Airlines EuroLeague wraps up on Friday as six playoff spots are up for grabs. Turkey's Fenerbahçe and Anadolu Efes will be on the court without worries as they have already secured their playoff spots

Panathinaikos, Zalgiris, Olimpia Milan, Maccabi FOX and Olympiakos will strive to win playoff tickets in the final Round 30. The regular season runs from October 2018 to April 5 and the top eight will advance to the playoffs scheduled for April 16-30. The winners will ultimately head to the Final Four in Spain between May 17 and May 19 for single elimination matchups.

Anadolu Efes is locked into fourth place but looks forward to a "tough challenge" against Olimpia Milan according to veteran coach Ergin Ataman.

Speaking to the club's official website, Ataman said they have been through a "very good regular season" and they wanted to "cap it fine" against the Italian outfit, which boasts an intimidating lineup. Among them is Mike James whose triple in the final second secured a victory for Milan when it took on Anadolu Efes last time in Round 5 last year.

Shane Larkin is the closest counterpart to James for the Turkish side. Larkin scored 16 points and provided 3.8 assists per game in his last eight games. The Turkish team also counts on an efficient offense, one of the best in the league, along with some reputed defenders.

"The game against Milan will not change our standing but we want to showcase some good gameplay. Milan has good players like James, Nemanja Nedovic, Vladimir Micov and James Nunnally, a good offense and one-on-one play. It will be a difficult game but also a pleasure to watch for fans," Ataman says.

Elsewhere, Greek side Panathinaikos hosts Buducnost Podgorica and hopes for a home victory to secure sixth or seventh place. Panathinaikos' crushing loss to Real Madrid last week may have had an impact on the team's morale but they need to keep their focus on the league, bearing in mind their previous challenges also brought them six straight victories to draw them closer to qualifying for the playoffs. Montenegro's Buducnost is no small-time rival, especially after their impressive performance against Barcelona in Round 29. Still, they suffer from a losing streak in away games. Baskonia needs only a win to qualify in the playoff rounds but their rival is formidable: Runner-up CSKA Moscow that also has a home court advantage when they host Baskonia. The Russian outfit enjoys a good record of wins at home. Baskonia is likely to find comfort in having versatile forward Toko Shengelia back after a lengthy injury.