Fenerbahçe closer to Final Four in THY EuroLeague 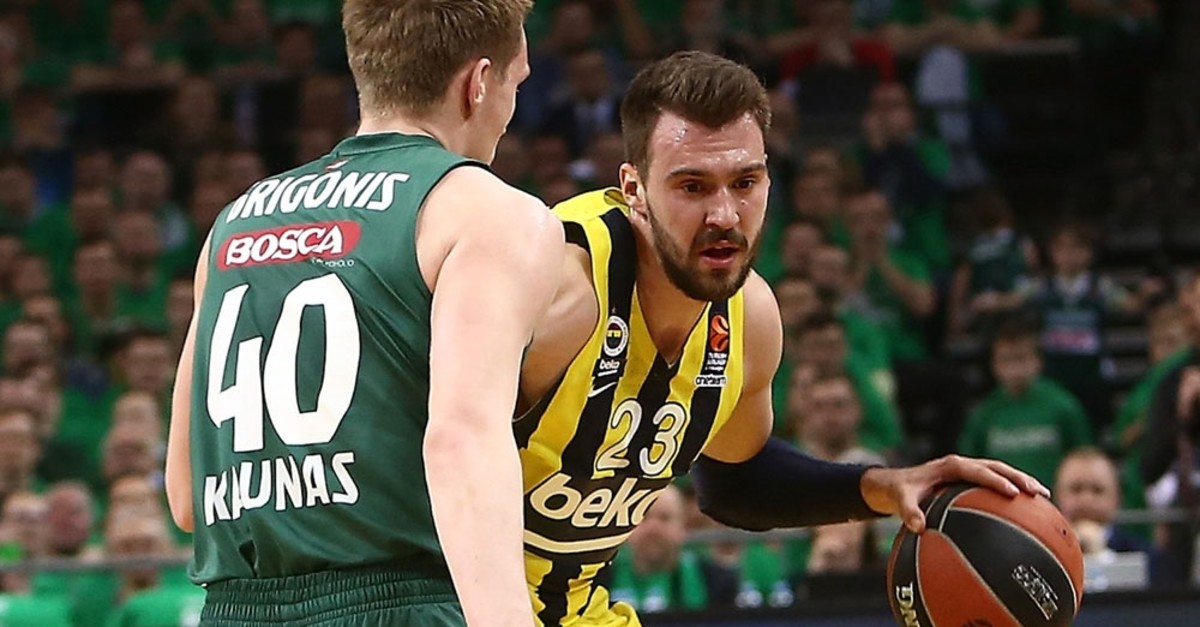 Marko Guduric confronts Zalgirisu2019 Marius Grigonis. Guduric is credited with Fenerbahu00e7eu2019s victory with a pair of 3-pointers.
by Daily Sabah with AA Apr 25, 2019 12:10 am

Fenerbahçe Beko defeated Zalgiris Kaunas 66-57 in the THY EuroLeague playoffs Tuesday in its bid for the Final Four. The two rivals return to the court today for an early decider for the final challenge ticket

Turkish Airlines (THY) EuroLeague leader Fenerbahçe Beko emerged victorious against Lithuania's Zalgiris Kaunas in late Tuesday's playoffs and will fight to book a place in the Final Four today in the second game between two tough competitors.

The Turkish side claimed a 2-1 lead against the Lithuanian league leader in an away game in the quarterfinal playoffs. Fenerbahçe Beko's Serbian guard Marko Guduric scored 17 points in the game three held at Zalgirio Arena as their Czech star Jan Vesely produced 10 points.

It was a challenging game between two tough teams that have been on the defensive for a long time, while shooting percentages were low. Fenerbahçe's Serbian swingman Marko Guduric was the star of the game with two three-pointers that were decisive in bringing victory to the Turkish side. His game-high 17 points was Guduric's second-highest scoring output this season. Guduric succeeded in turning steals on back-to-back plays from Czech center Jan Vesely and shooting guard Sinan Güler, and ultimately, his second three-pointer brought Fenerbahçe the lead in the game.

The quarterfinal playoff series between Baskonia and CSKA Moscow is now 1-1. The winners of the playoffs will advance to the Final Four to be played on May 17-19 at Fernando Buesa Arena in the Spanish city of Vitoria-Gasteiz in single-elimination matchups.