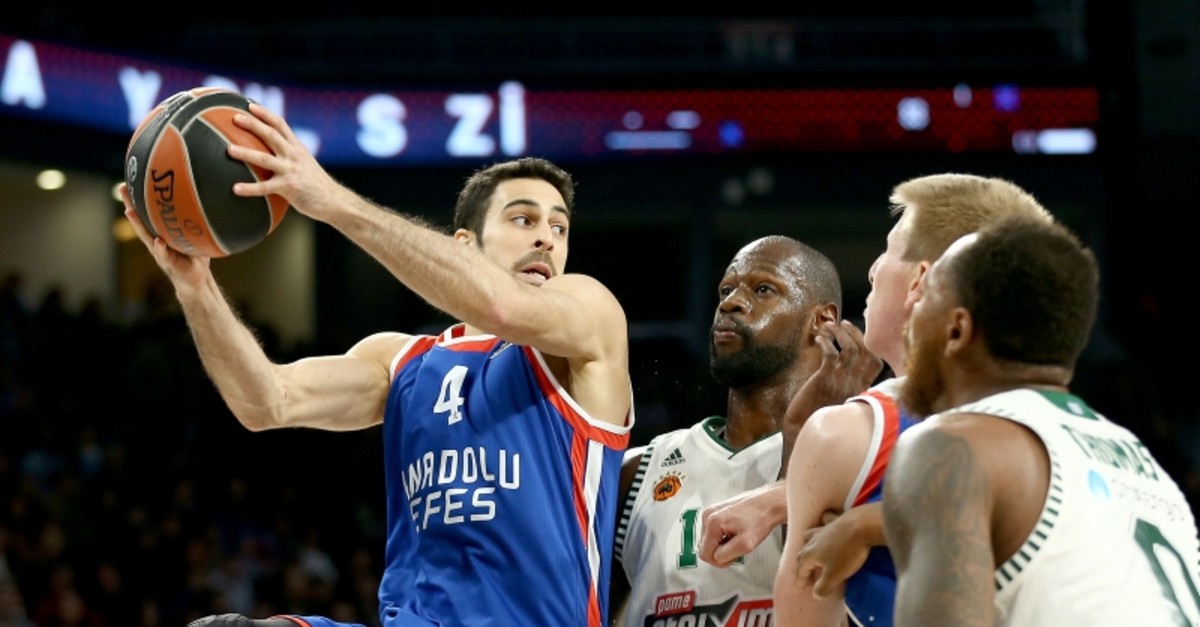 The Turkish Airlines EuroLeague Final Four kicks off tomorrow with two Turkish teams playing in the grand finale of Europe's top basketball event for the first time. Fenerbahçe and Anadolu Efes will vie against each other, while Real Madrid and CSKA Moscow will face off in hopes of winning the title

In the heart of Spain's Basque country, Europe's most prestigious basketball event tips off tomorrow. The best of Turkish Airlines EuroLeague will square off in Vitoria-Gasteiz in the Final Four series over the next three days. The Final Four will start with a showdown between Fenerbahçe Beko and Anadolu Efes, two Turkish teams which made history in the EuroLeague for being the first two teams from that country to reach the Final Four at the same time.

The leader of the regular season, Fenerbahçe will take on Anadolu in the semifinal at Fernando Buesa Arena to try and clinch the league title.

Anadolu relies on a vicious offense while Fenerbahçe impresses with its defensive line. Anadolu shone continuously throughout the season, with 85.4 points per game (ppg) and top performances from the likes of Shane Larkin, Vasilije Micic, Krunoslav Smion and Rodrigue Beaubois. Together, they delivered a combined average of more than 40 ppg. The team's fast, smooth gameplay will likely be hindered by the tough defense of Fenerbahçe that conceded only 74.6 ppg, the least in the regular season this year. Yet, Fenerbahçe will likely miss key players due to injuries, including Gigi Datome and Joffrey Lauvergne. The Final Four's fate for other valuable players including Jan Vesely and Nikola Kalinic is also in doubt.

In the other semifinal, defending champion Real Madrid will take on CSKA Moscow. This is their third consecutive showdown in the Final Four. The Russian outfit won the third game in Istanbul in their previous meeting but the Spanish side had the upper hand in last season's semifinal. CSKA Moscow, however, prevailed in their season meetings with a 93-88 victory in Madrid and an 82-78 home victory in Round 22.

Real might be at home but CSKA's lineup is a force to be reckoned with for the Spanish side. Nando De Colo proved his mettle in the playoffs where he came off as one of hottest players. The French point guard turned heads in the series against KIROLBET Baskonia Vitoria-Gasteiz and netted 28 and 27 points in road win in two consecutive games. Real Madrid, meanwhile, relies on Sergio Llull, MVP of the 2017 season who had to skip the playoffs against Panathinaikos OPAP Athens because of his injury. He managed to appear in four local games, though, for Real, ahead of the Final Four. However, he was far from his former self, but he might make a comeback and put on a good show.

Next after the semifinals, is the top player title in the EuroLeague. The winner of this season's MVP will be announced at an annual awards ceremony. Among the contenders are Kostas Sloukas and Jan Vesely of Fenerbahçe.

Sloukas secured his first All-EuroLeague nomination for the prestigious individual prize. Vesely was in the top five both in index rating and steals in the regular season.

CSKA Moscow's Will Clyburn is also competing for the prize with an average of 13.2 points and 6.9 rebounds. He has been the only player to rank in the top 10 in both categories this season.

Nick Calathes of Panathinaikos joins the race after he smashed his own record for the most assists in a single season, 286 or 8.7 assists per game. Brandon Davies of Zalgiris Kaunas was behind the team's 14.2 points and 5.5 rebounds per game in the playoffs.