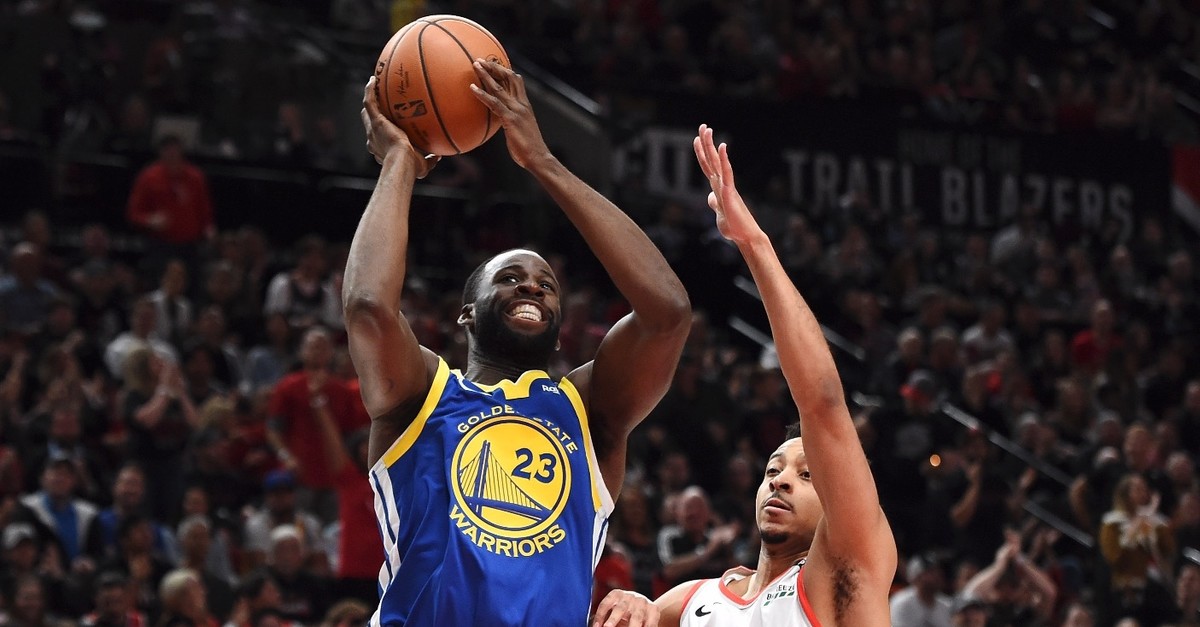 Stephen Curry saved 21 of his game-high 36 points for the second half and Draymond Green recorded a triple-double Saturday night as the Golden State Warriors rallied to stun the host Portland Trail Blazers 110-99 for a 3-0 lead in their Western Conference finals playoff series.

The top-seeded Warriors, playing without Kevin Durant and DeMarcus Cousins, will go for the series sweep and a berth in their fifth consecutive NBA Finals on Monday night in Portland.

For the second consecutive game, Golden State dominated the third quarter to get back in the game after trailing by double digits at halftime. This time, it was a 13-point deficit and they rallied without Andre Iguodala, who complained of a sore calf in the first half and played only four minutes after intermission.

Down 73-59 four minutes into the third quarter after a 3-pointer by Meyers Leonard, Golden State used an 18-3 flurry to take its first lead of the game at 77-76 with 1:54 left in the period. Six Warriors contributed points to the run, including Klay Thompson, who had six.

Encouraged by their home crowd for the first time in the series, the Trail Blazers tied the game at 82-all on a 3-pointer by Zach Collins in the first minute of the final period. But with Curry on the bench for a rest, Thompson hit a tie-breaking jumper, Quinn Cook buried consecutive shots and Jonas Jerebko dropped in a jumper as the Warriors opened an eight-point lead they were able to massage to the finish.

Thompson complemented Curry's 36 points with 19 of his own, helping the Warriors outscore the Trail Blazers' tandem of CJ McCollum (23) and Damian Lillard (19) 55-42 in a battle of premier backcourts.

Green was the dominant frontcourt player in the game, accumulating 20 points, 13 rebounds, 12 assists and four steals.

Leonard finished with 16 points and Evan Turner 12 for Portland, which has now lost 11 of 12 playoff games to the Warriors in the last four seasons.

The Warriors outshot the Trail Blazers 48.8 percent to 40.0.

After telling his team just before the start that the game was a "must win," Trail Blazers coach Terry Stotts made a lineup changed that paid immediate dividends.

Leonard, who never left the bench in Game 1, was inserted into the starting lineup and produced 13 first-half points as the Trail Blazers went up 66-53 by halftime. Portland led by as many as 18 points in the half, overcoming 15 points by the Warriors' Curry.