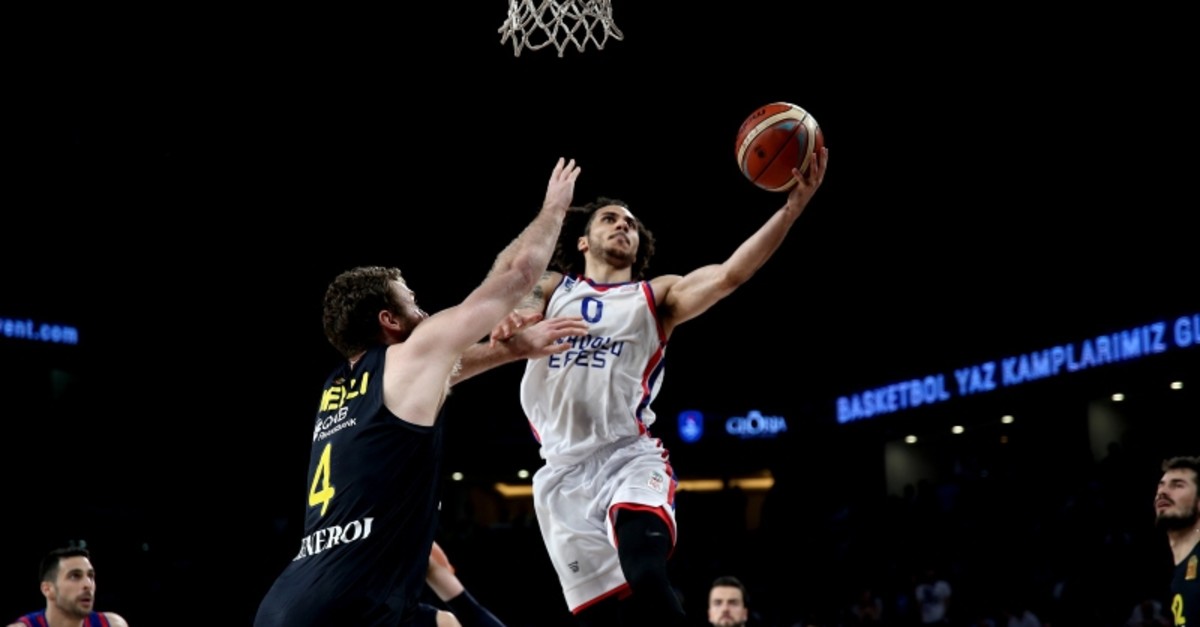 The winning team tied series with Fenerbahçe Beko in the playoff finals in a match at the Sinan Erdem Dome in Istanbul.

Anadolu Efes coach Ergin Ataman started the match with a headset on, listening to music to shut his ears to protests toward him from Fenerbahçe fans.

Fenerbahçe Beko led the first half 52-40 against Anadolu Efes, thanks to Nicolo Melli, who scored 13 points, and Marco Guduric, who scored another 13 points.

Anadolu Efes dominated the second half to take the lead in the last quarter. The top scorer of the match, Efes' Vaslije Micic scored 30 points while Fenerbahçe's Nicolo Melli scored 22 points.

The first team to have four wins will grasp the Turkish basketball league champion title.

The third game of the series will be held on Thursday at 1900GMT at Ülker Sports Arena in Istanbul.