Raptors must cope with near miss as Warriors get new life 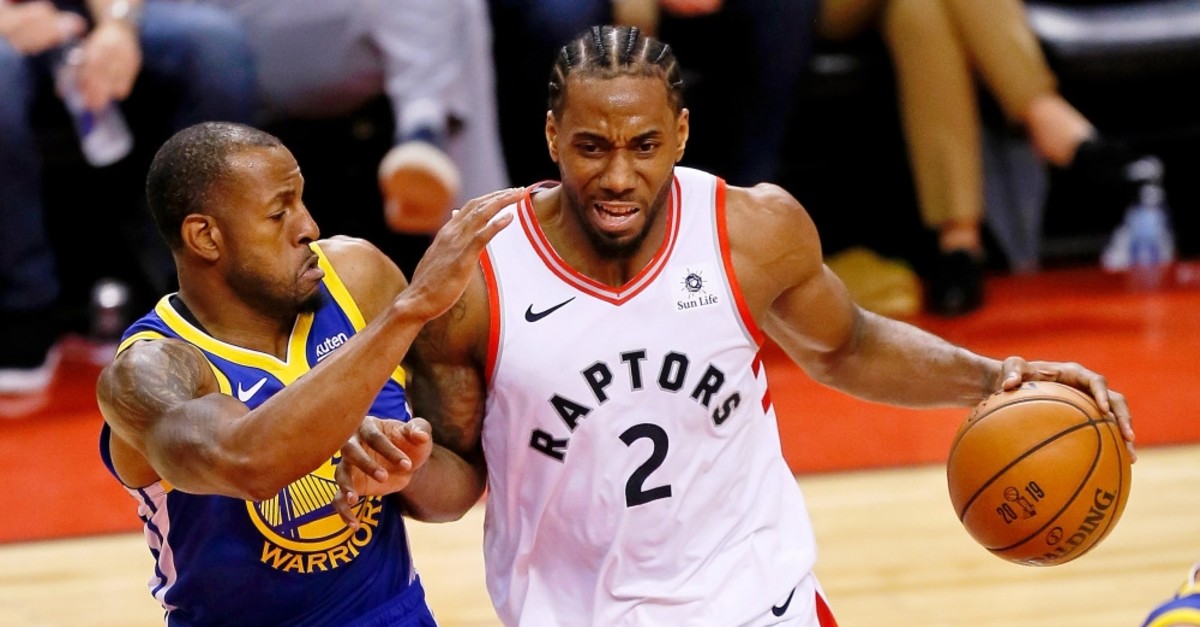 Having come within seconds and a single shot of winning their first NBA title, the Toronto Raptors must cope with the near-miss and a resurgence from defending champions Golden State.

Golden State, seeking a third consecutive title and fourth in five seasons, forced a sixth game Thursday in Oakland with a seventh game if needed on Sunday in Toronto.

"We had a chance to win a championship tonight and we didn't do it. We didn't play well enough," Raptors guard Fred VanVleet said. "We didn't execute enough down the stretch and that stings a little bit, but there's a lot more basketball left to play. "We put ourselves in a good position. Now it's time to look at the film and see how we can get better."

Kawhi Leonard, who led Toronto with 26 points and 12 rebounds, scored eight points in a 12-2 run that gave the Raptors a 103-97 edge with 3:28 remaining, the crowd screaming in delight after Toronto had trailed most of the night. Then came two Klay Thompson 3-pointers and another by Stephen Curry that put the Warriors ahead to stay. Lowry hit a jumper and the Raptors got one final chance after a foul called on Golden State's DeMarcus Cousins. But as Toronto set up the play, the Warriors double-teamed Leonard and forced a pass to Lowry, whose last gasp Green deflected to end the threat. "We tried to get to Kawhi to his right side, they doubled off him. Freddie had a look and he threw it to me in the corner," Lowry said. "Draymond got a piece of it. He blocked it. I'm not going to miss it. He got a little piece of it. Felt great out of my hand. He got a piece of it. That's what great defenders do."

Raptors coach Nick Nurse, who has stressed remaining in the moment, didn't see anything wrong with the final play. "We just didn't quite have enough space there," Nurse said. "It looked like it was going to be a really good shot, an open corner three. I was confident we would come down and make the right decisions and get a good shot. I have a lot of faith in those guys." That comes to shaking off a heartbreak defeat to miss out on the NBA title as well. "I would say it takes a lot to beat this team, and that took a hell of a lot of blows and a heck of a lot of balls bouncing the wrong way in the last couple minutes for us to come out on the wrong side of it tonight," Nurse said. "But I'm super proud of the guys. They played their guts out, kept on fighting, and put themselves in position to win it."

The Raptors will have to try and find ways to contain Thompson and Curry in game six. Curry struck for 31 points and Thompson 26 while the Warriors' 20 total three-pointers were the second-most in any NBA Finals game ever, only trailing the record 24 taken by Cleveland against Golden State in 2017.

"The fact Steph and Klay were able to get off 14 and 13 threes (respectively) is too many. They got off way too many threes," Lowry said.