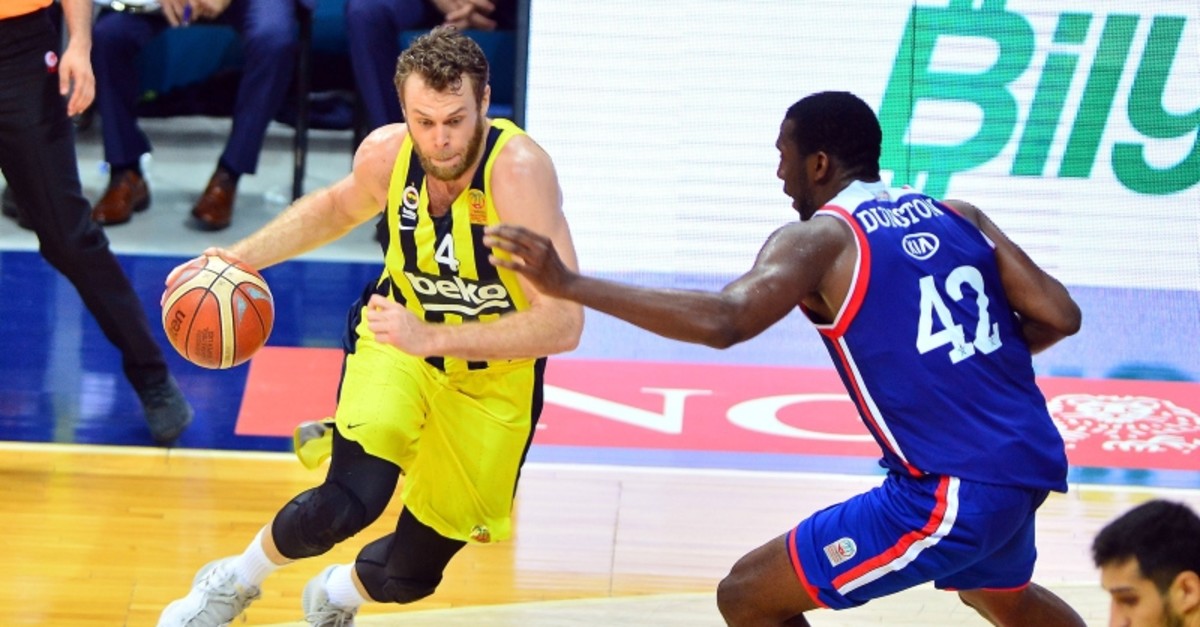 The Istanbul-based basketball club's Serbian shooting guard Marko Guduric was the man of the match against Anadolu Efes, scoring 21 points and collecting six rebounds in 24 minutes.

Anadolu Efes was unable to avoid the away loss but its four players scored in the double digits. The top scorer for the visitors was point guard Shane Larkin with 16 points and three assists.

The first team to four victories will win this season's Turkish basketball league title. The final game of the series will be played at Anadolu Efes' home court Sinan Erdem Dome today.

Anadolu Efes ruled the local league this season while Fenerbahçe dominated the Euro league. The team will be crowned with the top title for the 14th time if it defeats Fenerbahçe in the final series.

Fenerbahçe, on the other hand, holds three consecutive titles in the Basketball Süper Lig. It owes much to the famed coach Zeljko Obradovic who turned the team into a serious rival for Anadolu Efes and helped its rise in the EuroLeague.

There are no tensions on the court but the two teams are at odds everywhere else. The bitter rivalry between Fenerbahçe and Anadolu Efes turned into an escalated feud, especially over Anadolu Efes coach Ergin Ataman's "intimidation" toward Fenerbahçe, Fenerbahçe fans claim.

The veteran coach put on headphones again in Wednesday's match, an act he repeated in earlier games, to block out the chorus of insults from Fenerbahçe fans. Fenerbahçe, on the other hand, has accused Anadolu Efes of not allocating an ambulance for Luigi Datome, who suffered temporary memory loss in Game 5. The Turkish Basketball Federation on Wednesday ordered Fenerbahçe to play two away games without fans as punishment over "ugly insults" by Fenerbahçe fans in Game 5 and slapped the club with a fine.