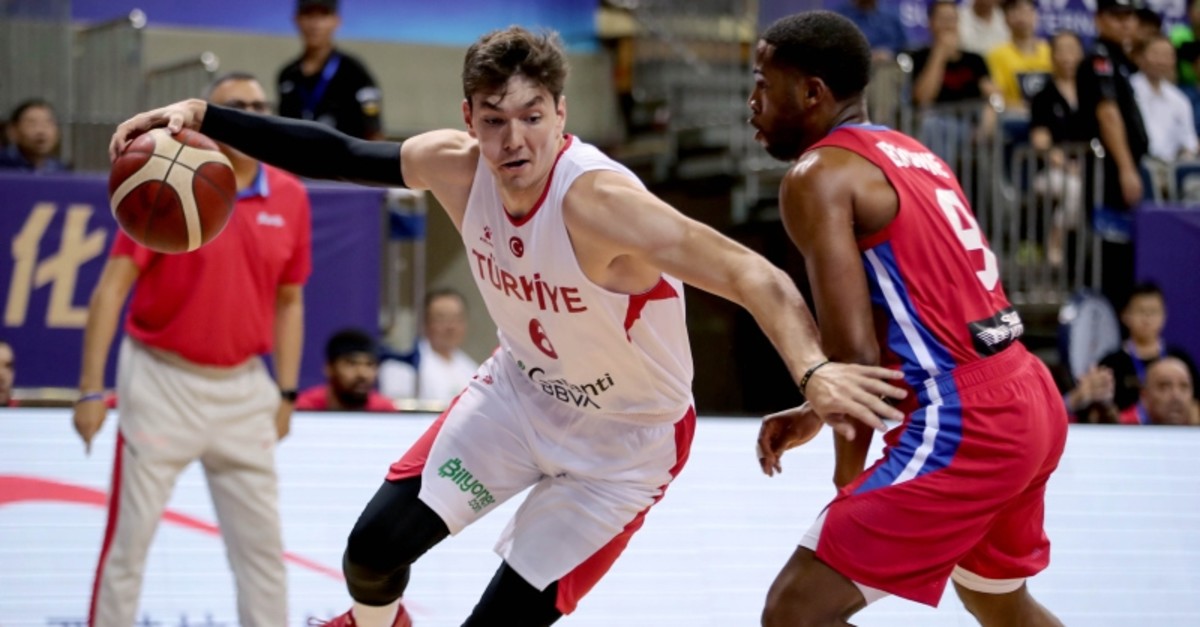 The FIBA Basketball World Cup 2019 kicks off Saturday and Turkey will count on its NBA stars for the ultimate challenge: Team USA that aims for a third consecutive World Cup title

Turkey will be competing in its fifth consecutive FIBA World Cup when the tournament kicks off in China Saturday. It will depend on some familiar faces in Turkish NBA stars Cedi Osman, Furkan Korkmaz and Ersan İlyasova. It has other big-name players too but the trio is the most familiar to Turkey's most serious rival in the tournament, defending champion Team USA.

The U.S. national team, two-time FIBA World Cup winners, will travel to China for its third straight trophy, a first in the tournament's history.

Hailing from a country where the world's best players come to play, the team will consist of young players rather than experienced veterans and most of the lineup are unfamiliar with international games, save for two. Still, this is a well-established team, led by NBA All-Stars Kemba Walker and Khris Middleton.

Team USA has been a force to reckon with in the Olympics but when it comes to World Cup, it won only five of the 17 World Cups to date, a poor performance which might be associated with the length of the tournament.

Turkey competed in its first World Cup in 2002 and also qualified in the next three tournaments. The team pursued a balanced streak in the European qualifiers, with four wins and two defeats and made it to the second spot in qualifying stage's second round where it challenged Spain, Montenegro and Slovenia.

In all the World Cups Turkey participated in, it got off to a good start before things started to go downhill. It has won 13 of 18 group games in the first round of past World Cups and reached the second round in four consecutive tournaments. Hidayet Türkoğlu, who now serves as president of Turkish Basketball Federation, holds the title of top-scoring Turkish player in the World Cup with 230 points.

This year's lineup includes Milwaukee Bucks' 32-year-old power forward Ersan İlyasova, who was also in Turkey's 2010 World Cup lineup. He has been recalled to the team for the first time in five years.

For Cleveland Cavaliers 24-year-old forward Cedi Osman, it will be his second World Cup after representing Turkey in the 2014 World Cup.

Philadelphia 76ers' Furkan Korkmaz, on the other hand, will make his World Cup debut for Turkey. Back in 2014, Osman was among the top players with 20 points against Ukraine in the first round of qualifiers. He followed it with 18 and 19 points against Montenegro and Slovenia, respectively. Furkan Korkmaz also impressed fans with 21 and 23 points against Ukraine and Sweden in the qualifiers. Semih Erden, another former NBA player, will join the trio with his experience. It will be his third stint in a World Cup. Erden holds the title of top scorer in qualifiers for the Turkish team with 85 points. Turkey will play its first match against Japan Sunday and will take on the Team USA next Tuesday. For Turkey, the game against the U.S. will be a rematch of 2010 final, which Team USA won 81-64.