Narrow victory for US over Turkey in FIBA World Cup 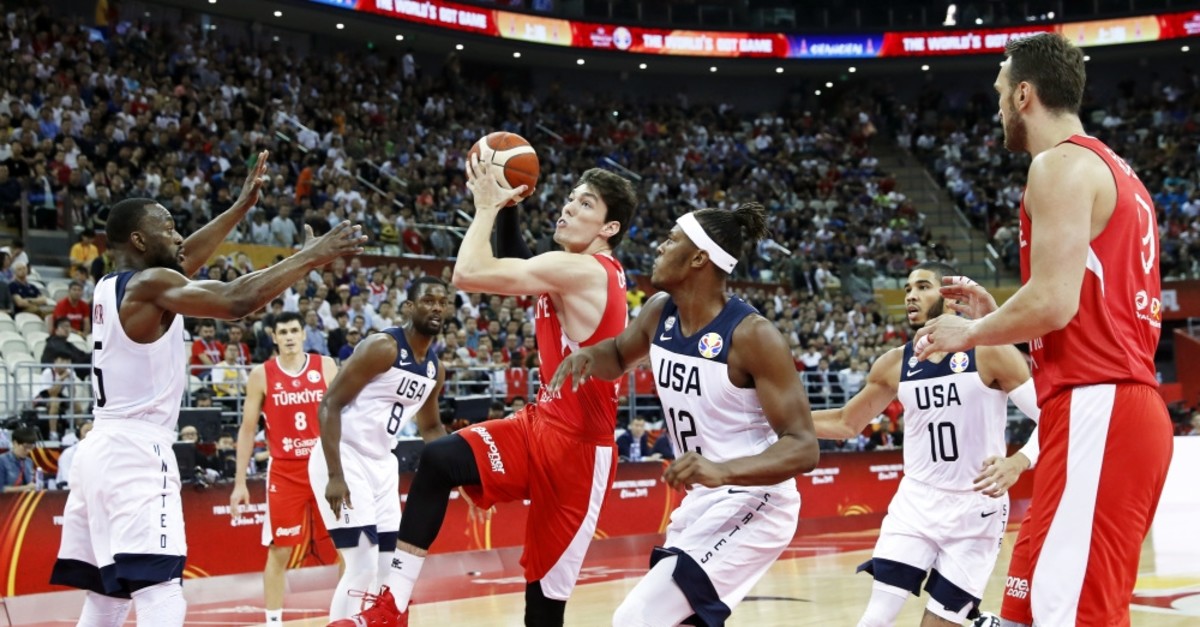 In its second game in Group E, Turkey confronted the tournament's favorite United States at the Shanghai Oriental Sports Center. In front of an audience of 18,000 people, the pressure was high on Turkey where coach Ufuk Sarıca put his stellar five - Doğuş Balbay, Melih Mahmutoğlu, Cedi Osman, Ersan İlyasova and Semih Erden - on the court.

It was a tight race between the world number one and 17th-ranked Turkey up until the last 10 seconds. The Turkish side missed four straight free throws with a one point lead. Khris Middleton was fouled with only 2.1 seconds to the end while Jayson Tatum suffered from an injury. It was also Middleton who scored the team high of 15 points. Ersan İlyasova was the star of Turkish side with 23 points. It was also İlyasova whose jumper was off the mark in the end, failing to bring a much-needed one point for Turkey. Cedi Osman of Cleveland Cavaliers also faced fan backlash on social media when he missed two free throws in the last seconds.

"The score isn't important. What matters is the character you put on on the court, the game you played and the pride you gave us. Turkey supports you. I wish you success in your next games in the World Cup, Twelve Giant Men!" President Recep Tayyip Erdoğan tweeted after the game. In the previous five matches, which also include a 2010 FIBA World Cup final match, Turkey scored a total of 358 points, while Team USA scored 452 points.

Team USA last defeated Turkey 98-77 in the FIBA Basketball World Cup in 2014. Team USA won the World Cup five times, they are also the winners of the last two World Cup editions and last three Olympics. The team is unbeaten in the last 13 years in the World Cup and Olympics as it took first loss to Australia 98-94 in an exhibition match in August. They defeated the Czech Republic 88-67 in the first game of group E.