Serbia's 'jazz school' of basketball in tune at World Cup 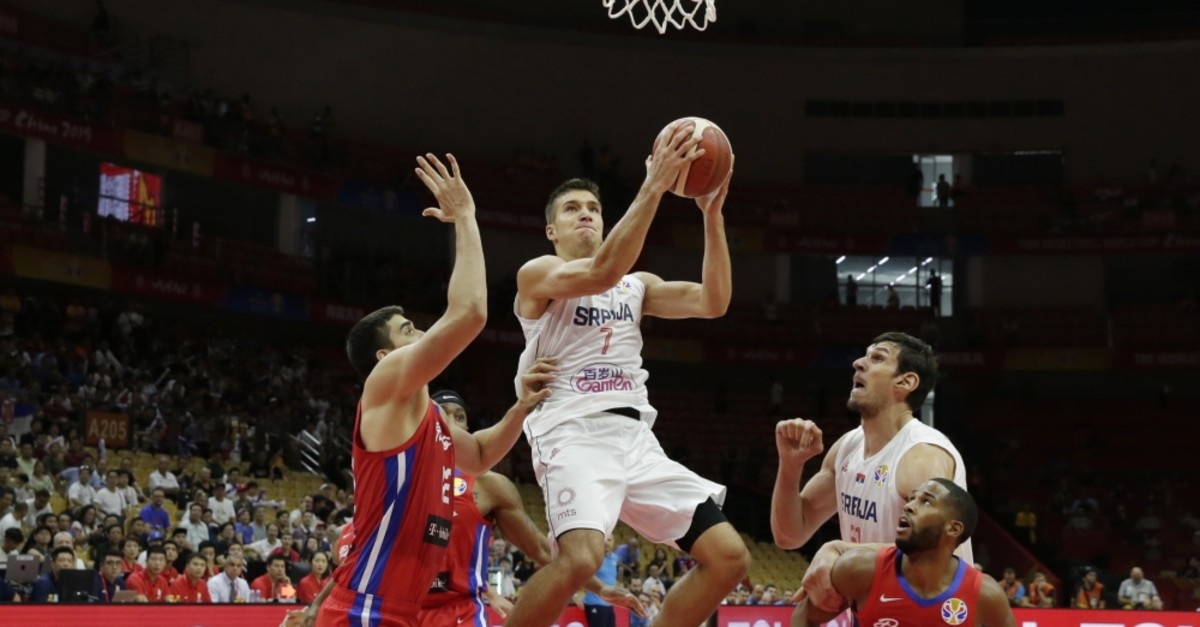 It is one of Europe's poorest countries and has a population of just 7 million, but Serbia's towering basketball team is on course to be world champions at the FIBA World Cup

The Serbian national basketball team sauntered into the second round at the ongoing World Cup in China and have emerged as favorites to win the title, with reigning two-time champions the United States unconvincing so far. But what is the secret behind the Balkan country's enduring status as a giant of the sport, starting with a first World Cup crown as the former Yugoslavia in 1970?

"There is something in this game that perfectly suits our mentality. It's something individual within a collective," says Vladimir Koprivica, age 66, a physical fitness expert who has worked with several successful national teams.

Since the generation of Kresimir Cosic, Ivo Daneu and Nikola Plecas, the champions of 1970, Serbia has continued to churn out a star-studded team every generation.

Today the pillars include Bogdan Bogdanovic of the NBA's Sacramento Kings and Nikola Jokic, the All-Star with the Denver Nuggets. The 27-year-old shooting guard Bogdanovic was one of the outstanding performers during the first round in China. He, like all those before him, is a product of the so-called Yugoslav-Serb school of basketball, whose foundations were laid in the 1950s by four young men whose names are on everyone's lips when it comes to Serbian basketball. In the aftermath of World War II in Belgrade, Nebojsa Popovic, Aleksandar Nikolic, Borislav Stankovic and Radomir Saper set out to spread the game they were crazy about. "These four have set up what makes us different from the others," explains Sasa Jakovljevic, 54, dean of basketball at the Faculty of Sports in Belgrade. "They understood that it was necessary to learn from someone and especially that what was learned should not necessarily be applied to the letter," he told Agence France-Presse (AFP).

Aleksandar Miletic, a sports journalist, describes the free-form style as "jazz basketball." It's "organized improvisation... letting a player out of the collective without harming the team," he explains.

Each founding father played a role in putting Serbia on the basketball map.

After a career on the court, Saper devoted himself to organizing the national federation. Popovic spread the popularity of the game on television.

Stankovic joined basketball's world governing body FIBA and was general secretary from 1976 to 2002.

And the coaching genius came from Nikolic, who dedicated himself to training others and today enjoys a legendary status at home and abroad. "He went to the United States to learn from the source, namely John Wooden, the father of the philosophy of basketball," said the fitness expert Koprivica.

"The Yugoslav-Serb school is therefore a mixture of physical preparation used in the east, plus the philosophy of the game as understood in the west, all of which is then applied to our local specificities."

A succession of wily coaches has sustained the legacy.

"There was always love for the game, but above all, excellent coaches and flawless organization," said Koprivica.

With his piercing eyes and occasionally sharp tongue, current team boss Sasha Djordjevic looks like another straight off the assembly line.

Svetislav Pesic, the Serbian head coach of FC Barcelona, has previously hailed his home country for having "a unique philosophy, a unique approach to youth selection and unique training methods." He led the national team to the world title in 2002, defeating the USA's Dream Team in the quarterfinals in Indianapolis. Another big victory over the U.S., this time in China, would come as no surprise.