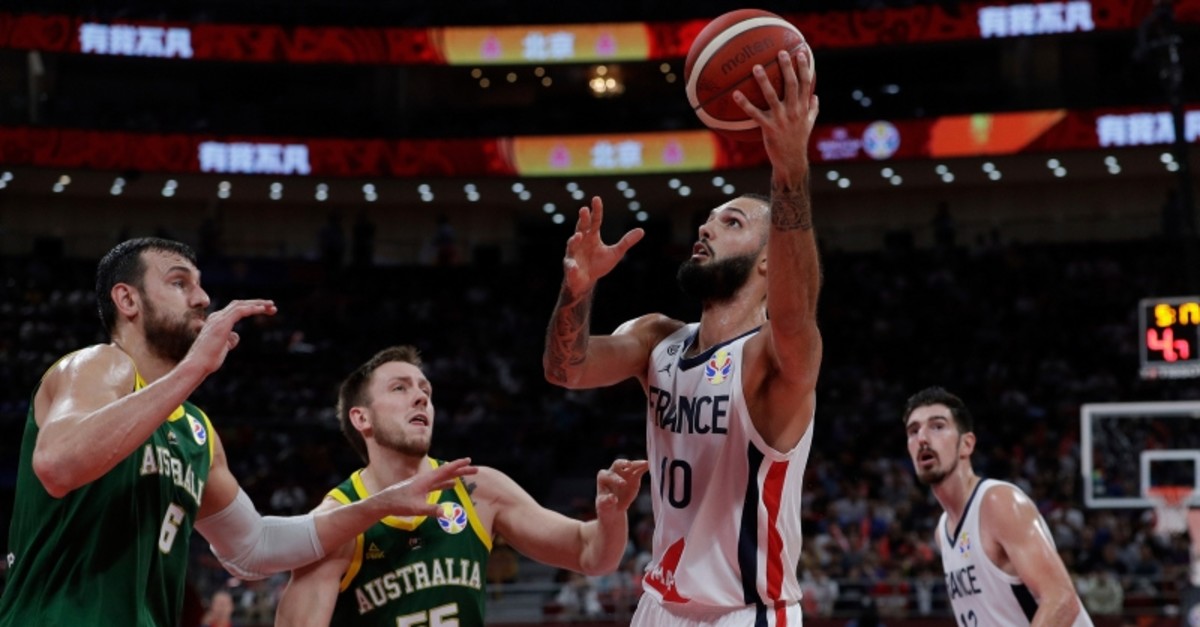 Evan Fournier of France goes for a shot over Andrew Bogut, left, and Mitch Creek of Australia during their third placing match for the FIBA Basketball World Cup at the Cadillac Arena in Beijing, Saturday, Sept. 13, 2019. (AP Photo)
by Sep 15, 2019 1:10 pm

The French, one of the tallest teams at the tournament, defeated reigning two-time holders the United States in the quarter-finals.

It was hard on Australia, who similarly led for long periods in their semi-final against Spain before being hauled back in a double-overtime defeat.

But it is still a best finish for the Boomers, who had never gone beyond the quarter-finals at 11 previous World Cups.

They led 30-21 at half-time in Beijing with the Utah Jazz forward Joe Ingles playing a starring role. He was to finish with 17 points.

France, bronze medalists at the previous World Cup, were in the ascendancy and grabbed the lead 47-46 with two free throws by De Colo at the start of the fourth quarter.

With two minutes left on the clock, the comeback was nearly in the bag, France leading 60-56, before driving home their advantage.

They bossed the fourth quarter 25-13 as Australia's World Cup fizzled out.