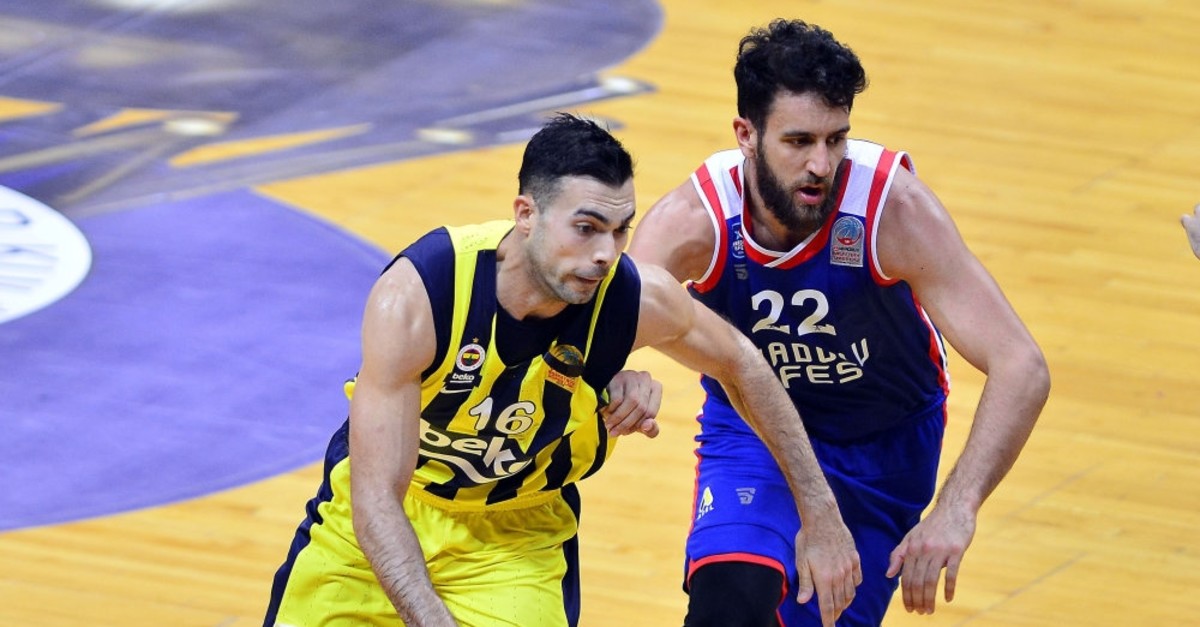 Anadolu Efes and Fenerbahçe Beko, two giants of Turkish basketball, are set to relaunch their bitter rivalry in the Presidential Cup today that pits last season's titleholder against the Turkish Basketball Cup winner

The match between the two teams in Gaziantep, a southern city, will be the 12th presidential cup title for Efes if they win. Fenerbahçe Beko are seven-time winners of the annual event, and their last title was in 2017.

The event will be the first domestic test for both teams as they brace for Friday's THY EuroLeague opener where they will challenge Europe's powerhouses. It will also spark rivalry between two teams whose last season matches were overshadowed by rows between Efes coach Ergin Ataman and Fenerbahçe fans.

Anadolu Efes' new signing Alec Peters say it will be an important test for the team. The 24-year-old U.S. power forward will be on the court for his first preseason game and says he "can't wait" to play. "We had a long training camp and worked hard on our game plan," he told Demirören News Agency (DHA). Point guard Buğrahan Tuncer said they wanted to start the season "with a cup under their belt." "We will face a stronger team with new additions, but Anadolu Efes changed as well. We will miss Adrien Moerman, an important player, but we hope it will be a good opener," he told Anadolu Agency. Versatile power forward Moerman is out for three months after an injury last month. Tuncer only joined training 10 days ago after his stint with the national team but says the rest of the lineup is well prepared. "We are familiar with each other as our lineup remains stable. Everyone knows their duty. We have newcomers but they are hard working and can comply with our gameplay. We have the advantage of stability," he said.

Fenerbahçe Beko's captain Melih Mahmutoğlu said he is hopeful for a good preseason game. Speaking to the club's website, Mahmutoğlu said they have been through a tough training period. "Many of our players played in the FIBA World Cup, and we had limited time to train as a whole team. We had injuries. So, it was not an ideal training period. But I believe in the power of our team and trust my teammates," he said.

Fenerbahçe Beko is one of the most successful clubs in Turkey with 12 championships in the top basketball tier Süper Lig.

Following Zeljko Obradovic's appointment as a head coach of Fenerbahçe in 2013, the "Yellow Canaries" had significant achievements in both national and international organizations, winning the Turkish Airlines EuroLeague trophy in 2017.

The 53-year-old coach previously won the Turkish Basketball Süper Lig title with Anadolu Efes in 2009, Beşiktaş in 2012 and Galatasaray in 2013.