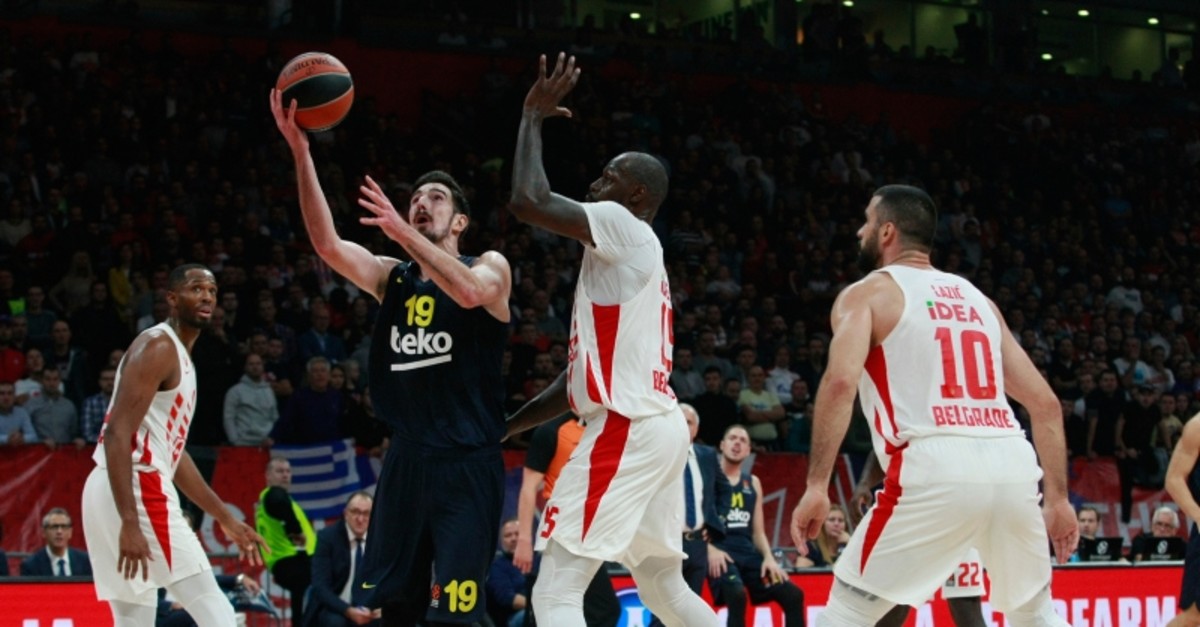 EuroLeague Round Three begins today with a Russian derby between CSKA and Khimki Moscow. Turkish giant Fenerbahçe Beko, meanwhile, will look to end its two-game losing streak when it takes on Baskonia

Round Three of the Turkish Airlines EuroLeague 2019-2020 season kicks off today with last season’s front runner Fenerbahçe seeking to end a two-match losing streak and two top Russian teams going against each other.

Fenerbahçe will host Spain’s Baskonia at the Ülker Sports Arena. The team lost its first two games this season to Real Madrid and Crvena Zvezda.

Fener’s veteran coach Zeljko Obradovic played down the double defeats and said the season has just started, relying on the team’s record of a steady climb to the top by the end of the season.

The next 32 games will ultimately determine its fate, though the same applies to Fenerbahçe’s tough rivals.

Fener’s misfortune was being pitted against Real Madrid in the season opener in a home game that spells defeat for almost every opponent of the Spanish side. However, it failed to continue with a victory against eighth-spot Crvena Zvezda. But again, this was another away match, in front of a fervent crowd.

Obradovic also needs to prove that he did not lose his touch with the team as a third loss at the beginning of a season would be first for the coach.

On the Spanish side, Toko Shengelia leads with 15.5 ppg and is followed by 10.0 ppg of Pierria Henry and 10.0 ppg of Luca Vildoza.

Fenerbahçe’s success against Baskonia helped the Turkish outfit’s rise to the top in EuroLeague in recent years. In 2016, Fenerbahçe defeated Baskonia 88-77 in EuroLeague semifinals and last year, it scored 3-1 against the Spanish side in playoffs.

The Turkish team will have to cover all bases against Baskonia’s impressive Shengelia, who goes into his sixth EuroLeague campaign with Baskonia this season. His size, ballhandling and scoring skills will be intimidating for Fenerbahçe players. The power forward’s main challenger in Fenerbahçe will be Derrick Williams, an all-around agile player with a good scoring record and praised as a great finisher.

Both teams have their share of cons. Fenerbahçe is currently one of the lowest-scoring teams with an average of 66.5 ppg in two games and its two-point accuracy dropped far too low compared to 58.3% last season. For Baskonia, a low score in the 3-point shooting is a downside. It ranks last among EuroLeague rivals with a 24.4% score. Nevertheless, it leads in blocked shots with 5.5 per game.

Speaking to the club’s website, Obradovic says they need “a tough play” to win against Baskonia and they wanted to recover the losses in their first match in front of a home crowd months later. “We have to win so we can regain our self-confidence. We need to remain in the fight from the first to last second. Baskonia is a great team, good both in offense and defense,” he said.

Elsewhere, EuroLeague fans in Russia will be in for a treat today when crosstown rivals CSKA Moscow and Khimki Moscow Region will be on the court for their first derby this season. Emerging unscathed from their first two matches, both teams will wrestle for points but CSKA seems to have an upper hand.

After all, they won all five home games in EuroLeague against Khimki. Khimki, nevertheless, seems to shape up with two home victories against Baskonia and Maccabi Tel Aviv, thanks to new players that fill the void of big names who missed the first two games through injuries.