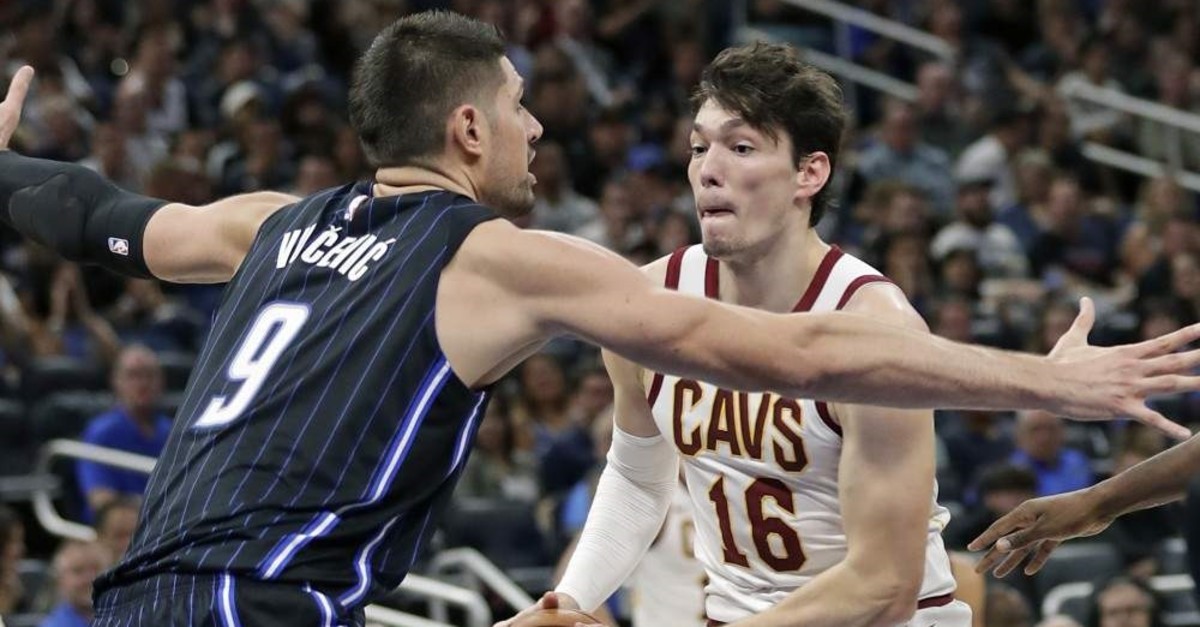 Cedi Osman (right) looks for a way around Orlando Magic's Nikola Vucevic during the second half of an NBA basketball game, Orlando, Oct. 23, 2019. (AP Photo)
by Associated Press Oct 25, 2019 3:02 pm
Cedi Osman has developed from a raw rookie into a dependable starter for the Cavaliers. He'll get to grow more with Cleveland.
Osman and the Cavs have agreed to terms on a four-year, $30.8 million contract extension, a person familiar with the negotiations told The Associated Press (AP).
The sides finalized the deal on Thursday night, said the person who spoke on condition of anonymity because the team has not publicly confirmed the deal. An announcement could be made Friday, the person said.
The 24-year-old Osman has continued to improve for the Cavs, who began scouting the Turkish player as a teenager. The team sees him as part of their young core nucleus along with guards Collin Sexton, Darius Garland and forward Larry Nance Jr.
Osman was in the final year of a three-year, $8.3 million deal he signed in 2017. He was eligible to become a restricted free agent next summer. His extension runs through the 2022-23 season.
He averaged 13 points, 4.7 rebounds and 2.6 assists in 75 starts last season when Cleveland went 19-63. Osman scored 13 points in Wednesday night's season-opening loss at Orlando.
The Cavs host Indiana in their home opener Saturday.
Last Update: Dec 20, 2019 1:14 am
RELATED TOPICS