Turkish, Greek giants clash in THY EuroLeague Round 7 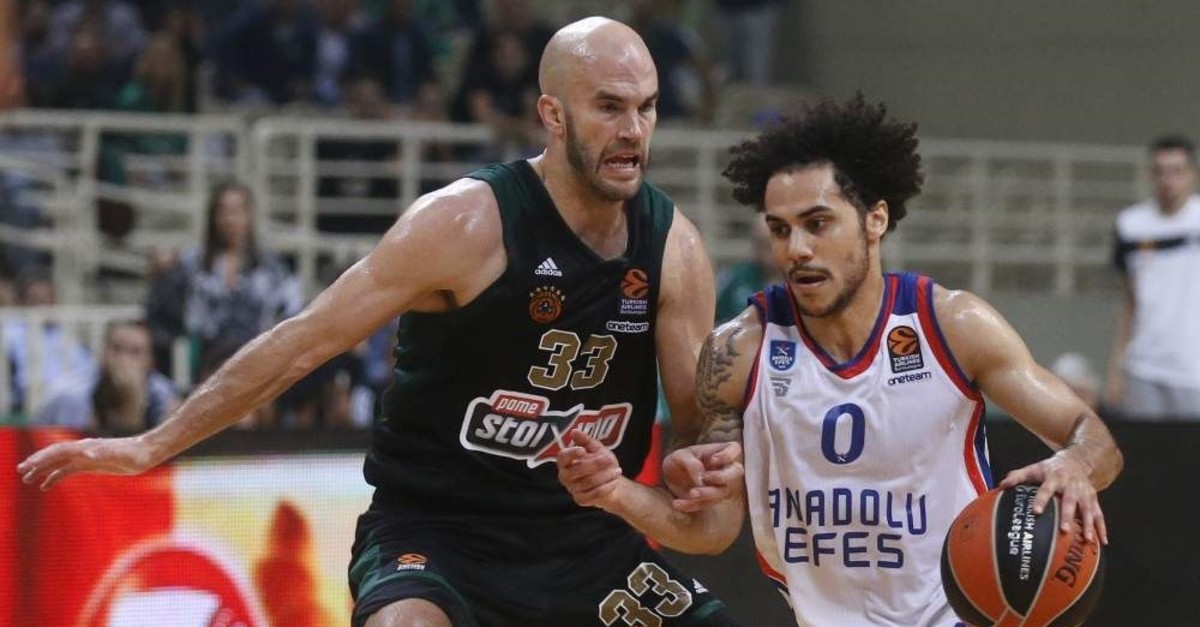 The Turkish Airlines (THY) EuroLeague Round 7 opens Thursday with two Russian outfits Zenit St. Petersburg and Khimki Moscow squaring off.

For Turkish fans, the match to watch is the first game between Olympiacos and Anadolu Efes this season. Though they are familiar with each other, it will be a challenge for the sides as both pursue an exit from the low ranks in EuroLeague. Anadolu Efes sits sixth while Olympiacos languishes in the 14th spot.

Anadolu Efes travels to Greece once again after last week’s loss to another Greek outfit Panathinaikos. The defeat put an end to the Turkish side’s four-game winning streak while Olympiacos is still recovering from two losses at home this season and cannot afford more.
The Greek outfit will rely on Georgios Printezis who has been top scorer with 11.7 points per game (ppg), as well as Kevin Punter and Vassilis Spanoulis who averaged 10.0 and 9.8 ppg, respectively. Shane Larkin, Vasilije Micic and Bryant Dunston are usual top scorers for Anadolu Efes with 17.6, 16.0 and 11.7 ppg, respectively.

EuroLeague changed names and status since 2000 but two teams have been at the center of bitter competition. They played against each other in 42 times, including 38 in the current EuroLeague format. Olympiacos leads the all-time series 24-18 and won five of the last six games.
Anadolu Efes, meanwhile, was the winner of its last game, a February 2019 showdown ended 75-65. The two sides also doubled their competition in EuroLeague playoffs in 2017 but Olympiacos prevailed both times (the first showdown was in 2013) though both series had to use all five games to determine the winner.
Olympiacos’ Serbian center Nikola Milutinov boasts the record of being the competition’s best rebounder with 10.8 rebounds per game, along with 5.3 offensive rebound average. He will go against a former Olympiacos stalwart, Bryant Dunston, who has two EuroLeague Best Defender titles under his belt and ties for fifth place in the league with 4.5 defensive rebounds per game.

Stats point out that the Greek outfit has to be heavy on the offense as it is averaging just 47.9% inside the arc and just 30.2% from downtown. Stats also show an apparently poor team spirit for Olympiacos with only 12.7 assists per game (apg), at the bottom of the league. They will need their best to get past Anadolu Efes’ perfect guard duo of Larkin and Micic.

As for Anadolu Efes, it hit just six of 30 3-point shots in its last EuroLeague game, compared to its previous numbers, 48 of 142.

Coach Ergin Ataman says they need “a tough play” against Olympiacos. Speaking to media ahead of the game, Ataman acknowledged “bad basketball” they played last week against Panathinaikos.
“We are back in Athens and will have another tough rival. We have to play resolutely and tough, to play with better ball circulation in the offense, without any ball losses. They have good players like Milutinov, Printezis and Spanoulis. They are good in major games,” he says.