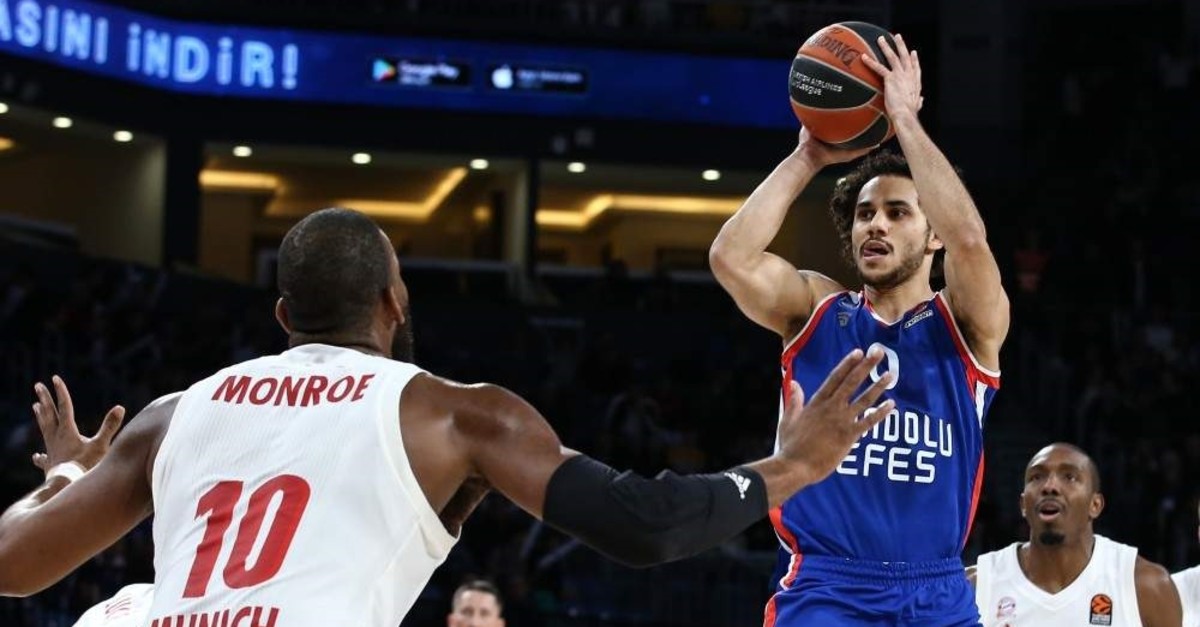 Anadolu Efes’ U.S. superstar point guard has his sights set on this season's Turkish Airlines EuroLeague title, feeling ever more encouraged after netting a record-breaking 49 points. Speaking to Anadolu Agency, Shane Larkin highlighted that he prioritizes his team's success in the European campaign rather than individual goals. "I want to win a championship. So, at the end of the season, if we win the EuroLeague championship, that is all that matters to me. MVP or not, a championship matters the most," he said, referring to the Most Valuable Player Award.

The American-born player dropped 49 points against Bayern Munich in Round 11 on Nov. 29 as Anadolu Efes won the game 104-75 at the Sinan Erdem Dome in Istanbul. Larkin shattered the previous record of 41 points that had been shared by Montepaschi Siena guard Bobby Brown (2013), Efes Pilsen center Kaspars Kambala (2002), Carlton Myers of PAF Bologna (2001) and Alphonso Ford of Peristeri (2001). "We just have to continue to play good basketball as a team, and continue to be myself and remain aggressive," the 27-year-old playmaker said, adding he may win this season's MVP award. Larkin also shared his feelings about his record-breaking night. "It was an amazing feeling to break the record here at home in front of all of our fans. I couldn’t stop smiling once I accomplished the record," he said.

"The fans have been amazing. Every day, they have been telling me how much they love me and how happy and proud they are to have me be a part of Anadolu Efes," Larkin added.