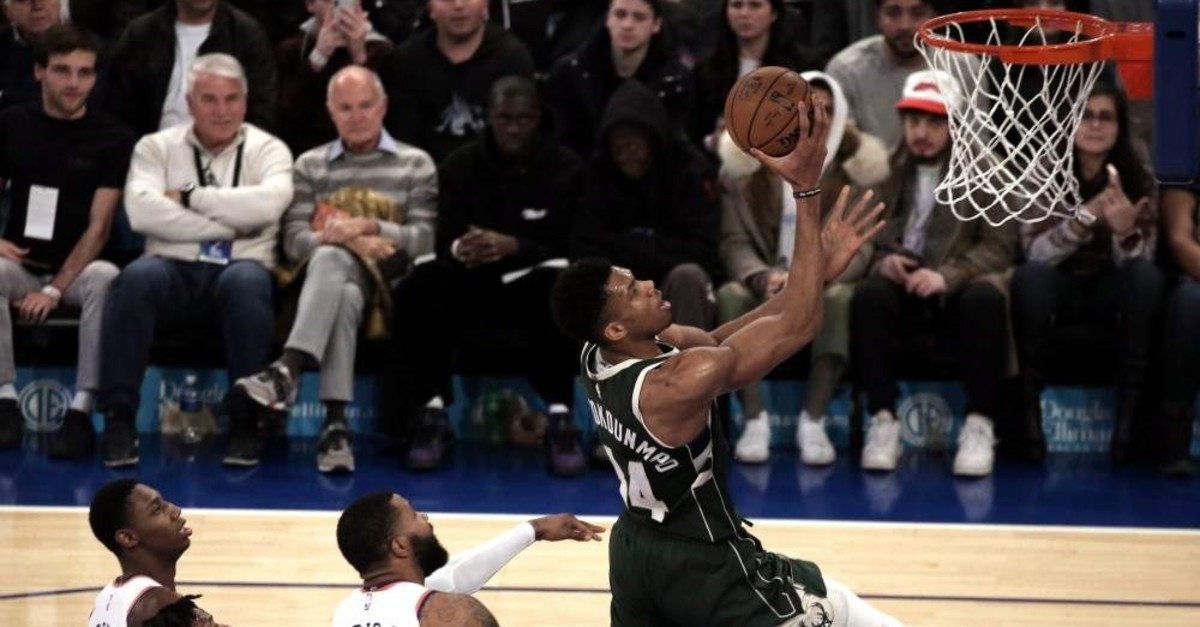 Giannis Antetokounmpo totaled 22 points, 11 rebounds and 10 assists for his third triple-double of the season and the Milwaukee Bucks never trailed to match the best 30-game start in team history with a 123-102 victory over the host New York Knicks at Madison Square Garden on Saturday night.

The Bucks won for the 20th time in 21 games and improved to 26-4, matching the start by the 1971-72 team that won 63 games with Hall of Famers Kareem Abdul-Jabbar and Oscar Robertson.

Listed as probable due to back soreness, Antetokounmpo produced his 17th career triple-double and first in 23 career games against the Knicks.

The All-Star forward shot 8 of 10 from the floor in 26 minutes. He reached a double-double with 8:03 left in the third quarter by rebounding a missed jumper from New York rookie RJ Barrett and reached the triple-double by assisting on a 3-pointer by Donte DiVincenzo that pushed Milwaukee's lead to 78-56 with 6:51 remaining in the third.

Seven Milwaukee players reached double figures as the Bucks shot 48.2%, hit 18 3-pointers and led by as many as 29 points.

Khris Middleton led the Bucks with 23 points while Kyle Korver added 17 and Brook Lopez had 14. DiVincenzo contributed 13 while Ersan Ilyasova and George Hill chipped in 10 apiece.

The Knicks took their second straight double-digit loss to an upper-echelon Eastern Conference opponent and dropped to 3-5 under interim coach Mike Miller.

Julius Randle led the Knicks with 20 points and Kevin Knox added 19 but New York shot 40.2%, missed 21 of 30 3-point attempts and took their third double-digit loss under Miller, who replaced David Fizdale on Dec. 6.

Like their 44-point win in Milwaukee on Dec. 2, the Bucks started quickly, taking a 23-6 lead a little more than four minutes into the game. The Bucks held a 37-23 lead through the opening quarter and a 68-54 lead at halftime after allowing the Knicks to get within 60-52 on a layup by Marcus Morris with 95 seconds left before halftime.

Milwaukee put the game out of reach by opening the third with a 21-7 blitz, took an 89-61 lead on a long jumper by Middleton with 4:15 remaining and built up a 95-70 lead entering the fourth.