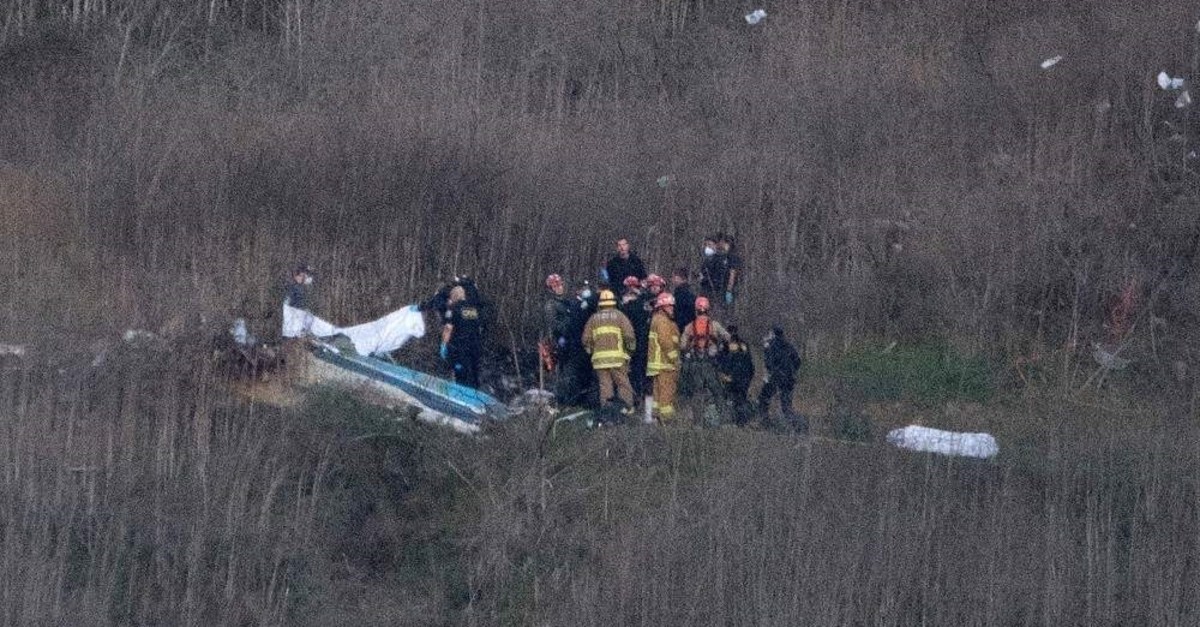 As investigators probed the cause of a helicopter crash that killed former NBA superstar Kobe Bryant, his daughter and seven others, profiles emerged of the victims who perished in the weekend tragedy near Los Angeles.

The following are the victims of the crash:

Bryant, 41, was just an 18-year-old rookie when he wowed the sports world on his way to becoming a National Basketball Association (NBA) legend. He played 20 years for the Los Angeles Lakers, won five NBA championships, was named to the All-Star team 18 times and was twice the league's Most Valuable Player.

He also won gold medals twice as a member of the U.S. Olympic basketball team. In retirement, he coached his daughter's Amateur Athletic Union (AAU) basketball team out of his Mamba Sports Academy training center in Thousand Oaks, California.

Often known by her nickname "Gigi," the 13-year-old was the second oldest of Bryant's four daughters. Both father and daughter took great pride in their love for the game of basketball. They were often photographed together, with the basketball great enthusiastically coaching Gianna Bryant's team at his Mamba Academy.

She had dreams of playing for the University of Connecticut basketball team and one day in the WNBA, her father told the Los Angeles Times last year. Kobe credited his daughter's enthusiasm for the game with rekindling his interest during retirement.

Ara Zobayan, a commercial helicopter pilot and flight instructor, was flying Bryant's private chopper when it crashed into a hillside near Los Angeles and burst into flames.

He was the chief pilot for Island Express Helicopters, the aircraft's owner, the company said in a statement. “Ara has been with the company for over 10 years and has over 8,000 flight hours," the company said, adding that it was working closely with the National Transportation Safety Board (NTSB) to investigate the crash.

According to Homendy, the pilot had asked for and received special clearance to fly in heavy fog just minutes before the crash and was flying at 1,400 feet (427 meters) when he went south and then west.

Several aviation experts said it is not uncommon for helicopter pilots to be given such permission, though some thought it unusual that it would be granted in airspace as busy as that over Los Angeles.

But Kurt Deetz, who flew for Bryant dozens of times in the same chopper that went down, said permission is often granted in the area. "It happened all the time in the winter months in LA," Deetz said. “You get fog.”

A basketball teammate at Mamba Academy, Alyssa was the youngest daughter of John and Keri Altobelli. Bryant in the past used Instagram as a megaphone to praise Alyssa's moves on the court, sharing video of Alyssa with his 16.7 million followers with comments like "This is GREAT defense by ... Alyssa Altobelli."

A beloved baseball coach at Orange Coast College, John Altobelli, 56, was known as Coach "Alto." Athletics Director Jason Kehler in a news release called him an outstanding mentor to students and athletes, saying "he treated them all like family and his impact will live on forever." He was about to start his 28th season coaching the Orange Coast team, having won his fourth state championship just last year, the college said. He would often fly with his daughter to attend her basketball games with Bryant's team.

The college confirmed their deaths in a statement.

"John meant so much to not only Orange Coast College, but to baseball," the college's athletic director Jason Kehler said in a statement. "He truly personified what it means to be a baseball coach. The passion that he put into the game, but more importantly his athletes, was second to none – he treated them like family."

Keri Altobelli was a wife, mother and a big basketball fan when it came to her daughter's team. She and John are survived by son J.J. Altobelli, a Red Sox scout, and daughter Alexis Altobelli.

"I got three small kids and am trying to figure out how to navigate life with three kids and no mom," her husband Matt told NBC news.

Sarah and Payton Chester, a mother and daughter, lived in Orange County and died in the crash, family and friends said.

"They had to get on the helicopter as a convenience today; they usually drove by car," Payton's grandmother Catherine George told NBC.