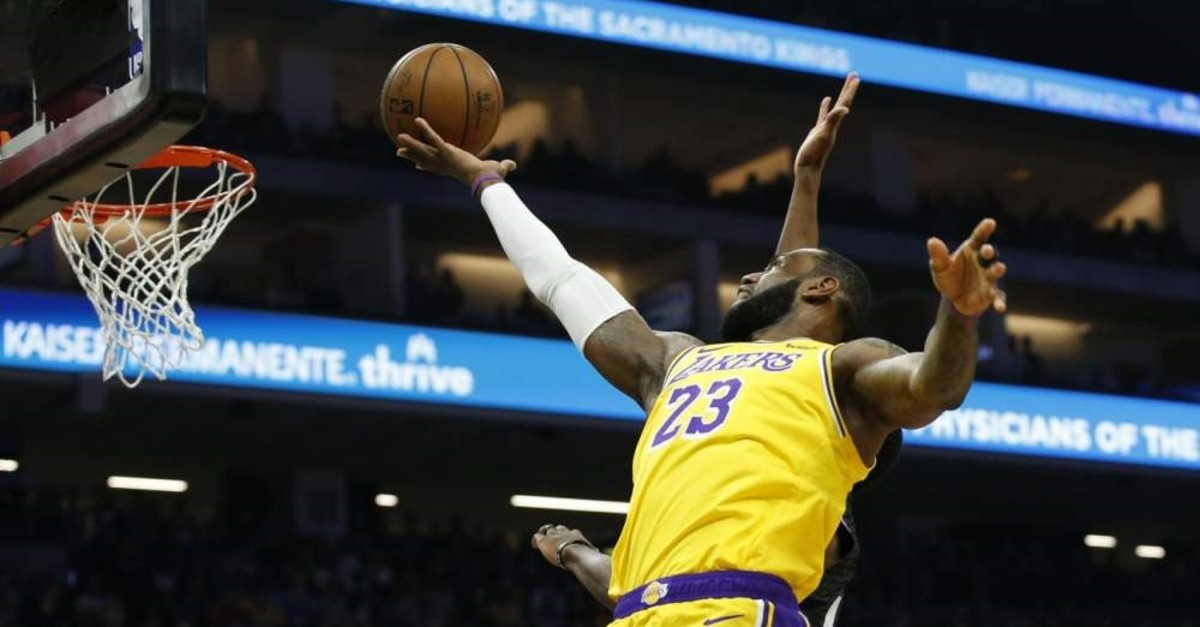 Superstars LeBron James, Steph Curry, and James Harden were named in a 44-strong pool of players in contention for spots on the U.S. Olympic basketball team

Two-time gold medalist and three-time Olympian LeBron James was among 44 players announced by USA Basketball on Monday as finalists for the team that will play in the Tokyo Games this summer.

The pool includes 19 players who have won a total of 31 gold medals in either Olympic or World Cup competition for the Americans – including nine players who captured the Olympic title for USA Basketball in Rio de Janeiro four years ago.

“I’ve always maintained that equity is important,” USA Basketball managing director Jerry Colangelo told The Associated Press. “And you earn equity by participating. So, we think they’ve earned the right to be named to the overall roster for USA Basketball. It’s pretty elite. It’s a tremendous pot and the good news is they’ve all said they want to play.”

James has played in 68 games for the U.S. national team and has said several times over the past year or so that he is thinking about another Olympics – after sitting out the Rio Games for a variety of reasons. Part of the interest in participating this summer is to have the chance to play for U.S. coach Gregg Popovich of the San Antonio Spurs.

“My name is in the hat. It's always predicated on how my body feels at the end of the season," James said. “I am hoping to make a long playoff run and then where my mind is and where my family's head is. There are a lot of factors.”

There will be no tryouts. USA Basketball will pare the list down to a 12-person Olympic team by early June, those decisions to be made by a selection committee – and to be based in part on player availability and health. Training camp will start in early July, potentially as little as two weeks after the end of the NBA Finals. The Olympics start on July 24.

“I want to play," said Portland's Damian Lillard, one of the finalists. “I think, looking at my career and all the stuff I want to accomplish before it's over, winning a gold medal at the Olympics is on the list. I was happy to see my name on there, obviously, and hopefully, I'll be a part of the team."

USA Basketball officials, including Colangelo and Popovich of the San Antonio Spurs, have met with players in a variety of ways over the past several weeks. Some talks have been directly with players, some with their agents, some with their NBA clubs, sometimes a combination thereof – and, Colangelo noted, there were some instances where players reached out directly to express interest.

Also included in the pool: 15 of the 16 players from the U.S. who are scheduled to play in Sunday’s NBA All-Star Game, and all 12 members of the team that represented the U.S. at last summer’s Basketball World Cup in China – where the Americans managed only a seventh-place finish after roughly three dozen players who were on the list at some point dropped out along the way.

And those with World Cup or world championship gold medals for USA Basketball, but no Olympic gold to this point: Golden State’s Stephen Curry, Cleveland’s Andre Drummond and Denver’s Mason Plumlee.

James and Paul won Olympic gold in Beijing in 2008, and James was part of the team that won bronze in Athens in 2004. If James joins this team, he will become the second four-time men’s basketball Olympian for the U.S. – joining Carmelo Anthony.

“I’m looking forward to coaching the U.S. Olympic Team, and I’m excited about the potential and possibilities this team has,” Popovich said.

The Olympics could be a return to the court for players like Durant and Thompson, who have missed the entirety of this NBA season with injuries. Durant’s recovery from Achilles’ surgery is at the point where he’s doing some on-court work and Thompson has said he would like to play if his surgically repaired knee is up to the challenge.

“The reason we have this big roster is a lot of things happen, a lot of variables,” Colangelo said. “And what’s to say what's going to happen from an injury standpoint between now and June. We don't know. So we have the rest of the season to monitor, to watch. But when we select our 12, they will be 12 who are absolutely in with all fours.”