The texture of et cetera itself 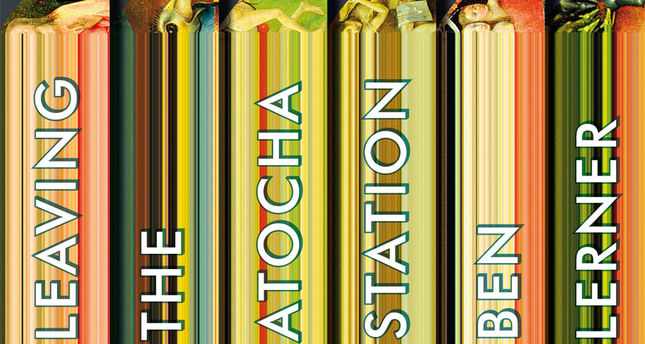 by Kaya Genç Apr 09, 2014 12:00 am
ISTANBUL — When I visited London last year, many young literary people I met told me about how much they admired Ben Lerner's first novel "Leaving The Atocha Station," finally published in Turkish this month.

Born in 1979, Lerner is a novelist and poet who has deservedly made a name for himself with his beautifully tuned sentences. For many English speaking writers and poets I met in the U.K., Lerner's novel was one they wished they had written themselves.

Lerner seemed to have captured the reality of life in mid-2000s Europe as well as a poetic sensibility that exists within it. Lerner's sentences spoke in a register his readers found familiar. 2004, the year in which his book takes place, seems full of both disappointments and opportunities. This is an era in which people seem to wander aimlessly, but still manage to make discoveries during their sleepwalking. The world Lerner depicts is unpredictable and therefore open to the possibilities of freedom. It is perhaps this freedom, more than anything else, that defines the character of Lerner's protagonist, Adam Gordon.

He is a young poet on a fellowship in Madrid. The first sentence nicely summarizes the themes and style of the whole book, and introduces us to the masterfully tuned voice of the narrator:

"The first phase of my research involved waking up weekday mornings in a barely furnished attic apartment, the first apartment I'd looked at after arriving in Madrid, or letting myself be woken by the noise from La Plaza Santa Ana, failing to assimilate that noise fully into my dream, then putting on the rusty stovetop espresso machine and rolling a spliff while I waited for the coffee."

On the face of it Adam is busy with his research project. But we realize early on that he is more interested in the noises of the city and the quality of the coffee he prepares with his espresso machine. Three things are most likely to stay with you after finishing the book: Madrid, the city's coffee culture and Adam's ideas about poetry. Adam spends most of his time looking at great art, smoking joints, drinking and wandering on streets. He looks like a modern day Baudelaire although he is very focused on his status as an American citizen in the wake of his country's wars in Afghanistan and Iraq.

He feels quite guilty about the then president, George W. Bush and his aggressions. Nevertheless fellow intellectuals scold Adam for writing poems when the world is in such a disarray. Adam tries to make meaning of his experiences, and takes a careful look at what Lerner calls "the texture of et cetera itself." When he visits the Prado Museum, for example, he wonders what it is that a museum guard does:

"On the one hand you are a member of a security force charged with protecting priceless materials from the crazed or kids or the slow erosive force of camera flashes; on the other hand you are a dweller among supposed triumphs of the spirit and if your position has any prestige it derives precisely from the belief that such triumphs could legitimately move a man to tears."

During his residency in Madrid, Adam struggles to finish his poem about Spanish Civil War's literary legacy. He loses his way quite a few times, literally and figuratively. He masters Spanish language although he can't admit to this. He sees two Spanish girls, Isabel and Teresa, both of whom he falls in love with. He sleeps with them but he can't consider himself a boyfriend to either of them. Like the cloud in Wordsworth's famous poem, he wanders in the city all alone. In one of the most interesting scenes of the book we get a glimpse of the immediate aftermath of the 2004 Madrid train bombings. Adam sleeps at the Ritz the previous night and sees ambulances rushing to the Atocha Station with little idea of what just happened. The attack leads to protests and Adam witnesses how a generation tries to define itself politically in the following days.

At the end of the book, during a very tense literary event, Adam struggles to control his demons but experiences a minor emotional meltdown. It is exciting to put ourselves in Adam's shoes. He is a good reader, among other things. Tolstoy is one his favorite authors and there is a Tolstoian quality in Lerner's descriptions of the texture of et cetera itself which makes this book a delight to read.
Last Update: Apr 09, 2014 6:43 pm
RELATED TOPICS