The woman and the fury 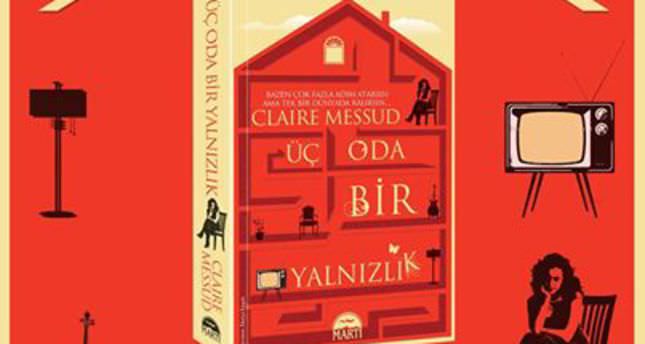 by Kaya Genç Apr 18, 2014 12:00 am
ISTANBUL — According to a friend of mine, the protagonist of Claire Messud's new book "The Woman Upstairs" is a loser. I won't tell you my friend's name, but I can tell you about Messud's protagonist. Nora Eldridge, a 37-year-old school teacher in Cambridge, is the narrator of her own tale and although she doesn't use the word loser to describe her character, she often acts like one.

Nora is a furious character. Like Furies in ancient Greek tragedies, she demands justice and she is willing to get revenge for the wrongs society has done to her. "How angry am I?" she asks in the opening sentence of the book. "You don't want to know. Nobody wants to know about that."

Throughout the book, Nora uses the word "spinster" in four different occasions to describe herself. She is unmarried and she has no children.

But she is not an eccentric or marginal figure. On the contrary, it is her ordinariness and normalcy that make her life so unbearable and her demand for a new life so poignant. "It was supposed to say 'Great Artist' on my tombstone, but if I died right now it would say 'such a good teacher/ daughter/ friend' instead," she muses. That she had left most of her passions unrealized fills her with rage. She is jealous of old friends lucky enough to realize their artistic dreams.

When a new boy enters her class in a scene reminiscent of Charles Bovary's first appearance in Gustave Flaubert's "Madame Bovary," Nora sees a way out of her boring life. Reza fascinates her with his character and outlook. Exceptional, adaptable, compassionate, generous, intelligent, quick and sweet are among the adjectives Nora uses to describe his character. Messud places the action of her novel in the George W. Bush era.

With Republicans in power and numerous wars overseas, Muslims are having a difficult time, both in the Middle East and in the U.S. Islamophobia is on the rise and it shows its face even in Nora's ostensibly innocent elementary school. If your name is Reza and you come from a Muslim background, then it is likely that the enlightened members of white America will label you as a terrorist. When Owen, a bully, calls Reza a terrorist and punches him the ear, Nora calls Sirena Shadid, the boy's mother, to discuss the situation. This flamboyant and beautiful woman is an artist who speaks English with a thick foreign accent. Her family had recently moved to Massachusetts from Paris. Sirena's husband is a Lebanese academic and political pundit.

He also happens to be a very attractive man.

Messud does a good job at bringing us into the dark corners of her narrator's mind. Just look at how she shows us the reticence of Nora in this scene where she tries to decide on a place to meet Sirena. "I prefer Starbucks, where the food is frankly bad and there's no awkwardness about avoiding it. It's difficult, though, to suggest Starbucks to someone from Paris," says the narrator.

This voice, so full of self-doubt and self-pity, fails to transfer itself into something else until the end of the book. In every stage of her friendship with Sirena, Nora's anxieties continue to make life miserable for her. She idolizes Sirena and falls in love with her, although it is a non-physical kind of love. Nora also falls in love with Sirena's husband.

She confesses to adoring the Shadid family as a social unit. With their cosmopolitan outlook, they provide her with an opportunity to change her life. We watch Nora as she creates special miniature rooms where she represents important moments in the lives of artists she adores. We watch her as she thinks of Virginia Woolf 's last moments and turning that into a work of art. We watch her as she rents a studio with Sirena and helps her with her new artistic project. In her new life as an integral part of the Shadid family, Nora continually represses her sexual desires and this only helps to increase her frustrations. Her image in the eyes of society (the nice, safe, single woman) proves too difficult to change. Seeing Sirena reach new heights in her career without her at her side devastates Nora. Her hatred reaches a terrifying level at the end of the book. Her final image reminded me of Stephen King's similarly furious protagonist Carrie, who can burn things that infuriate her simply by looking at them. Nora almost manages to burn the things that anger her the most by writing about them.