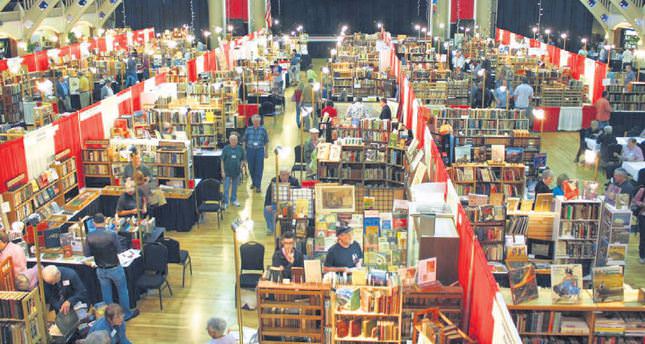 ISTANBUL — By the end of this year, the Ministry of Culture and Tourism will have participated in 15 book fairs in 14 different countries with well-organized workshops supported by the Turkish publishing sector. "Turkey has a rich culture and literary heritage," said Hamdi Turşucu, chief of Turkey's General Directorate of Libraries and Publications, which is working in collaboration with the Ministry of Education, Yunus Emre Institute, Turkish Cooperation and Coordination Agency, Turkish Historical Society and Directorate of Manuscripts on the initiative of introducing Turkish literature abroad. "Turkey has recently been an honorary guest in Hungary. We organized a Turkish stand to demonstrate the art of marbling and calligraphy to foreign audiences," Turşucu added.

Turkey recently took part in international book fairs organized in Paris, London, Budapest, Abu Dhabi, Bologna and Sarajevo and is set to take part in a series of other book fairs in Tehran, Warsaw, Book Expo America, Beijing, Moscow, Frankfurt, Tunisia and Istanbul. As a part of the Translation and Publication Grant Program of Turkey, 559,000 books by famous Turkish authors from 20th century writer and poet Sait Faik Abasıyanık to modern day writer Elif Şafak were translated into 56 languages in 61 countries.