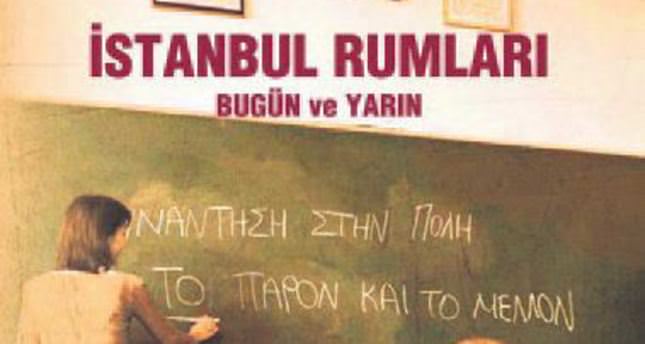 Professional translators and amateur enthusiasts in the Greek language alike flocked to a translation workshop being held by Istos last weekend in Istanbul.

Anna Maria Aslanoglu, an Istos editor and founder says that although contemporary Greek literature is already being translated into Turkish, that work mainly comes from English and French adaptations. "Although some of the translations are very good, translation from another translation can remove the real meaning,"

Aslanoglu says. Istos removes this middleman approach. Aslanoglu claims that Turkish and Greek, which share close historical ties, are easier to translate directly. If there is another Western tongue in the process then the language loses meaning, she says.

Fellow editor and Istos founder Seçkin Erdi mentions well-known Greek poet Constantine P. Cavafy. Despite the fact that Cavafy's works have been translated into Turkish various times from Western languages, Erdi says, "Translating Cavafy directly from Greek to Turkish is different." "There is a cultural richness in this country. Turkey's publishing history is multicultural and multilingual despite it being interrupted during the transition period from the Ottoman Empire to the republican era."

Istanbul-Greeks were one of the largest minority groups in the city until World War I. The population exchange between Greece and Turkey after World War I decimated the number of the Greeks living in Turkey.

The "wealth tax" regulation of 1942 which resulted in many non-Muslim minority groups losing their assets and the 1955 attacks (also known as Sept. 6-7 incidents) on Greek minority groups in Turkey decreased the number of Greeks in the country.

In 2012 Istos published a book titled "Abeyances and Ramps," by Hristos Anagnostopulos.

It is a semi-autobiographical work about a group of Greek Cypriots coming to Istanbul, the first such book published by an Istanbul-Greek in the Greek language in 50 years.

Another original work published by Istos is titled "Can I Speak, Father?," a memoir written by fellow Istanbul-Greek Yani Vlastos who migrated to Greece in 1979.

Erdi also hinted at a new release coming in September: "Leisure of Filotheos," an 18th century fictional novel to be published dually in contemporary Greek and Turkish. The last Greek-language magazine in Istanbul was "Pirsos," the brainchild of veteran publisher, musician and translator Panoyat Abaci. Pirsos survived as a weekly publication until the 1960s.

The interest between these two neighbors' languages continues to grow. Just this week a Greek newspaper printed a headline in Turkish as a mark of solidarity with those affected by the Soma mining disaster.
Last Update: May 20, 2014 1:59 am
RELATED TOPICS