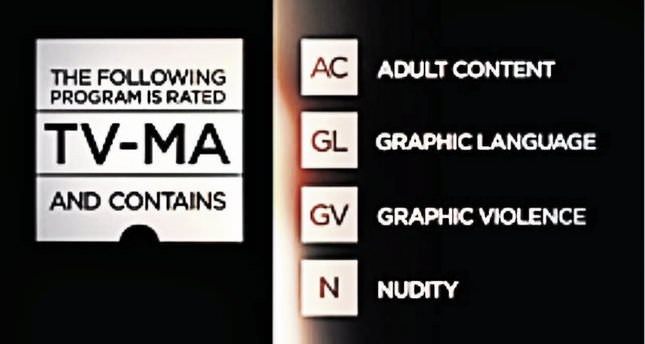 by Kaya Genç Jun 09, 2014 12:00 am
Imagine yourself as an undergraduate student with a troubled history. You suffer from a traumatic disorder. You have been subjected to racism in the school-yard. You have been discriminated against because of your ethnic background or spiritual beliefs. You have been subjected to physical or sexual abuse during your childhood. Then, one day, you go to college and find yourself being forced to face your trauma in front of your professors and fellow pupils. They are not as sensitive to those issues because they did not have similar experiences. They had never been prohibited from speaking their native tongues; they had never been told to change their outlook to enter public spaces; they had never been bullied because of their religious or ethnic backgrounds or sexual preferences. Imagine this in your sophomore literature class. The professor assigns students to read a book that contains a large dose of discriminatory ideas that remind you of your experiences. Another book features a scene of sexual as-sault that is reminiscent of your horrific experience. You don't know how to deal with those texts that trigger your traumas in front of people who are not your close friends.

When I was in college, we would wait until the "discussion hour" at the end of our courses to deconstruct (i.e., to destroy) any trace of sexism, racism or bigotry the author might have put in her book. Nowadays those things are done differently, at least in the U.S. where "trigger warnings," or TWs, offer a way to wage preemptive strikes against texts that have the potential to trigger traumas. In the University of California, professors alert students of content that can bring memories of traumatic experiences to the pupil's mind. The trigger can be a violent scene in a Shakespeare play or the dramatization
of colonialism in Chinua Achebe's great post-colonial novel, "Things Fall Apart." Last month, the New York Times reported how Oberlin College in Ohio has advised its faculty members against Achebe's book, which may "trigger readers who have experienced racism, colonialism, religious persecution, violence, suicide and more." In Rutgers, there were
even suggestions about putting a TW at the beginning of F. Scott Fitzgerald's "The Great Gatsby" about scenes containing violence and domestic abuse.

An early example of trigger warnings appears at the beginning of DW Griffith's 1915 film "The Birth of a Nation," which portrays blacks as heinous rascals that betray their enlightened, white masters by way of stealing their women, money and privileges. Griffith's film glorifies the Ku Klux Klan, white supremacy and the idea that there always exists "traitors" who stab the nation in the back and bite the hand that feeds it. A short text appears at the beginning of the film, warning the viewers about the racist content of "The Birth of a Nation," which all film students were expected to see when I was in college.
Hatred against the other is a typical motif in anti-Semitic and Islamophobic propaganda today: The unenlightened, alien other should be taught a lesson and is never to be trusted. This strain of discriminatory discourse, which had also influenced the Turkish novel and historiography in numerous ways, has a simple message: Only the strongest deserve to survive, and the weak, effeminate ones are doomed to extinction. Consequently, such books feature Apollonian protagonists (mostly soldiers, masculine fighters) who realize the truth of social Darwinism at moments of great crises. In contrast, shady figures (be they blacks, Jews or Muslims) try to interfere with the "order of things," which favor the enlightened white male over all other figures. Meanwhile, women are portrayed as weak, immoral creatures; and dandies and liberals are seen as effeminates that are in the pay of shadowy foreign institutions. Only the young, strong, muscular male, who is ready to destroy the weak, deserves to survive.

Fortunately, many attempts have been made by Turkish NGOs and academic organizations to erase such traces of discriminatory discourse from school curriculums. And this is where TWs may be helpful for educational institutions in Turkey. If we really need to assign discriminatory, racist, sexist works to pupils in college, then let's place big trigger warnings on their opening pages. This way, the trauma sufferer can at least take comfort in the knowledge that although it might have been okay for an early 20th century author to be a racist, sexist bigot, it is not okay today nor will it be okay in the future.