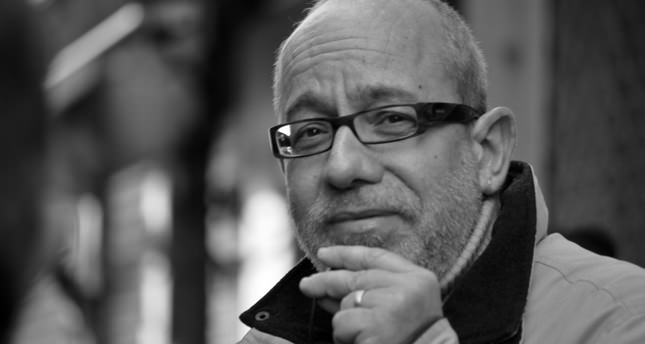 by Daily Sabah Jul 25, 2014 12:00 am
Culture Minister Ömer Çelik condemned attacks on one of Turkey's most acclaimed novelists, Mario Levi, who has become the subject of a smear campaign due to his Jewish background.

One of the acclaimed modern novelists in Turkish literature, Istanbul-born Mario Levi, was the subject of an unfair boycott campaign related with Israel's on-going assault on Gaza. As a member of a Jewish family living in Istanbul, Levi's books have been mentioned among the boycotted Israeli products circulating on social media. The senior author stated his feelings via Twitter: "My books are listed by some circles among the Israeli products to be boycotted. I witnessed such an occurrence in my beloved and beautiful country." Turkey's Culture and Tourism Minister Ömer Çelik also shared a statement on his official Twitter account: "The reactions shown against those who killed victims in Gaza are entirely right. They are necessary for the sake of mankind, dignity and conscience. These are all against tyrannies.

However, those who are turning this into a reaction against Jewish people in general and Turkish citizens of Jewish descent in particular have no right to do it at all. It is unacceptable and must be rejected. The provocative reactions against Turkey's prominent author Mario Levi are ultimately wrong. It is a hate crime." In addition, Prime Minister Recep Tayyip Erdoğan has recently expressed his displeasure with the racist discourse toward Israel, which has reached an unacceptable stage. During one of his speeches, Erdoğan said that Turkish citizens of Jewish descent and the country of Israel are different for him. "I would like to stress one critical point about Israel. They are oppressing people [Palestinians] not because they are Jewish, but because they are a terror and tyrant state. The common point is they hate people, the creatures of God. Once someone begins to oppress someone else, he is unable to limit himself. Those who are trying to legitimize oppression through religion and sectarianism are miserable [people] using religions as a means to implement their dirty oppression," he said. Erdoğan further said that the Turkish government cannot accept Jewish oppression. "This is because Judaism is not a religion that makes killing women, children and innocent people in a despicable way legitimate," he concluded.

Speaking to Daily Sabah, Levi expressed his "deep sadness" regarding the tweet, posted a week ago, that called for the boycotting of his books. He later sent the aforementioned allusive tweet as a response. Levi said he was impressed by people's support. "Their support showed me the bright face of my country. Those who attempt such actions are not aware of the extent of what they have done. However, I realized there are many people who support and love me. Their support is what makes me cling to life. I think we should look at this occurrence from this aspect," he said. "Every cloud has a silver lining. What is more, I saw the support of the people without exception. Among them are Muslims, seculars, atheists and other people who describe themselves in different terms," he added. Levi said there is only one important thing for him. "I wish to be mentioned with my books. As everyone, I have political and religious views. If my political views surpass my perspective in literature or overshadow it, that is what I am afraid of. Most importantly, I am an author," he noted. "The biggest problem is polarization. Everyone has their own world-view, they should have. The important thing is to live together despite our differences," he concluded.
RELATED TOPICS