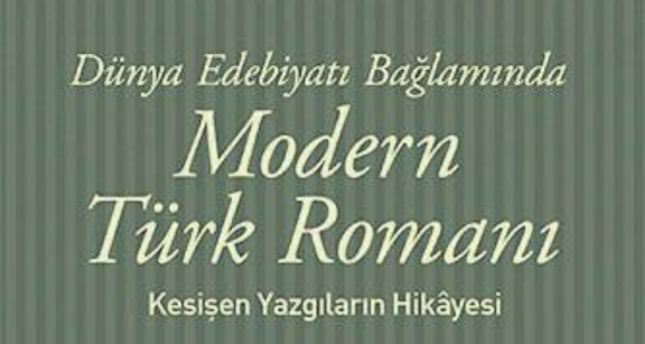 by Kaya Genç Jul 28, 2014 12:00 am
One day in 2004 a man walked toward Azade Seyhan, a literature professor who teaches at Bryn Mawr College. They were attending a language and literature congress organized at Snowbird Ski and Summer Resort in Utah. Introducing himself as an editor, the man talked about "World Literatures Reimagined," a new book series which MLA (Modern Language Association in America) was planning to publish.

When Seyhan jokingly asked whether the time would ever come to do an MLA book on Turkish literature, he said there was no need to wait for it, provided that they find the right scholar. Before they parted, he introduced himself as Ronald Greene, professor of comparative literature at Stanford University, and the general editor of the new book series. The result of this encounter is a brilliant book entitled "Tales of Crossed Destinies:
The Modern Turkish Novel in a Comparative Context."

Published in English in 2008, the book is now available for Turkish readers, thanks to a lucid translation by Erkan Irmak (İletişim, 22.5 TL). "Tales of Crossed Destinies" offers a vivid and panoramic picture of world literature, and discusses modern Turkish novel with constant reference to post-modernist writers like Italo Calvino, Jorge Luis Borges and Milan Kundera. The main problematic of Seyhan's book is the relationship between modern Turkish novel and modern Turkish state. It offers a deeply political reading of Turkey's novelistic tradition.

While discussing works of Halide Edip Adıvar, Reşat Nuri Güntekin and Yakup Kadri Karaosmanoğlu, Seyhan adopts a nuanced approach, and neither glorifies nor dismisses them. "The West for them was never an ontological other against which they needed to posit an indigenous identity," she writes. "They recorded lived history in alternately journalistic and symbolic registers, as they tried to make sense of their people's peculiar destiny." The conflict between the Westernizing ideals of the republican elite and the Anatolian people is nowhere more apparent than in those works.

Karaosmanoğlu's "The Alien," which Seyhan discusses in detail, is one of the most important texts about the decades-long tensions in Turkey's cultural and political spheres. Seyhan praises "The Alien" because of the critical insights it offers into "the conditions and limits of forging national consciousness."

Her main argument, that the evolution of the modern Turkish novel is inseparable from that of the Turkish state, is supported by such works which offer a realistic picture of Turkish history's grim facts. Books like "The Alien" are important precisely because they reveal the ideals, power and violence of ideology, rather than conceal it behind lofty words.

Seyhan is equally successful at analysing Ahmet Hamdi Tanpınar's "A Mind at Peace." She describes how Tanpınar "contends that the Westernization movement, seen as a measure to stop the decline of the Ottoman Empire during the Tanzimat period, ended in a crisis of civilization due to lack of planning, inadequate knowledge, and economic deterioration."

The response of Turkish authors to this cultural crisis took the form of novels that both spoke truth to power, and power to the nation. "The Republican era reforms were not grassroots movements," Seyhan writes, "and the people, instead of leading the revolution, trailed behind it and had to catch up with the state instead of the other way around."
RELATED TOPICS