Is turning classic novels into comic books a good idea? 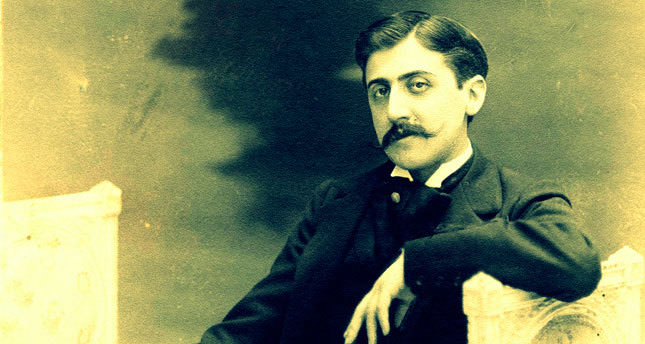 by Kaya Genç Aug 25, 2014 12:00 am
Summer is the right season to read Marcel Proust. It was almost a decade ago when I cracked open the first volume of "Remembrance of Things Past," and I still remember the view of the sea, the smell of the sands and the sounds of the waves that surrounded me while reading Marcel's description of his sleepless nights in Combray. It is one of those books that change the reader in irreversible and profound ways. Like most readers in this country, I have always felt grateful to the great translator Roza Hakmen who devoted years of her life to bringing Proust's book into Turkish.

Summer is also the ideal season to read or at least skim through Stephane Heuet's comic book adaptation of Proust's masterpiece. The first volume, "Remembrance of Things Past: Combray" was published in France in 1998. It sold out. French critics were in deep shock after hearing of its success. How dared an advertising executive touch this holy text of their national literature and make money from it? In interviews, Heuet said his project was an effort to "democratize Proust." As I read biographical details of Heuet, I couldn't help but remember Don Draper of "Mad Men" fame, who watches French New Wave films in his spare time. I guess working in advertising leads people into doing extraordinary things.

The real problem with the comic book (YKY recently published a Turkish translation of the first two volumes) was that comics enthusiasts were not much impressed by its qualities. Despite those criticisms, Proust fans found it difficult to resist the temptation to browse through its pages. I also felt ecstatic when I held the first two volumes in my hands. "So this is how Marcel's bedroom looks," I thought as I read the first pages. "Ah, so this was how he secretly watched their lovemaking sessions," I said towards the end of the volume. "I never imagined Swann like this, I wish I had never opened this book," I felt as I finished reading. Of course, the problem for purist readers is that we accept no other authority, but our own imagination to illustrate Proust's words. Heuet is a good illustrator, but perhaps, naturally, his illustrations will satisfy only a few. We want our minds to be the sole illustrators of such great books as Proust's.

And yet I couldn't help but imagine how Turkish classics would look in comic book form. I had thought the same thing in 1994 when Paul Karasik and David Mazzucchelli adapted Paul Auster's novella "City of Glass" into a graphic novel. How would Tanpınar's world look in the form of a graphic novel, I wondered at the time. Ömer Kavur has adapted "Anayurt Hotel" into a film; Yusuf Atılgan's book would be equally disturbing as a graphic novel. Why doesn't anyone adapt Şavkar Altınel's poems into comic books, I wonder. One of the best Murathan Mungan books, "Djinns of Money" (Paranın Cinleri), is famously decorated by photographs. Why not transform that great autobiographical story into a comic book?
Halide Edip Adıvar's "The Clown and His Daughter" would surely be a page-turner, and so would İhsan Oktay Anar's "Amat." I know many fans of

Oğuz Atay who would hate seeing "The Disconnected" represented in a visual medium. But hipster fans of Atay would love it. Selim Işık and Turgut Özben's adventures, which include so many comic scenes, would be delightful as an illustrated book.

Non-fiction Turkish classics, too, would make terrific material for illustrators. Reşat Ekrem Koçu's "Istanbul Encyclopedia" would make an intriguing comic book. Its descriptions of the city and its eccentric characters are hilarious. I can even imagine Cemil Meriç and Gündüz Vassaf as sources of comic books. You see, this is how editors and writers come up with interesting book ideas. Perhaps I should pitch mine to a Turkish publisher. Or perhaps a Turkish publisher will treat this column as a pitch.
Last Update: Aug 25, 2014 1:48 am
RELATED TOPICS