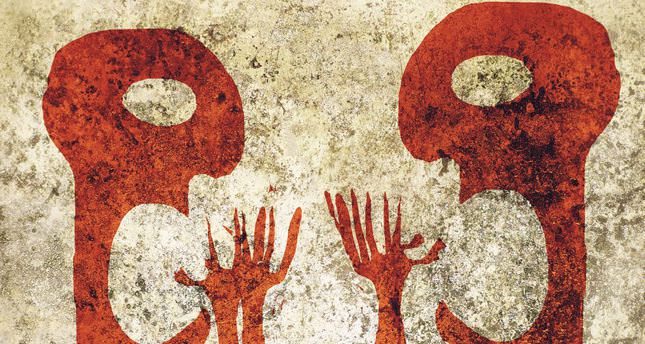 Many writers today find it easy to give their take on foreign countries and subjects even though they never visited the country and lack sufficient knowledge about the place. So let this be a cautionary tale for all who believe they can get away with it

You remember the handsome captain from "Star Trek," Christopher Pike, right? It seems that he is bored with being an actor and decided to pursue a career in writing.Apparently he is quite interested in the paranormal, vampires, magic and mystery genres. Since these genres also seem to be really hyped these days, he decided to write in them.Pike was quite successful in this endeavor since several of his books have been on best-seller lists and had adaptations in both TV and cinema. He became one of the most-read authors in the sci-fi, thriller and horror genres. He even claimed he was carrying the flag of masters such as Arthur C. Clarke, Isaac Asimov, Robert A. Heinlein, Agatha Christie, Carl Sagan and Stephen King. He thinks that he is on the same wavelength with Lewis, Carroll, Harper Lee and Stephenie Meyer.

Of course, we are not talking about the fictional captain from Star Trek but a writer who uses Christopher Pike as a pen name, Kevin Christopher McFadden.Everything was going okay for McFadden until he wrote and released a book set in Istanbul named "The Secret of Ka."

Before you ask who is "Ka" or what is the "secret," an introduction is in order. Because of his publisher's advice, McFadden uses different places for his novels.It is a smart way to increase publicity and expand the range of fans. Therefore, the novel we mentioned was released back in 2010 and was set in Istanbul. Of course, Christopher Pike or with his real name Mc-Fadden did not visit Istanbul personally but decides to send his protagonist here. After all, if he were to visit the city for even a day, all of the following could have been avoided.

The protagonist is named Sara. She comes to Istanbul on a business trip and finds herself enmeshed in a dramatic turn of events. She meets a Turkish fellow named Amesh and together they hunt for a flying carpet. Istanbul is in the middle of a war, and the duo solves mysteries right in the middle of it, etc. Even though the book seems to be intriguing, the book is quite absurd. The reason for that is simple yet very important.All the writer knew about Istanbul was from the "Arabian Nights" and Aladdin. Of course, this bears repercussions. Lo and behold…

As we deducted from what she wrote and her alias, a Turkish girl living in California with the nickname "caligirl_08" is quite happy with the writer's book when she first hears of it. She gets it as soon as possible and starts reading. On the first page she sees that the writer wrote that Istanbul is the capital of Turkey, and of course this surprises her. On the second page, she reads that Turkey is supposedly an Arabic country, and this leaves her angry. As she turns the pages, the anger intensifies, so she decides to battle this ignorance even though it is a fantasy novel. She vents her frustration in the review section of Amazon; this sparks quite an argument. It grows to the point of a "social media" war.
In the argument, even the best-selling author seems to be crumbling under the fragile fingers of a young Turkish girl. She describes every fraud of the famous writer. She breaks the image of the handsome captain so badly even the fans will remember him with a scar on his face. This heated argument on Amazon reveals all of the secrets of "Ka." How, you ask? Well let us continue. "caligirl_08" writes about what she thought of the book after reading dazzling reviews of the book by the fans of the author (we will see who they are later on). Let's read:

"I was thinking, 'Yeah, finally a fantasy book that will use the rich tapestry of Turkish culture to weave an exciting tale!' What I got instead was a story about some girl and a dude named Amesh. Amesh!!! Amesh is not a Turkish name! Couldn't the author Google 'Turkish names' for two minutes and come up with a Turkish name for the Turkish character? Really? He couldn't? Was naming the guy Ali too hard? I guarantee you the only Ameshes living in Turkey are immigrants from India. The word "Ka" doesn't mean anything in Turkish either."

Page 1. Istanbul is NOT THE CAPITA L OF TURKEY (Ankara is!)

STILL ON PAGE 2. It is not a crime in Turkey to say the word "hell." (And how would people who speak Turkish know that the English word "hell" means what it means anyways? It sounds almost like "hello." Also, Turkish people do not wear TURBANS.

Page 3. TURKEY IS NOT PALESTINE. There are no bloody wars being fought outside of the Hilton every night!

Page 4. The vast majority of Turkey's population DOES NOT HAVE CURLY HAIR. They have straight hair.

Page 13. "Grandfather" in Turkish is DEDE not PAPI. Mira is NOT a Turkish name.

Page 14. THERE ARE NO DESERTS IN ISTANBUL. It is completely 100 percent impossible to take a taxicab in Istanbul (in any direction) and arrive at a desert! It simply DOES NOT EXIST .

Page 23. Spielo is not a Turkish name (I have not seen one Turkish name in this book so far except Amesh's last name, Demir.)

Page 24. TURKISH WOMEN DO NOT WEAR VEILS. Some people (especially old ladies) might wear headscarves, but nobody wears a VEIL. It would be completely frowned upon."

Well the list could go on, but just like "caligirl_08" said, it would be quite a tedious task. You might say, "The girl just wrote a review as many others do, so what is the big deal?" Well it is not that simple I am afraid. As the events unfold, our mysterious author Christopher Pike makes a severe mistake.

Someone with the nickname "Michael Brite" takes "caligirl_08" seriously and decides to write a refutation in order to debunk her. Other names such as "Chris, Ryan and Earn" join the discussion. But our girl seems to be a tough cookie and answers thoroughly.She even finds out that Michael gave a 5-star review to every one of Pike's books. She even claims that the rest of the names are also Pike's fake accounts.As the argument grows, this starts to become a consensus, and even Amazon moderators remove the comments of the previously mentioned accounts.

I think it is time to reveal Ka's secret. Christopher Pike is a character that uses fake accounts to roam the Internet and praise his own books in review sections.He does not respond well to criticism and responds to them, and if it persists, he even uses defamatory language towards the critics. This is evident in his accusation towards caligirl_08 as a fundamentalist. If we were to use Turkish movie jargon, he is both insolent and ignorant. He doesn't have a shred of knowledge about the cities where he sets his books, and on top of that, he also shows no interest in gaining such knowledge either. When a reader realizes this and decides to advise him in a witty manner, it only serves to make Pike even madder. Here is a comment from "Rachel G.:"

"Wow, really? Christopher Pike, why in the world do you insist on continuing to comment under your OBVIOUS alternate accounts? Do you think everyone here is stupid and will fall for it? That's what you seem to think considering you apparently don't put any effort into research for your books and think no one will notice. I have never read any of your books.This book was on my to-read list, but once I found this little exchange I immediately removed it. I will NEVER read any of your books. And you know what?It's not because you don't know anything about Turkey.I probably would have still given it a shot. The reason I refuse to read any of your books is because of the childish manner in which you've conducted yourself here."

I hope this little story will serve as a cautionary tale to everyone writing or commenting about a country they don't know or have never been to.