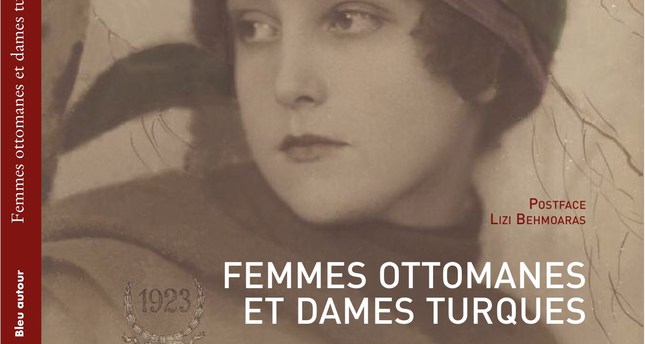 by Daily Sabah Dec 11, 2014 12:00 am
French publishing house Blue Autour has released a new book "Femmes Ottomanes et Dames" (Ottoman Women and Ladies), featuring a wide range of postcards depicting Ottoman women. Historian Christine Peltre compiled 200 postcards dating from 1880 to 1930, all of which were taken from a special collection. From the Balkans to the Caucasus, the book offers an exotic feast of pictures of women, as well as historical accounts of foreign travelers. Readers learn more about Muslim, Christian or Jewish women with Armenian, Greek, Kurdish, Macedonian, Albanian and Bosnian backgrounds. Thessalonian Jewish women, Mardin-based Capuchin sisters, Ottoman ladies admired by Pierre Loti, and contemporary women of the Kemalist Era are also displayed on postcards.

Jewish-origin Turkish author and translator, Liz Behmoaras, wrote the epilogue section, inviting readers to question the perspective of the Western world, and asking them to observe the multi-ethnic social structure of the Ottoman Empire which has gradually disappeared over the years. The French book also describes the freedom of movement enjoyed by Turkish women and how they challenged patriarchal traditions. Indeed, Behmoaras is one of these women, who beautifully summarizes the book's objective in her epilogue. Her previous biographical books including "Kimsin Jak Samanon" (Who you are Jack Samanon), "Mazhar Osman: Kapalı Kutudaki Fırtına" (Mazhar Osman: A Storm in the Closed Book), "Bir Kimlik Arayışı Hikayesi" (A Story of Identity Search) and "Bir Kadın Bir Dönem: Suat Derviş" (A Woman, A Period: Suat Derviş) all explore protagonists suffering from conflicting identities in transitional periods. Her last biographical book on Suat Derviş is the best example of all. Born into an Ottoman aristocrat family, Suat Derviş was a famous journalist, author and an active member of the Communist Party of Turkey (TKP), who was arrested a couple of times and put in prison. She was also apparently a beautiful and flirtatious woman. Derviş did not want to break ties with her own social class, but tried to be accepted by the working class and to dedicate herself to them. She lived her life as republican woman, could speak French and German, and used to wear the burqa when she was young. Derviş started to earn her living at very early age, but interestingly, praised her royal mother who had many servants and lived in luxury. This is because she clearly understood the conflicts of Ottoman women, if she were still alive. Readers can find references about her in Behmoaras' epilogue titled "Gelenekle Çağdaşlık Arasında" (Between Tradition and Modernity).