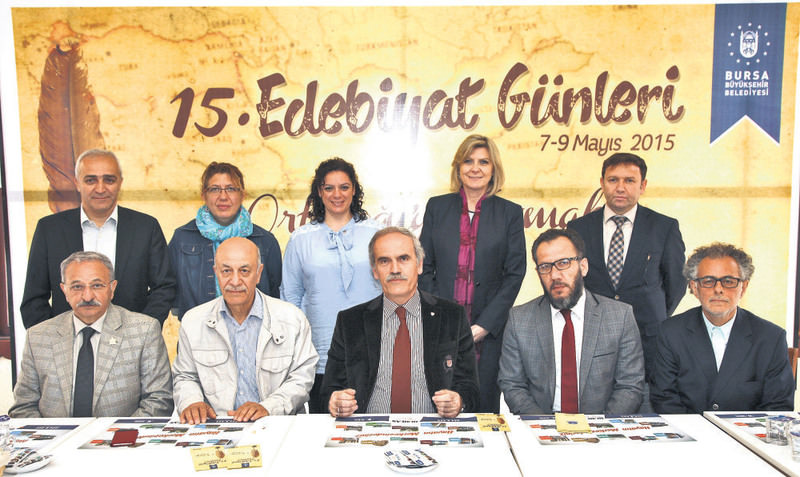 by Daily Sabah May 03, 2015 12:00 am
The theme of the 15th Literature Days, which is organized by the Bursa Metropolitan Municipality from May 7-9, has been announced as "Writing the Middle East."

Speaking at the press conference held at Mahfel Social Facilities, Bursa Metropolitan Mayor Recep Altepe said many cultural and natural values of the city of Bursa were included in the UNESCO World Heritage List. Claiming that the city is home to many other gems that are worthy of inclusion on the list, Altepe said they are trying to highlight the cultural richness of Bursa.

He stressed that they are working diligently to make Bursa, a pioneer in culture and arts as among many other fields, a real "culture capital." Thus, they have been restoring historical buildings and artifacts.

Mayor Altepe claimed that literature plays an important role in expressing feelings and thoughts with an aesthetic narrative as well as the construction of the moral structure of society.

Pointing out that Bursa, the first capital of the Ottoman Empire, is a political, financial and cultural center, Altepe said the city continued to serve as a center even after Istanbul took the title of capital city. "Many poets, authors, men of religion, philosophers and scientists were trained in Bursa. It was the contribution of these figures that made Bursa a major city for literature and other artistic fields. The city's literary richness is underscored with Literature Days, which will be held for the 15th time this year," Mayor Altepe said. He said that this event is organized to bring a breath of fresh air to Turkey's literature scene and thinking circles in present day communal living where artificiality and popular consumption culture stand out.

Altepe announced that the program will take place with its motto "Writing the Middle East." He also said that veteran poets and authors will meet with their readers in different corners of Bursa within the framework of the three-day event.

American academic Professor Norman Finkelstein, who is well known to those defending the Palestine cause, will be the guest of honor at the 15th Literature Days. Professor Finkelstein wrote on Israel's invasion of Palestine and the demographic structure of the Palestinian region and is currently working as "a guest academic" in Turkey.

The 15th edition of Literature Days, which will be held in different corners of Bursa, will host 53 writers, academics and poets from 14 different provinces of Turkey. During the sessions that will be held in accordance with the main theme of the organization, panels, speeches and poetry readings will take place while many men of letters and researchers with knowledge in a vast range of topics will meet with their readers.