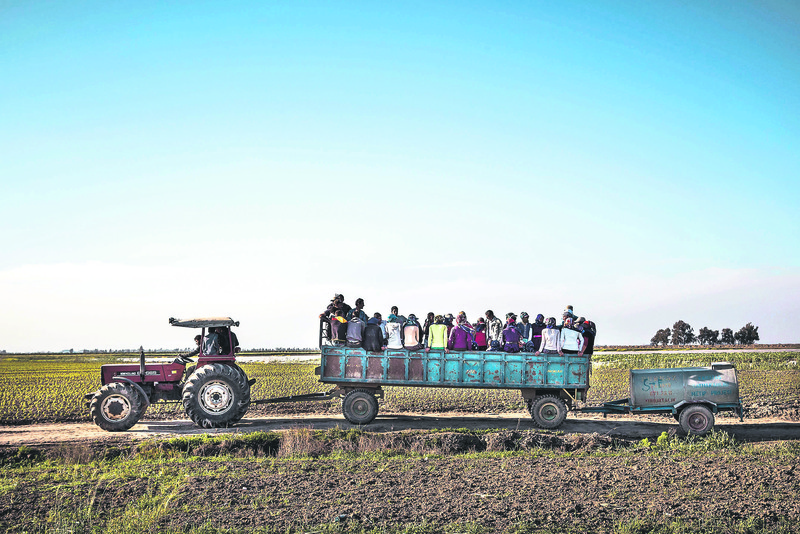 by Daily Sabah May 07, 2015 12:00 am
Photographer Servet Dilber has followed the dangerous journeys of seasonal agricultural workers whose recent deaths shook Turkey and compiled his photos in a book. "Bitmeyen Hasat" (Unending Harvest) reveals how seasonal workers set off on a journey to earn money far away from home for six months of the year. Currently, the number of seasonal workers in Turkey has reached almost 3.5 million. Dilber participated in field studies within the project "Bu İş Çocuk Oyuncağı Değil" (This job is not kid's stuff), organized by the Association of Supporting Life to avoid seasonal child labor in agriculture. Throughout the previous year, Dilber took countless photographs in 12 cities and 23 districts. He observed the harvest of eight different crops. Independent from the project team, he recorded the life and working conditions of four families with their neighbors. Taken as a part of the project, the displayed photographs depict the life of not only 4,000 child workers, but also their family members who are also seasonal agricultural workers. Journalist Serdar Korucu accompanied Dilber's journey from time to time, and wrote a piece on seasonal workers. The prologue of the book is written by the author Şebnem İşigüzel. The 160-page book features 75 photographs and was written both in Turkish and English.

Born in 1975, Dilber graduated from Kabataş High School and studied photography at the Mimar Sinan Fine Arts Faculty. He worked as a photographic editor for newspapers, magazines and book projects. His photos were published in international and local magazines and newspapers including, Atlas, National Geographic Turkey, Die Zeit, Le Monde, Financial Times and the Guardian. Dilber continues his photographic works related with culture and the environment.
Last Update: May 07, 2015 11:34 pm
RELATED TOPICS