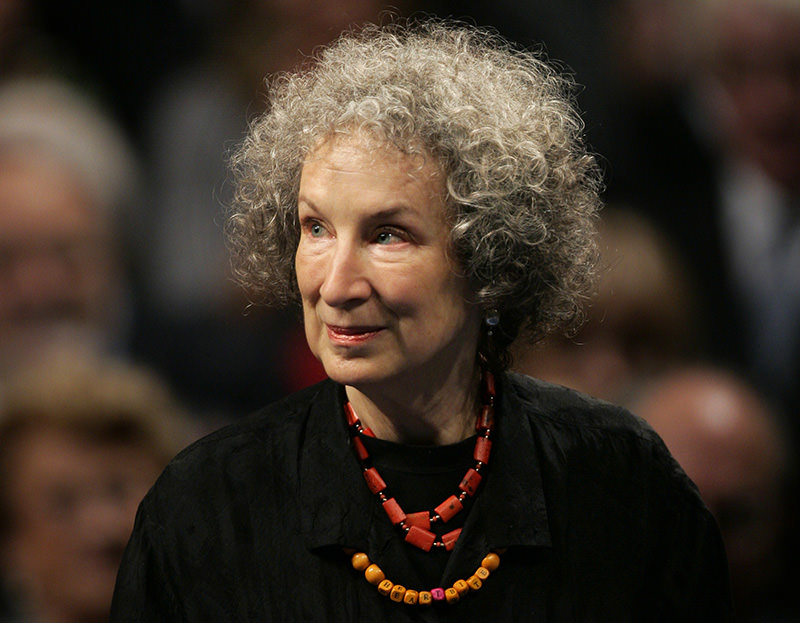 In this Oct. 24, 2008 file photo, Canadian writer Margaret Atwood arrives for the 2008 Prince of Asturias award ceremony in Oviedo, northern Spain (AP Photo)
by Daily Sabah with DPA May 27, 2015 12:00 am
Canadian author Margaret Atwood has become the first writer to add a manuscript that will be hidden for 100 years as part of an art project "Future Library" on Tuesday.

The project which was inaugurated by Scottish artist Katie Paterson aims to keep 100 original works of 100 authors under wraps for 100 years.

The Future Library appealed to the Booker Prize-winning author, whose inaugural contribution titled Scribbler Moon will not be made public until 2114.

"It does appeal to that side of us who as children buried things here and there, little trinkets, little boxes, hoping that somebody would dig them up later," Atwood said in a videotaped recording posted by the project.

Atwood, 75, added it was "very optimistic to do a project that believes there will be people in 100 years, that those people will still be reading ... and that we will be able to communicate across time," she added.

Katie Paterson, who inaugurated the project, last year planted 1,000 seedlings in a forest near Oslo that will be used for the paper to print the books in 2114.

"At the core of Future Libary is the printed book on paper. We are growing a book effectively over 100 years," she said.

The manuscripts will be under seal at the Deichmanske Library in Oslo until 2114. A printing press with instructions is also included in the deposit.