Zuckerberg adds ‘The Muqaddimah' to his ‘A Year of Books' list 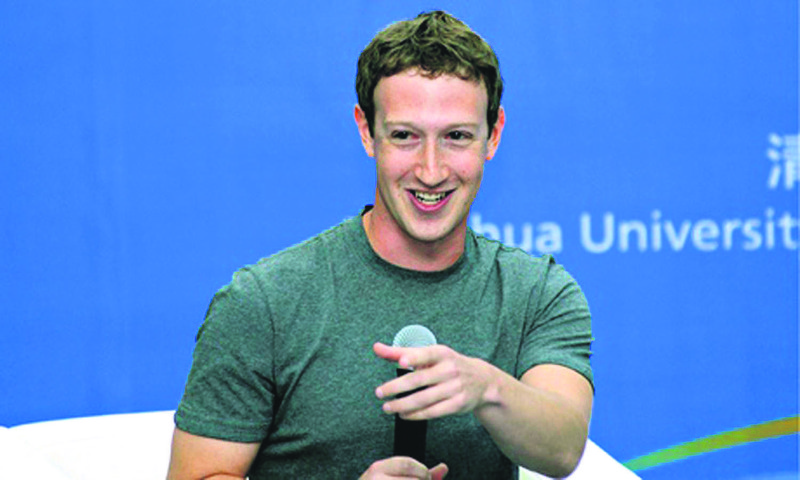 by Daily Sabah Jun 09, 2015 12:00 am
Facebook's CEO Mark Zuckerberg recently added "The Muqaddimah," which was written by influential Islamic historian Ibn Khaldun in 1375, to his "A Year of Books" reading list. On his Facebook page, Zuckerberg said: "It's a history of the world written by an intellectual who lived in the 1300s. It focuses on how society and culture flow, including the creation of cities, politics, commerce and science." Underlining the importance of reading in history, he went on to say: "While much of what was believed then is now disproven after 700 more years of progress, it's still very interesting to see what was understood at this time and the overall worldview when it's all considered together."

Ibn Khaldun was an important Muslim statesman and scholar of the 14th century who established the basis of sociology, history and economy of his time. He wrote his work at the Qalat ibn Salama near present day Algeria, a fortress where he sought refuge among the tribe of Awlad Arif. Ibn Khaldun's scientific research techniques made him one of the most influential thinkers of classic sociology. His book, "The Muqaddimah," was written in an attempt to eliminate biases and disinformation about the progression of human history that had accumulated until the era in which he lived. The book offers sociological hints that can be read in parallel with modern politics. Moreover, modern political organizations have evaluated Khaldun's book as a valuable guide.

Here are the other books Zuckerberg has chosen for
his list:

- "The End of Power: From Boardrooms to Battlefields and Churches to States, Why Being in Charge isn't What it Used to Be" by Moises Naim
- "The Better Angels of Our Nature: Why Violence has Declined" by Steven Pinker
- "Gang Leader for a Day: A Rogue Sociologist Takes to the Streets" by Sudhir Venkatesh
- "On Immunity: An Inoculation" by Eula Biss
- "Creativity, Inc.: Overcoming the Unseen Forces that Stand in the Way of True Inspiration" by Ed Catmull and Amy Wallace
- "The Structure of Scientific Revolutions" by Thomas S. Kuhn
- "Rational Ritual: Culture, Coordination and Common Knowledge," by Michael Chwe
- "Dealing with China: An Insider Unmasks the New Economic Superpower" by Henry M. Paulson
- "Orwell's Revenge: The 1984 Palimpsest" by Peter Huber
- "The New Jim Crow: Mass Incarceration in the Age of Colorblindness" by Michelle Alexander
RELATED TOPICS