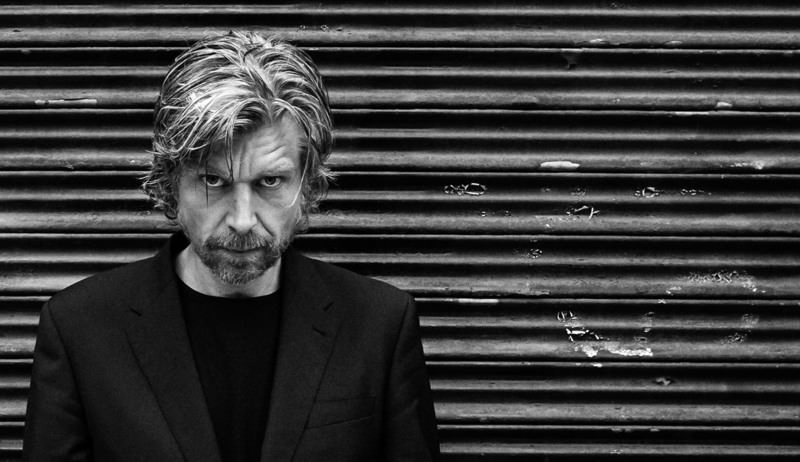 Karl Ove Knausgaard's meticulously detailed narrative of his life struggles, given the original title ‘My Struggle,' has become a surprise bestseller in Turkey

In 2005, when Adolf Hitler's autobiographical Nazi-manifesto "Mein Kampf" (My Struggle) became a bestseller in Turkish bookstores, there was understandable anxiety and outrage among intellectuals and critics. Sociologists were concerned about this becoming a sign of increasing racism among Turkey's citizens, at a time when hate speech against minorities was a daily occurrence in public life. Exactly 10 years later, with more Turkish citizens aware of the dangers of racism and xenophobia, "My Struggle" is back on the bestseller lists, but this time it is the title of a book by one of the most accomplished literary figures of our age, the Norwegian novelist Karl Ove Knausgaard.

According to the online retailer Idefix, Knausgaard's "My Struggle" is the third bestselling book in Turkey this month. Pandora and D&R bookstores also list the novel on their bestseller lists. This is surprising, given that Knausgaard's publisher is a small publishing house named MonoKL that has made a name for itself with translations of French philosophers like Jean-Luc Nancy and Alain Badiou. Many figures in the Turkish publishing world, who wondered which big Turkish publisher would put out Knausgaard's increasingly popular and era-defining work, were surprised to see it published by an independent publisher that focuses on books of continental philosophy.

MonoKL used an orthodox publishing strategy while putting out Knausgaard's book. They launched a website devoted to the book (kavgam.monoklkitap.com<\#60>http://kavgam.monoklkitap.com<\#62>), an uncommon practice for foreign titles in Turkey. The publisher also started a Twitter campaign where they asked readers to place eyeglasses on Knausgaard's book, whose cover features a charismatic picture of the novelist, and share it on social media to get new books for free.

Not everyone was happy with MonoKL's campaign, however. Some readers were disturbed to see the phrase "A New York Times bestseller" on the cover of a publishing house from which they had been accustomed to see radical texts by philosophers. "Is 'My Struggle' the only book MonoKL publishes? They have made 10 years' worth of advertisements; enough is enough!" one reader complained on Twitter.

Published on June 2, the Turkish translation of the book was an initial success with newspapers and magazines covering it as the most anticipated novel of the year. "My Struggles" success was also due to the intense interest shown in Knausgaard's personality. The six book series sold around 500,000 copies in Norway where the first volume was published in 2009. Before it was translated into 22 languages the novel sent shockwaves in Norway, a country of 5 million people where many were surprised to see an author writing so openly about his life and his relatives who were easily identifiable in the book. Setting out to produce a "plain" narrative of his life at a time of crisis in 2008, Knausgaard described his struggles in this 3,600-page-long book whose editor suggested the title "My Struggle," which disturbed many because of its associations with Hitler's Nazi manifesto.

"For the heart, life is simple: It beats for as long as it can. Then it stops," read the opening sentences of the first volume of "My Struggle." "Sooner or later, one day, this pounding action will cease of its own accord, and the blood will begin to run towards the body's lowest point, where it will collect in a small pool, visible from the outside as a dark, soft patch on ever whiter skin, as the temperature sinks, the limbs stiffen and the intestines drain."

Knausgaard likens the coming of death to the invasion of a new landscape. His masterly description ends with an unexpected metaphor, as death arrives at the heart: "As yet, it is intact, but deprived of the activity to which end its whole construction has been designed, there is something strangely desolate about it, like a production plant that workers have been forced to flee in haste, or so it appears, the stationary vehicles shining yellow against the darkness of the forest, the huts deserted, a line of fully loaded cable buckets stretching up the hillside."

Knausgaard moves from this description of death to his childhood memories, name-checking Marcel Proust's "Remembrance of Things Past" to which his novel is often compared, and brilliantly recreates his experiences in high school, his first encounters with girls, his failed attempts to become a rock star. "I would never have the ability or the power to do it now," he said of writing the novel in an interview with The New Republic magazine. "But I could then, because I was so, in a way, fucked up in my life. I was so desperate, and I didn't really care. And now I care, you know?

The sixth volume of "My Struggle," which has not yet been published in English, reportedly features a 400-page-long essay on Hitler and a study of the fascist ideologue's character.

In May this year Knausgaard published a piece in the New Yorker magazine titled "Anders Breivik's Inexplicable Crime" where he meditated on the ruthless murders of 77 people in prosperous Norway. The final volume of his novel apparently shows the underlying factors behind such an abhorrent crime and the hidden racism and suppressed xenophobia of a culture that has long seen itself as liberal and enlightened.

The Turkish translator of the novel, Ebru Tüzel, has done a remarkable job in rendering Knausgaard's ostensibly simple but emotionally elaborate sentences into Turkish. If the quality of her translation is one factor behind the success of the Turkish edition of "My Struggle," a change in readers' literary taste is another. With more interest shown in international literary fiction and more readers following the latest literary phenomenon in different languages, Turkey's readers have proved themselves to be curious, adventurous readers with an international scope, which is perhaps the exact opposite of the kind of fears people had in 2005 when the bestseller lists were dominated by ideological manifestoes that Knausgaard so powerfully deconstructs in his "My Struggle."
Last Update: Jul 16, 2015 11:15 pm
RELATED TOPICS