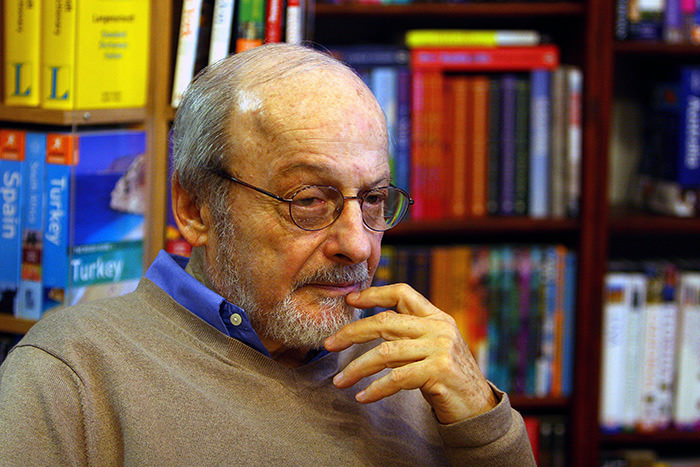 US writer E.L. Doctorow in the Big Ben Bookshop in Prague, Czech Republic (EPA Photo)
by Jul 22, 2015 12:00 am
Award-winning American author E.L. Doctorow, known for fictional historical works such as "Ragtime," "Billy Bathgate" and "The March," and an experimental narrative style, died Tuesday, The New York Times reported. He was 84.

The cause of death was complications from lung cancer, the novelist's son, Richard Doctorow, told the paper.

The Bronx-born son of second-generation Jewish immigrants wielded a writing style that was bold and unusual.

Each work took different facts and fictional elements in a new direction, from Westerns to the detective story.

"E.L. Doctorow was one of America's greatest novelists. His books taught me much, and he will be missed," President Barack Obama said in a message posted on Twitter.

His narrative style was unpredictable and unconventional -- giving him the reputation of a creative experimenter.

After working in publishing, Doctorow's first book, 1960's "Welcome to Hard Times" was a western. He followed up with 1966's "Big as Life," inspired by science fiction.

"The Book of Daniel," published in 1971, intertwines personality with history.