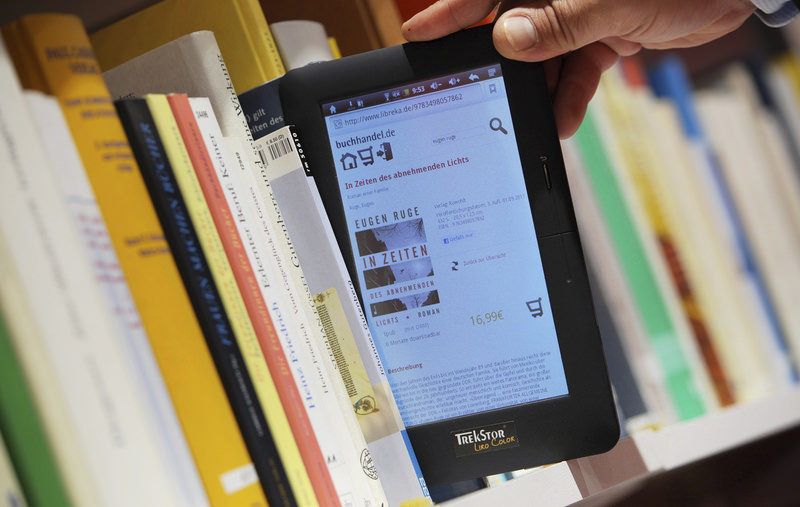 by Daily Sabah Aug 04, 2015 12:00 am
The U.K. is generally safe from digital e-book pirates, according to the Intellectual Property Office's latest study on online copyright infringement released late July this year. Undertaken by Kantar Media between March and May 2015, the "Online Copyright Infringement Tracker Survey" found out that most readers in the U.K. have never downloaded an e-book. Although 5.6 million of U.K. Internet users accessed or downloaded e-books, only 1 percent of the users aged over 12 read pirated e-books.

Looking into the extent of online copyright infringement as well as wide digital behaviors, the survey also demonstrated, "More e-book consumers paid for some content (69 percent) and for all their content (47 percent) than consumers of any other content type." Further, the levels of infringement varied significantly by content type; 9 percent consumed at least some music illegally over the three-month period, while 7 percent did so for TV programs and 6 percent for films. Another finding is that there was a 10 percent increase in U.K. consumers accessing content through legal services, yet one in five consumers still access some content illegally. The survey was published in parallel with research in Australia and shows that while British and Australian users consumed online media at similar rates, illegal downloading for U.K. consumers was half the rate of their Australian counterparts.

In Turkey, over 300 publishers offer e-books to readers. A local literature magazine, Sabitfikir reported in an earlier article that the total number of e-books has surpassed 14,000 and the e-book is expected to have a 5 percent market share in the following years. According to Price Waterhouse Cooper, electronic book publishing revenue is projected to grow from $5.98 billion in 2011 to $22.71 billion in 2017.
RELATED TOPICS