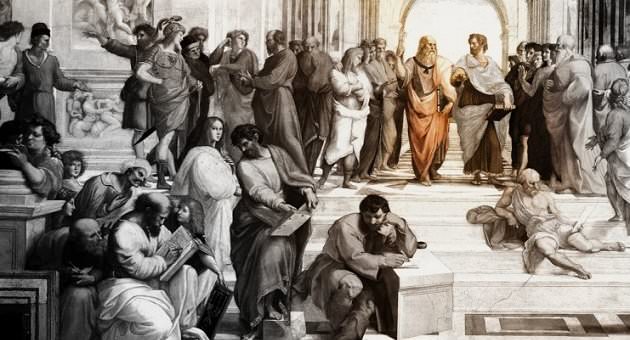 by Zeynep Esra İstanbullu
Aug 15, 2015 12:00 am
Written by investigative author Nigel Rodgers, a comprehensive book titled "Ancient Greece" has been published by İşbank Culture Publications. The book, which is a great resource for archaeology and art history lovers, offers a detailed study of Greek soldiers and political power as well as architecture, philosophy and art, and reveals the glory of Classical Greece with over 1,000 photographs and visuals of sculptures, paintings and other works of art.

The first chapter of the book focuses on Ancient Greece's political and military history, while the second focuses on art, architecture and society. Besides legendary figures, such as the outstanding statesman Pericles and the famous hero Alexander the Great, the book covers the works of authors who contributed to Greek language and mythology, such as Sophocles, Euripides and Aeschylus. The book provides information concerning the lives and myths of the gods and goddesses of Olympus, including Zeus, Athena, Apollo and Aphrodite as well as several important writers and historians, such as Plato, Homer and Aristotle. Moreover, the book examines the effect of Ancient Greek culture on Western culture. You can find "Ancient Greece" at all bookstores that carry İşbank Culture Publications.

Nigel Rodgers received bachelor degrees in history and art history at Cambridge University and has published many books and articles on history, philosophy and art. "Ancient Rome," "Incredible Optical Illusions," "The Traveler's Atlas," "A Global Guide to Places You Must See in your Lifetime" and "Churchill and Hitler" are among the many books written by Rodgers. He also co-wrote "Philosophers Behaving Badly" and "Understand Existentialism" with Mel Thompson.
Last Update: Aug 15, 2015 1:22 am