The ‘Farabi Digital Library' project is transferring the vast archive of Islamic History, Art and Culture Research Center onto a digital database which will enable the world to gain access to work of esteemed scholars

Since its foundation, the library of Islamic History, Art and Culture Research Center (IRCICA) has adopted the latest technologies and made a name with its initiatives. In 1980, the library began to run "ILIS," Turkey's first library automation program as part of a project to computerize parts of its library. The IRCICA is now working on a new project to digitize its Ottoman materials.

The IRCICA prioritizes following the newest developments and practices in library science and sharing professional knowledge. Ushering in many firsts, the library has run our R&D projects since 2006. With more advances in technology, the library accelerated its projects on transferring librarianship to the electronic pltform. The center established the "Farabi Digital Library" and introduced the RFID automation system with UHF band, which was a first of its kind in both Turkey and the Islamic world. 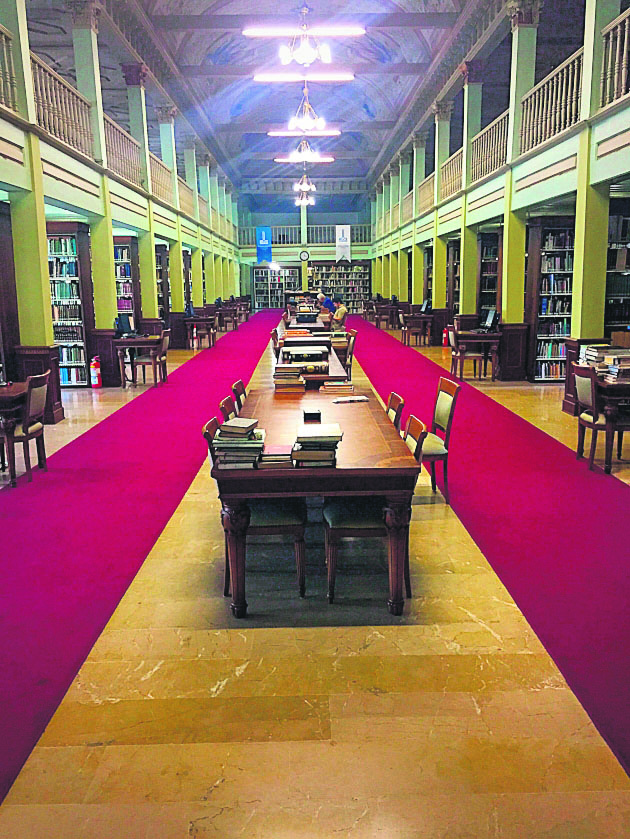 Seen as a pilot project for Turkey, the IRCICA Farabi Digital Library is Turkey's first web-based computational library that searches for written, printed, visual and audio materials, and then transfers them onto an electronic platform following an optical character recognition process.

Seen as a pilot scheme for Turkey, the IRCICA Farabi Digital Library is Turkey's first web-based computational library and searches for written, printed, visual and audio materials, which then transfers them onto an electronic platform following an optical character recognition (OCR) process. The resources are then converted into a readable and emendable format. Designed in a way to be used in other libraries, researchers from all over Turkey can access necessary materials online.

The transferred collections include materials on culture and civilizations of Islamic countries. Among them are Ottoman-era chronicles, travel diaries on the Balkans, Turkey, the Middle East, Asia and Africa, Qurans and calligraphic works, as well as yearbooks of Ottoman-era private and public institutions. Additionally, the library's map collection features rich military, topographical and geographical maps. The library is actively used by researchers from 75 countries including the U.S., Germany, Greece, Iran, the U.K., Egypt, Saudi Arabia, France, Germany and Iraq.

The OCR comprises a significant part of the digitization process. Through this process, printed materials can become workable materials. Since there was no special software for Ottoman-era works, researchers previously had to use limited resources, creating a significant void in studies on the Ottoman Empire. Since 2011, the center has been working on finalizing this project. Using the OCR process for Ottoman-era materials will also be a first in the world and will fill an important gap. When the project is completed, in-text search will be available for Ottoman-era printed materials. Not only in Turkey, but also in other countries, the project will help researchers to quickly discover many more materials.

Developed by the IRCICA, Farabi Integrated library software was designed in line with current professional and technological developments and compiles all materials under a single roof. The software manages not only books, but also all materials, and checks all process including reports transferred to the system. It helps to manage many processes including providing materials, exchanges of materials, detailed cataloging, tagging, digitization and other related processes. Free access to Farabi Digital Library is available through the website: "http://e-library.ircica.org.
RELATED TOPICS