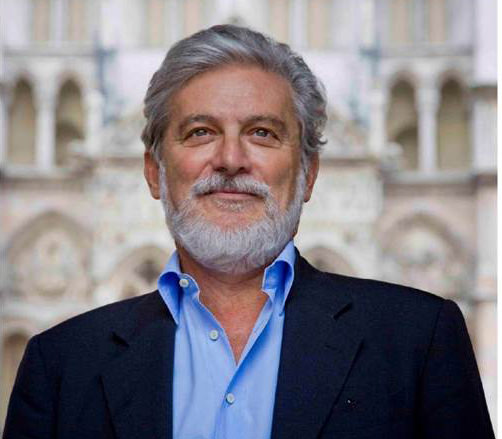 by Daily Sabah Oct 15, 2015 12:00 am
Italian author and poet Roberto Pazzi will meet his Turkish readers at Casa d'Italia Theater on Oct. 21. The panel session will be in Italian but simultaneous Turkish translation will be provided. Pazzi, who is an author, poet and journalist, lives in the Italian province of Ferrara. He gives creative writing courses at universities and continues to give conferences in various countries where his books are published. He started his career as an author after he published a poetry anthology in the literary magazine Arte e poesia.

His works, including "L'esperienza anteriore" from 1973, "Versi occidental" from 1976, "Talisman" from 2003 and "Felicita di perdersi" from 2013, have been translated into 26 languages. His first novel, "Cercando l'Imperatore," was published in 1985 and won various literary awards including the Bergamo Award, Hemingway Award and Selezione Campiello Award. Set in Siberia at the end of imperial Russia, the book, which focuses on the Russian revolution, is listed among the fantastic works of Italian literature. Among his other books about history, "La principessa e il drago," which was a finalist for the 1986 Strega Award and the winner of the Piombino, "La malattia del tempo" from 1987, "Vangelo di Giuda" from 1989 and "La stanza sull'acqua" from 1991 stand out.