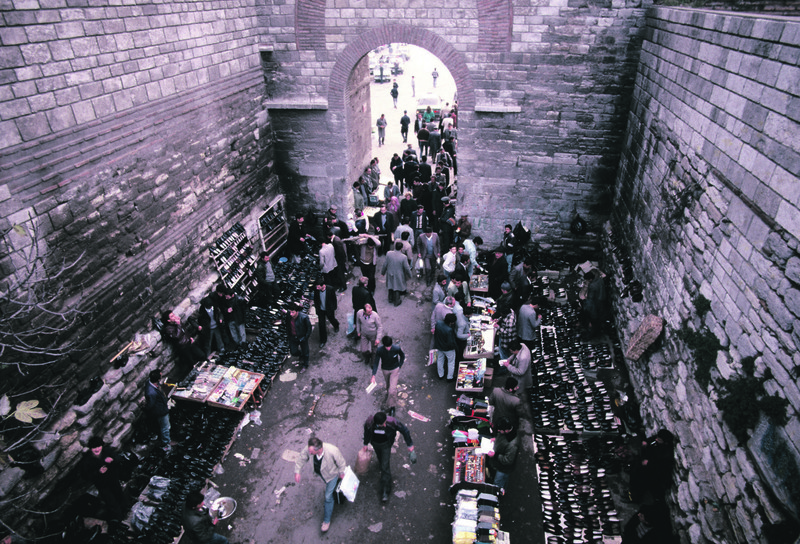 The shopping habits of the crowded metropolis of Istanbul has been documented in a photobook that depicts the city's market places, complete with explanatory information

Istanbul Metropolitan Municipality's Culture Inc. has published a book entitled "Çarşı-Pazar Istanbul" (Market- Bazaar Istanbul), revealing 40 years of shopping in Istanbul. The book compiles black-and-white and color photos from journalist Kadir Can, taken in Istanbul's street markets and bazaars over the last 40 years. The photos, taken between 1970 and 2010, display scenes from Istanbul's first shopping districts, enlightening audiences about various subjects including Istanbul's bazaars and markets, from commercial life in Istanbul to merchant culture.

A visual feast, the album shows Istanbul from a different perspective, and the book evokes nostalgia from those who remember. It offers insight into Istanbul's evolution from past to present for the young generations who shop online. Among the scenes in the book are the wholesale vegetables market on the coast of the Golden Horn; the melon and watermelon market hall in Topkapı; people trying out clothes in mosque courtyards or in closets; offal sold in Eminönü, wrapped in newspapers; postcards filling the streets before religious holidays; technological developments, and more.

A life devoted to photography

Kadir Can was born on Büyükada in 1951. After starting his career in journalism as a photo reporter at Günaydın newspaper in 1971, Can later worked for the Hürriyet, Cumhuriyet, Güneş and Sabah newspapers, as well as Atlas and Gezi magazines. He has worked as one of the Turkish correspondents of the French Sipa Press Agency since 1986. Some of his photos have been published in world-famous newspapers and magazines such as Time, Paris Match, Newsweek and Stern. He has won 22 awards at national and international competitions. 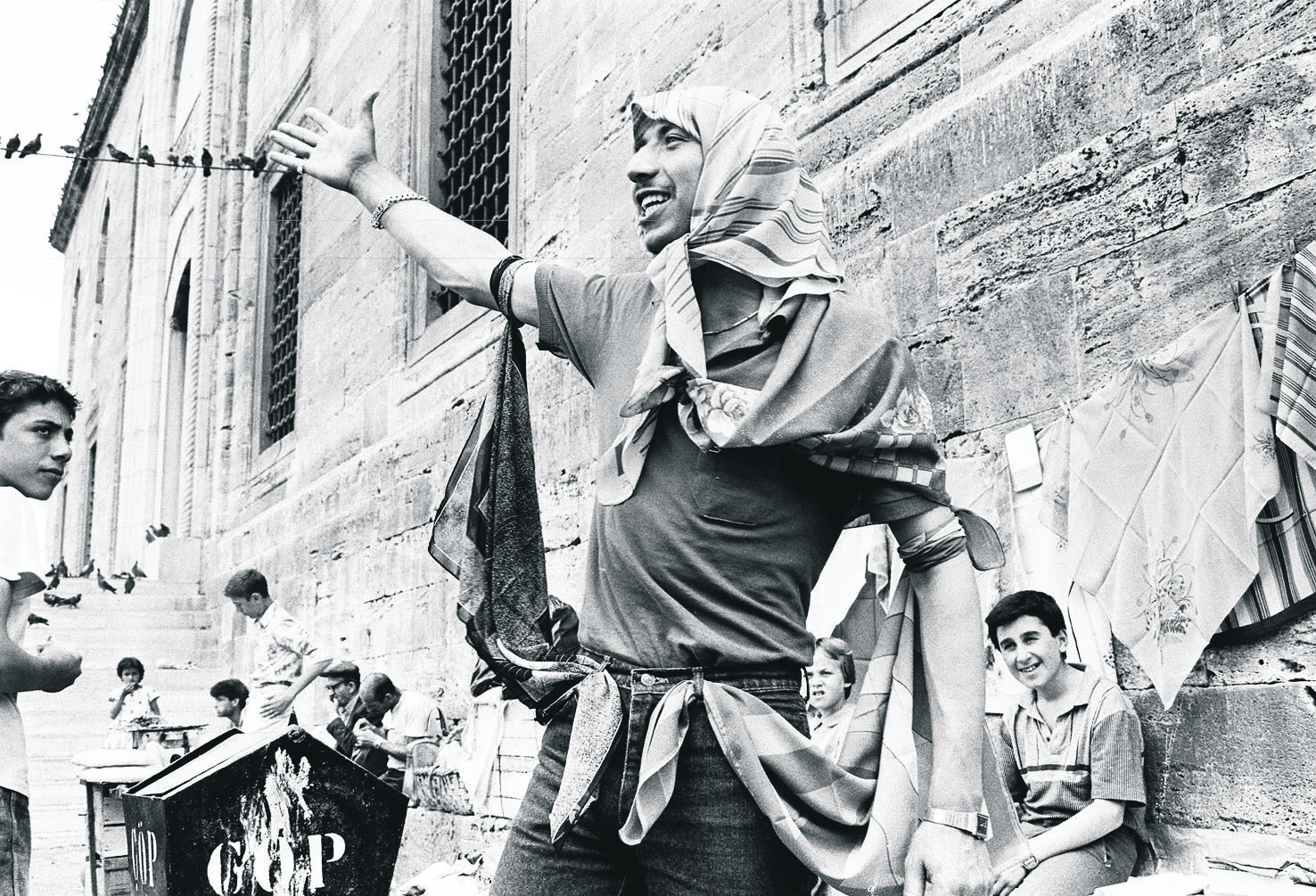 Those who walked around Eminönü Square fed birds while waiting in front of the New Mosque, and kept walking. The visually impaired sold birdseed around New Mosque, which served as perhaps the biggest birdhouse in the world. People who bought a handful of food for the birds would help both the birds and the blind. 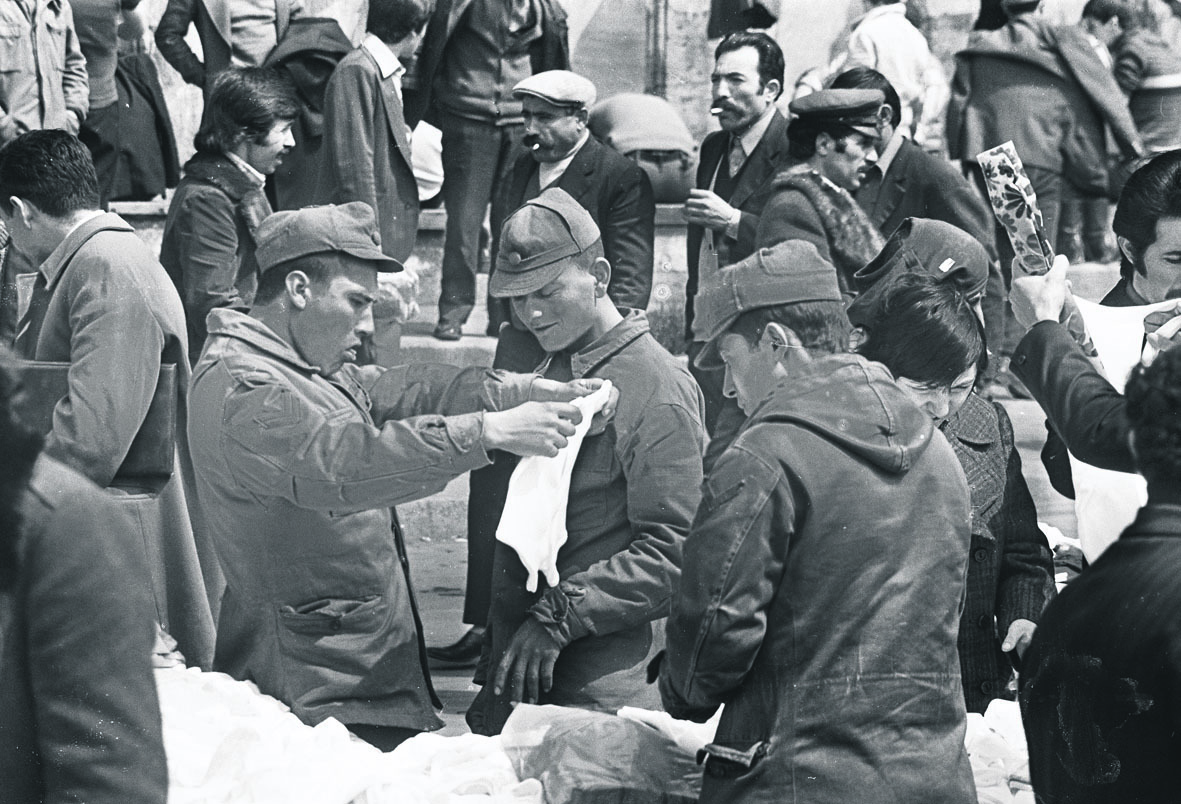 A favorite meeting spot of the soldiers who took the Sundays and holidays off and wandered around in their uniforms back then was "Enayiler Parkı" (Losers' Park,) located between Yeni Camii (New Mosque) and the Spice Bazaar, and which was then the most colorful part of Istanbul. Meeting around the tables in groups, drinking tea and chatting, soldiers would also buy from peddlers gathered in Eminönü Square. A salesman would stand on a stool with a snake wrapped around his neck and tell the crowd surrounding him about how the little bottle in his hand was a cure for everything, while customers waited in line.

Some sellers talked about the blessings of balsamic apples, some about the miracles of plant roots, and some talked about the benefits of the leeches inside the cans they raised over their heads. Pickpockets within the crowd did not go empty-handed as they stole wallets from those listening to the salesman. 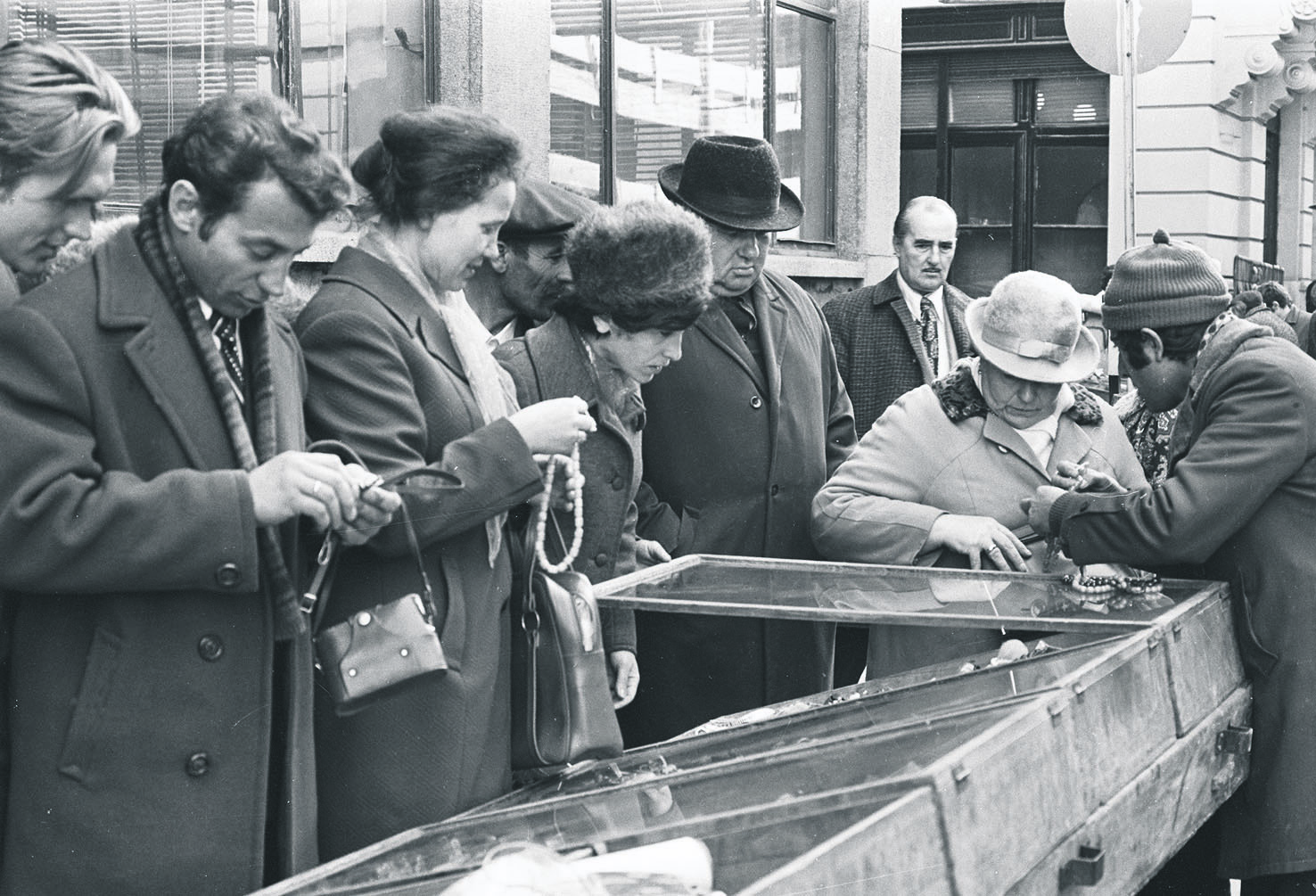 An elderly politician, an experienced statesman, once said, "The communists are coming this year," and it became a headline for the newspapers, causing great disturbance in the public. The statement was nearly forgotten when a ship with a hammer and sickle on its chimney berthed and emptied its passengers. A citizen witnessing the situation cried out: "Alas! The communists are here." The peddlers smiled at the commotion, since they realized from their outfits that the arrivers were called communists, but were capitalists in practice. The passengers of the ship were on a Mediterranean tour which stopped in Istanbul for a couple of hours to buy souvenirs for their loved ones from peddlers' stands. While the ship was sailing away, the peddlers were smiling and started praying for the communists to stop by more frequently.