Good-bye to Berlin: Turkish-German love affair in Madonna in a Fur Coat 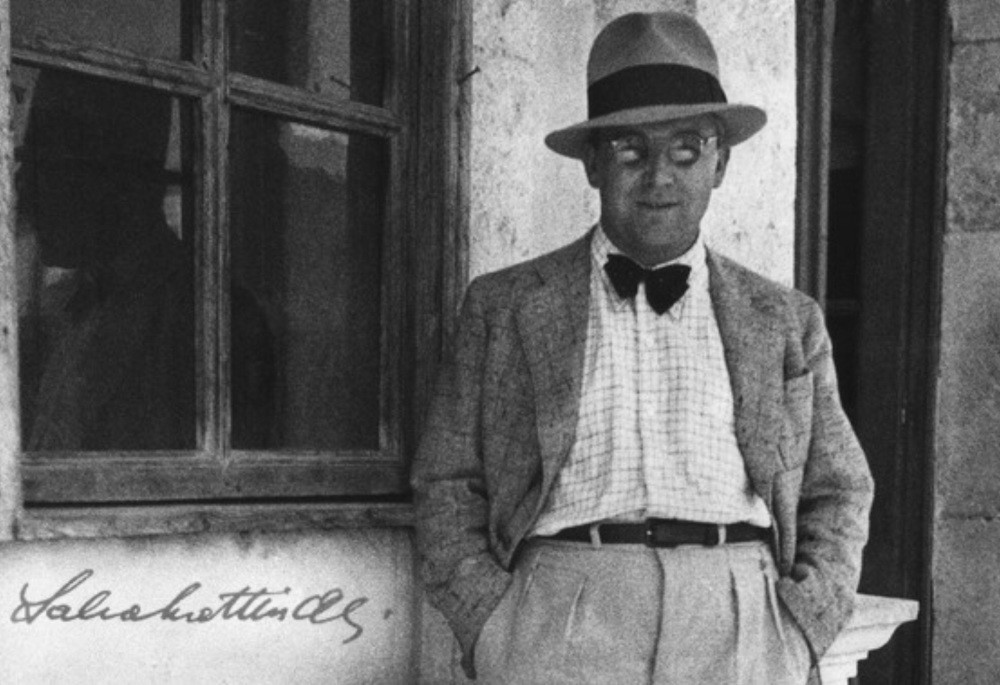 Sabahattin Ali makes sure readers feel the narrator's sense of discovery through the well-rehearsed and popular form of the story within a story.
by Nagihan Haliloğlu Jun 09, 2016 12:00 am

Fans of Sabahattin Ali's "Madonna in a Fur Coat" were happy to hear that this little gem of a book had been translated into English, another book to recommend to English-speaking friends who want to know something about Turkish literature and the country. Although the novel revolves around a love story, it is paced like a thriller, and deserves that flashy book-selling adjective 'unputdownable'

"Of all the people I have chanced upon in life, there is no one who has left a greater impression," says the hapless narrator in the beginning of Sabahattin Ali's bestseller "Madonna in a Fur Coat." Although the book made its name as a sad love story, the narrative is equally propelled by the sense of discovery that it affords its readers as it reveals the details of the life of Raif Efendi, who has intrigued the nameless narrator. Ali makes sure the reader feels the narrator's sense of discovery through the well-rehearsed and popular form of the "story within a story." In a certain sense, the narrator recognizes a fellow loner in Raif Efendi, and the story of Raif Efendi's inner life becomes an ersatz emotional journey for the narrator, who reveals nothing of his own love life.

The framing narrative starts with the unnamed young narrator who is going through a period of unemployment to which many readers can relate. There are false hopes that "friends" set up, employers trying to exploit his desperation and periods in which he hates himself for putting himself in a position in which old friends and random business owners can be magnanimous to him. The descriptions of the new bureaucracy and petty officials that characterize early Republican Turkey, while he is looking for a job are so full of acute observation that one is almost loath to leave 1930s Ankara and move on to Weimar Berlin. The narrator's successful friend Hamdi, smug in the knowledge that he has done better than his friend, ends up "inventing a job" for him at a firm so that he can continue with his writing without much of a workload. This job where he meets Raif Efendi sounds suspiciously like one that might have been invented in Ahmet Hamdi Tanpınar's "Time Regulation Institute," as both novels inhabit that early Republican twilight of meaningless posts. Just like Tanpınar's narrator Hayri İrdal, Ali's down-and-out narrator manages a tone that evokes envy and disdain in equal measure, while describing the newly emerging elite. This is a tone that has always been popular with Turkish readers and has resonances in later popular novelists, such as Oğuz Atay. Maureen Freely and Alexander Dawe, who collaborated to translate "Time Regulation Institute" and therefore are familiar with the tone, have rendered "Madonna" into very smooth English and have presumably run into fewer obstacles, as Ali's prose contains fewer Ottoman words than Tanpınar's.

"Madonna in a Fur Coat" is the kind of story that assures us of the uniqueness of every human being, a reassurance that speaks to the romantic notion of every heart being capable of great passion. When we first see Raif Efendi through the young narrator's eyes, he is described by his boss in the most patronizing and dismissive way; so dismissive in fact, that we understand that there must be something more about this "little" man: "He's a simple man, and a very quiet one too. Entirely harmless," says Hamdi. When it comes, Raif Efendi's story, for which Ali has raised great expectations, does not disappoint. We hear of formative years spent in Western Anatolia and a passion for painting. Raif is then sent to Berlin where his father has been informed the economy is so bad that living for foreigners is cheap. The Berlin setting is testimony to Turkish-German relations that go a long way back and have manifestations other than the well-known 1960s labor migration (there are also several mentions of how Germans and Turks fought on the same side in the war), not least in the shape of Turkish students going to Germany for an education, a phenomenon that was to be repeated in the 1990s. Raif is sent there to learn "soap production," and yet spends his time reading German books with a dictionary and frequenting art galleries. Ali is especially good at describing traveler's fatigue, the anticlimax that almost all cases of wanderlust reach at some point: "'So this is Europe,' I said to myself, 'Why all the fuss?'" The book often enters Christopher Isherwood territory, and we get scenes of the lodgers in the pension where Raif is staying gathered together at the dinner table - all the stock characters, the widow, the commercial traveler, only the Cambridge graduate seems to be missing -- discussing inflation and who is to blame for the war and the German defeat.

Raif first encounters the Madonna of the title as a painting towards which he feels very strong attraction. We follow him into an exhibition where he finds most paintings ugly, and then sees the "Madonna in a Fur Coat": "She was a swirling blend of all the women I had ever imagined" he says and makes the painting and the woman in itmore of a reflection of his own imagination than a real work of art. This fine line between the real and the imaginary is blurred further when he discovers the painting is a "self-portrait" and then promptly meets the painter. One wonders if the painting and the painter are figments of Raif Efendi's bored imagination or maybe an indulgence on the part of the narrator who is keen to give Raif Efendi an inner life. The sad turn that the love story takes also mirrors the novels that Raif has been reading in German to improve his language skills, and it is up to the reader to determine how much he/she suspends disbelief in this case of life imitating art. Maybe our inner compass does lead us to have the sort of impossible, complicated love stories that have so touched us in reading.

Ali takes us into Isherwood territory again when Raif discovers that the painter of the "Madonna" is a cabaret performer - although Maria remains a much darker character than Sally Bowles. The reason Maria is attracted to Raif seems to be partly because he comes to the gallery and gazes at her self-portrait for several days, and thus pays homage not only to her beauty but also her art. Maria and Raif's love story is acted out in a familiar way: The lovers come close and drift apart several times, the drama caused mostly by cultural differences, and Maria being a "New Woman" who is afraid to be tied down in a relationship. The love story is typical enough: It is the foreknowledge of Raif's bleak future - now experiencing this troubled, passionate affair - that makes the narrative intriguing. It is also through this ill-fated love story that the novel takes on an allegorical aspect and reads as a commentary on how the love affair between Turkey and Europe will just not hold. At a more mundane level, Ali is also very incisive about a certain kind of sojourn in a foreign country. When through a string of unfortunate events Raif has to go back to Turkey and tries to learn the whereabouts of Maria after she stops writing to him, he realizes that there is no one he knows in Berlin who he can turn to for help: He has made no real friends during his time there. Maria becomes a chimera once again towards the end of the novel when Raif doubts ever having met her. Then Ali introduces another, final twist to the love story - one that devastates Raif and explains the hollow man we saw him to be at the beginning.Among other things, "Madonna in a Fur Coat" is a cautionary tale, one that warns us never to assume anything about the life story of others. The reader also feels a sense of divine justice in the smaller man having had the fuller life. The whole narrative is sustained by the idea that despite sadness in his later years, Raif lived life to the full for a happy period, and that makes the ignominy he experiences later bearable, even irrelevant. In that sense, the book's popularity may be due to its success in reminding the reader of his/her own "happy space" in the past and/or to the fact that it excites the younger reader to make sure to know life fully for a period, so that, as in the example of Raif, they become immune to the banalities and the hardships that life will throw their way in the future.
RELATED TOPICS