Book on Kafka's love for Dora published in Turkish 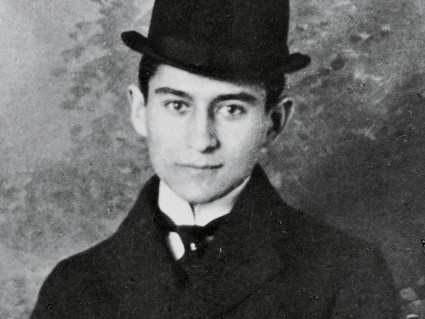 Kafka met and fell in love with Diamant in 1923 during his trip to the Baltic Sea for his recovery. Back then, Kafka was 40 years old and he was suffering from tuberculosis. Living on the edge of death, he acted as if he saw the fountain of life in 25-year-old Diamant. When Kafka's illness worsened, the lovers had to leave Berlin and moved to a sanatorium near Vienna.

Diamant kept Kafka's notebooks and letters after his death; however, the manuscripts were confiscated by the Nazis during World War II. German writer Michael Kumpfmüller reconstructs this fragile and sentimental love story as if he witnessed it in his 2013 Jean Monnet Literature Award-winning novel "The Glory of Life."

Kumpfmüller, who studied letters and diaries written by Kafka, investigates one of the most important writers of the 20th century with the utmost care. The novel blends the statements in Kafka's own texts with the fiction created by Kumpfmüller, but the writer draws a clear line between what is fiction and what is not by using past tense in paragraphs that were taken from the accounts of Kafka and present tense in his own fiction. The novel, which is composed of three sections, focuses on Kafka's view of life, his relationship with his family and friends, his hopes and sorrows, the social and economic structure of the time he lived in and how he fell in love with Diamant and this love's effects on Kafka's life. "The Glory of Life" invites bookworms to read the story of a writer's breakdown, even though he continued to write until the end of his life and his unexpected love.

Michael Kumpfmüller was born in Munich in 1961. Kumpfmüller, who has been working as a freelance journalist since 1985, mostly writes about the working class, war and religion. He was a member of a civilian initiative which supported the mandatory coalition of Social Democrats and the Greens in the 2005 German federal elections. Right after the elections he became a member of "Lübecker Literaturtreffen," which is a literary community founded by German writers. He is living in Berlin, where he has been working as a journalist and writer for the past 30 years.
RELATED TOPICS