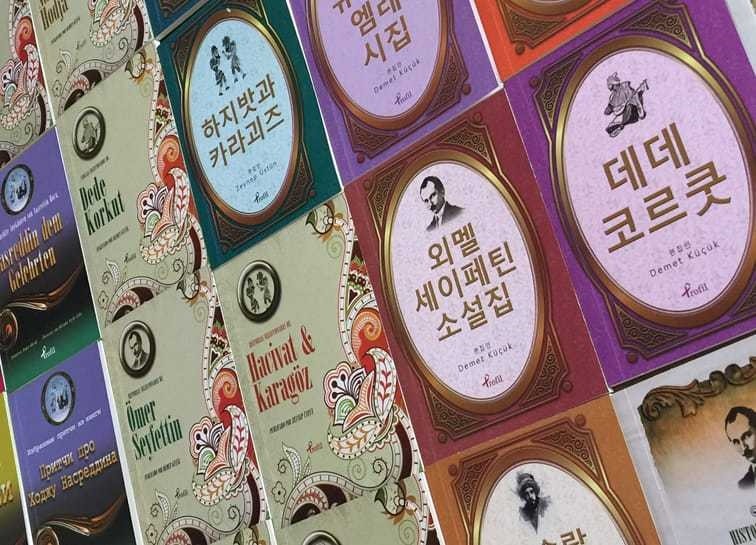 by Anadolu Agency Oct 19, 2016 12:00 am
A selection of Turkish literary classics, including a total of 64 novels, has been translated into seven different languages and published by Turkey-based Mavi Ağaç Publications. The books will be distributed for free at the Frankfurt Book Fair. The classics such as "Safahat" by Mehmet Akif Ersoy, "The Qutadghu Bilig" by Yusuf Khass Hajib,"Seyahatname" (Book of Travels) by Evliya Çelebi, "Mathnawi" by Rumi, "Divan" by Yunus Emre, "The Nutuk" by Mustafa Kemal Atatürk along with selections of "Nasreddin Hodja," "Hacivat and Karagöz" and stories by Ömer Seyfettin are being translated and published with the support of the Promotion Fund of the Turkish Prime Ministry.

The founder of Mavi Ağaç Publications Münir Üstün told Anadolu Agency (AA) that the selection of Turkish literary classics has been translated into French, Spanish, Russian, German, Bosnian and Korean. "We began translating the classics into English and German in 2008. We tried to include two new languages to our translations every year. We recently added Korean translations to our selection,"he added. Stressing the publication house's intense work on the translated books, Üstün said the translations are carried out by experienced translators.

Üstün added that the publication house previously partnered with a hotel chain and distributed the books free of charge in order to increase the recognition of Turkish classics around the world. "With the help of the Promotion Fund of the Turkish Prime Ministry, we launched our mission to promote classical Turkish literature in the international arena. We have decided to take the first step at the Frankfurt Book Fair."

Following the publication house's attendance at the fair, which is the second biggest book fair in the world, Mavi Ağaç Publications will also attend the Guadalajara Book Fair in Mexico and the Sarajevo Film Festival in April 2017.

Throughout the Frankfurt Book Fair, which will take place between Oct. 19 and Oct. 23, the selection of Turkish classics and their translated editions will be handed out to fair-goers free of charge.
RELATED TOPICS