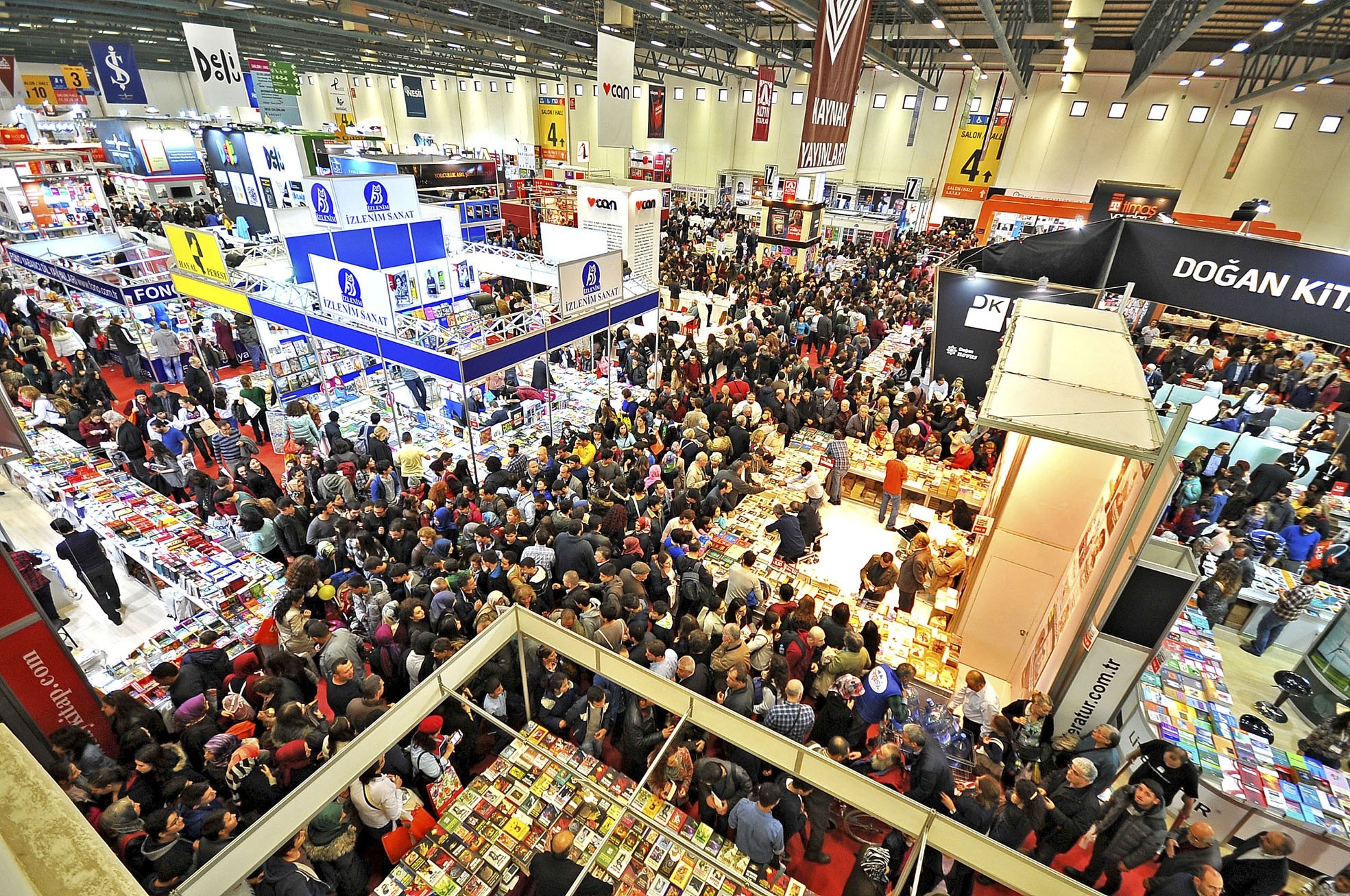 by Anadolu Agency
Jan 06, 2017 12:00 am
The 11th Ankara Book Fair, organized with the support of Turkey's Ministry of National Education, the Writers' Union of Eurasia, Turkey's Small and Medium Industry Development Organization (KOSGEB) and Kazakhstan, is set to open Saturday at the ATO Congresium.

The book fair will remain open until Jan. 15 and welcome Kazakhstan as the guest country.

Nearly 250 publishing houses are expected to attend the fair while 300 autograph sessions and nearly 50 conferences will be held.

Speaking to the press, the coordinator of the Eylül Fair Organization Remzi Çayır said that the organization will present a plaque to prominent names who contributed to Ankara's culture and art scene during the opening of the fair.

Çayır further informed that Turkish author Ahmet Ümit, who is also an honorary guest at the fair, and Russian writer and poet Mikhail Sinelnikov will attend the 11th Ankara Book Fair, noting, "Turkey's biggest publishing houses will be featured at the fair. Moreover, the fair, which took place in Istanbul's historic Cağaloğlu district and brought second-hand booksellers together, will also visit the 11th Ankara Book Fair."

The coordinator went on to say that they are hoping to increase the number of visitors attending the fair this year.

"Last year, more than 300,000 book lovers visited the 10th Ankara Book Fair. We believe that this year we will welcome more and more visitors. Since many representatives from major Turkish publishing houses will attend the fair, we can say that the 11th Ankara Book Fair will be one of the most lively books fairs to have ever been held in Turkey. In addition to major publishing houses, many well-known writers will also come together with their fans. We will also host more than 4,000 students with the coordinated efforts of the Ministry of National Education," Çayır said.

Education and Culture adviser to the Kazakhstan Embassy in Ankara Maik Otarbayev stressed the fair's significance for the Kazakhstan embassy, asserting that, "We emphasize the important significance of this fair for the strengthening of cultural relations between Turkey and Kazakhstan. As you know, our economic and political ties with Turkey continue as these are two sister countries. We are ready to take our relations to another level by showing how much we care about cultural values and interactions."

Otarbayev later thanked fair organizers during his speech, saying that, "We[Kazakhstan] are very much honored to be the guest country at the 11th Ankara Book Fair. We are very content in sharing our cultural values in Ankara, the heart of Turkey. As [an envoy to] the Embassy of Kazakhstan, we have had few of the best examples of Kazakh literature translated into Turkish and published in this country thanks to the support of the Bengü Publishing and the Writers' Union of Eurasia. All these books will also be presented at the book fair."

Also speaking to the press, Yakup Ömerlioğlu, the president of the Writers' Union of Eurasia claimed that the Ankara Book Fair is one of the most important culture and art events in the city of Istanbul.