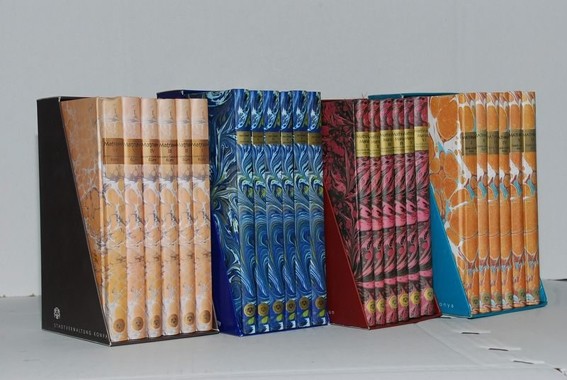 Rumi, whose title "Mawlana" means scholar, was a Sufi poet-philosopher born in present-day Afghanistan in 1207. His legacy of poems is particularly popular across western, central and southern Asia and he is buried in Konya, central Anatolia.

"The Mathnawi has been translated into Swahili, one of the foremost languages of the world," Konya Mayor Tahir Akyürek told Anadolu Agency on Monday.

The Mathnawi, a poem boasting more than 50,000 lines, is considered one of the most influential works of Sufism and Persian literature.

"It has been published in 25 languages since 2005," Akyürek said. "Our target is to translate 'Mathnawi' into 50 languages."

The Mathnawi, or "Mathnawi al-Ma'nawi," is one of the best-known and most influential works of both Sufism and Persian literature. Comprising six books of poety that amount to more than 50,000 lines, it pursues its way through 424 stories that illustrate man's predicament in his search for God.

Swahili is a Bantu language that is spoken by nearly 150 million people across East Africa including Kenya, Tanzania, the Democratic Republic of Congo and Somalia.
RELATED TOPICS