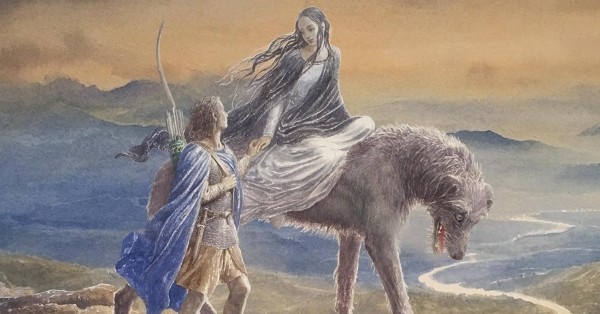 A new book first outlined 100 years ago by The Lord of the Rings author J.R.R. Tolkien is to go on sale Thursday, local media reported.

Edited by Christopher Tolkien, the 92-year old son of the author, Beren and Luthien is a love story between a mortal man and an elf and is thought to have been first imagined by the writer after his return from the Battle of Somme in 1916.

The new book is being released on the 10th anniversary of the last Middle Earth book, The Children of Hurin, the BBC reported.

Tolkien's The Hobbit, released in 1937, is among the world's bestselling novels and The Lord of The Rings is one of the top 10 sellers with more than 150 million copies sold.

The film trilogy based on The Lord of the Rings has been seen by millions and the last movie, The Return of The King, received 11 Academy Awards.

Beren and Luthien features illustrations by Alan Lee, who won an Oscar for his work on director Peter Jackson's films.

According to critics, the book could be one of the final works by Christopher Tolkien, whose father died in 1973.

Writer Liza Graham said Tolkien "makes it clear that this may be the final time he takes us for a walk through his father's world."

In the preface to Beren and Luthien, Tolkien said: "In my 93rd year, this is (presumptively) my last book in the long series of editions of my father's writings. This tale is chosen in memoriam because of its deeply-rooted presence in his life."

The names Beren and Luthien are carved on the gravestone Tolkien and his wife share in Oxford, the BBC reported.