For those who want to learn about Fetullah Gülen and his heinous organization behind the coup attempt on July 15 last year, Abdülkadir Özkan's book, ‘Modern Assassin: The Gülenist Cult and Fetullah Gülen's Secret Agenda,' is a comprehensive source

New publications that bring the ambivalent mindset and secret agenda of Fetullah Gülen, the leader of the Gülenist Terror Group (FETÖ) that perpetrated last year's failed July 15 coup, to light are filling up the shelves of bookstores these days. A recently published book, "Modern Assassin: The Gülenist Cult and Fetullah Gülen's Secret Agenda," by Abdülkadir Özkan, is based on careful examination of numerous Turkish and international sources on Gülen. Özkan's book stands out among other books on the subject, as an essential source for grasping the paradoxical rhetoric and principles of the cult leader's secrets and his ambition for power and authority and even his appreciation of espionage. 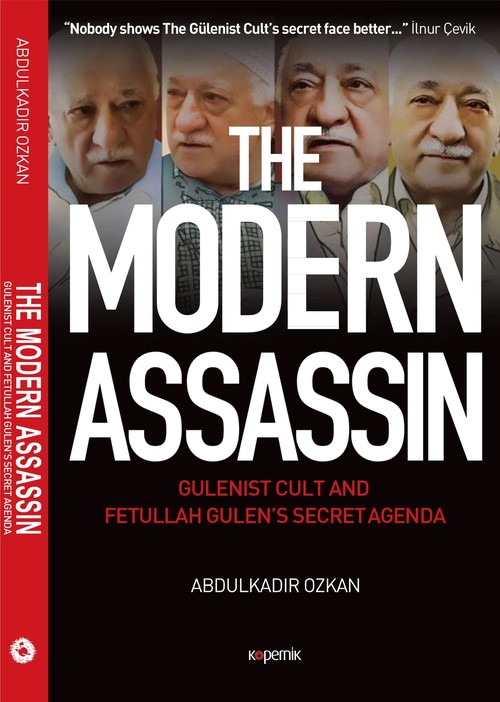 "This work includes an educational lesson on a man who worked as a manager for the global Islamization Project, an international intelligence agency-sponsored project for which he sold out his country and its people for the sake of fulfilling his selfish goals." This phrase is a direct quote from the foreword written by Özkan, who spared no effort in illustrating the truth behind Gülen and his network.

This book is an important piece of writing that provides a fruitful analysis of the heinous events that took place on July 15, 2016. The book consists of eight main chapters, including an introduction and a conclusion, and is subdivided into parts. The writer mainly addresses Gülen and his organization, FETÖ, from 1960 on and employs an analytical approach with the purpose of analyzing the philosophy of FETÖ. The writer uses concrete evidence through which readers can form conclusions.

The book also includes segments of the paradoxical life of Gülen, who admires the West and who emptied the meaning of all traditional and modern concepts. In the last section of the book, Gülen's report card on democracy, as one who stands behind the rising anti-Turkish sentiments in the West after the coup attempt on July 15, is made clear.

In the first chapter, it is mentioned that there are two different views on Gülen. One of them is the perception of Gülen as an "imam," who has mere religious aims with no political intentions. On the other hand, a different perception of the man is that he is the leader of an organization, the head of a terrorist cult, a false prophet and a universal imam who tries to conquer the world. The writer emphasizes that there is and can only be one truth. Aiming to reveal the truth, the author attentively analyzes Gülen's rhetoric, his controversial speeches, statements, desires, opinions on world religions, as well as his changing attitude toward military intervention in democracy. The author provides an impeccable analysis of Gülen's ambivalent life and his controversial mindset. The writer also included reports and articles by people who work for the U.S. Federal Bureau of Investigation (FBI) and similar intelligence organizations.

It is clearly stated in the book that Gülen adopts different attitudes at various times. Sometimes he is a radical Islamist, at other times he is a "religious man who aims to bring the three Abrahamic religions together in a common point," as quoted by Özkan. In addition to illustrating Gülen's paradoxes, the book explicitly indicates that Gülen had blessed the coups that took place in Turkey in 1960 and 1980, in direct contrast with his statement after the military coup attempt in Turkey on July 15, 2016, when he claimed that he is against coup attempts under all circumstance. Furthermore, his attitude concerning the 1971 Memorandum and his approach during the Feb. 28 post-modern coup, are narrated in the book. 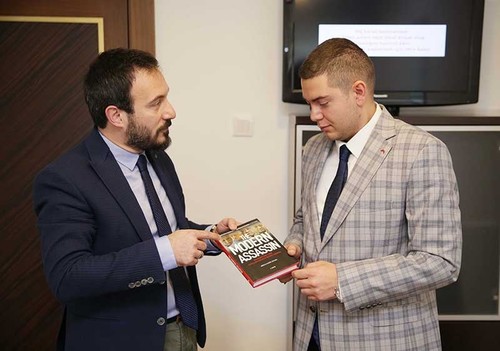 ''Modern Assassin: The Gülenist Cult and Fetullah Gülen's Secret Agenda'' also addresses the opinions of Abraham Wagner, a writer for the Washington Post. In his January 2016 article, five months before the coup attempt, Wagner pointed out that Gülen is a threat to the U.S. and Turkey and that Gülen plans to topple the democratically elected government of Turkey. The author also gives a platform to comments and reports of FBI advisers such as Sibel Edmons and Paudi Williams regarding Gülen, who both indicate that Gülen is dangerous and has affiliations with the U.S. Central Intelligence Agency (CIA).

The title of the book is quite eye-catching. The methods of Hasan Sabbah and Gülen are similar in the sense that both abuse the concept of religion in favor of personal, selfish goals, as we can see from the people who attacked Turkish citizens on July 15, 2016, killing 249 of Turkey's citizens and wounding 2,197 others. They attacked the General Assembly of Turkey, used tanks against innocent citizens and fired on the people. These attackers, who had been promoted to high ranks like pasha, got orders from non-military people, the '"imams," who do not exist in the hierarchical system of the military, who take orders from Pennsylvania -- namely, Gülen himself. All these deeds can only be explained by what the author refers to as, "The eclipse of reason and a hypnotized mindset. Hasan Sabbah was also using similar methods to cheat people by using religion and in this sense, the title of the book fits perfectly."

The book is written in explicit detail, leaving the ultimate judgment to the reader. The truth behind FETÖ and the threat Gülen poses - not only towards Turkey but also to the entire world - can be understood clearly after reading the book. The coup attempt on July 15, 2016, indicates that a terrorist organization, which can kill and wound numerous people in a single night just for its selfish goals, is an explicit threat to the entire world. Thus, the book is strongly recommended to readers who are interested in gaining an in-depth awareness about Gülen and his organization.