Time to stage a Brexit for the Man Booker Prize? 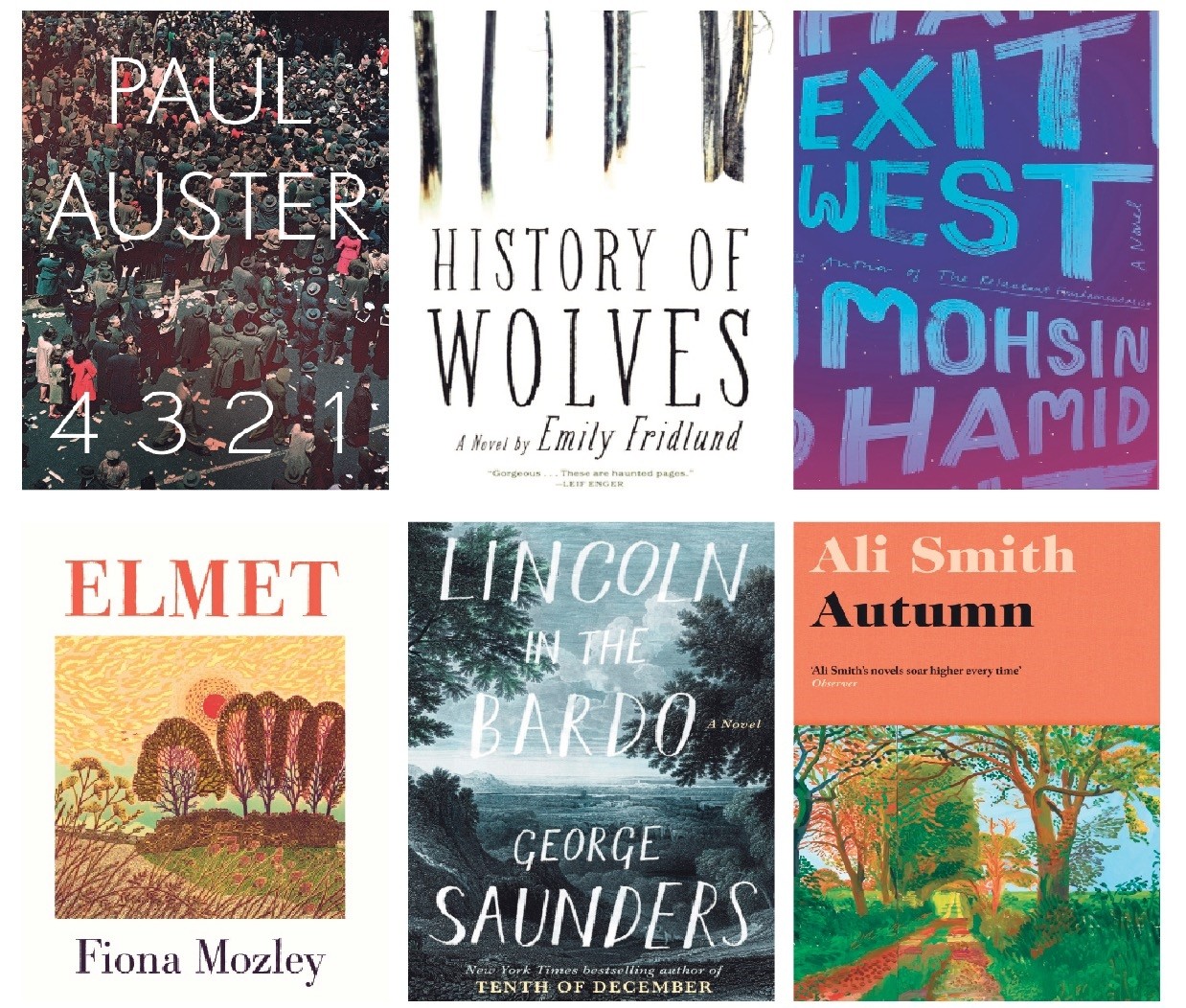 Wednesday's announcement of the Man Booker Prize shortlist, where three of the six authors are American, sent shockwaves to London's literary world. There are even suggestions of staging a literary Brexit for Britain's most prestigious prize

This year's Man Booker Prize shortlist is as shocking as the election of Donald J. Trump to the highest office in the U.S.

Critics, journalists and bookies didn't see it coming. Colson Whitehead's "The Underground Railroad" and Jon McGregor's "Reservoir 13" were their two favorites. Paul Auster was considered a no-hoper. Two young debut novelists, Emily Fridlund and Fiona Mozley, could always be shortlisted in the future, but not in this year of literary heavyweights. Ladbrokes odds for Sebastian Barry's "Days Without End" was a staggering 6/1.

Wednesday morning's announcement of the shortlist sent shockwaves to the literary world. Whitehead's elimination was the biggest surprise. Auster's presence was the second. When it was published earlier this year, American and British critics alike had panned "4 3 2 1," the tale of one Archibald Isaac Ferguson told in four alternate versions. Both Fridlund and Mozley are both on the shortlist: surprising not only for their young age, but also for the fact that of the six shortlisted authors, half of them (Saunders, also, had not published a novel before) are first time novelists.

At the press conference at the offices of Man Group, the sponsor of the prize, 2017 Chair of Judges Baroness Young did offer some explanation.

"With six unique and intrepid books that collectively push against the borders of convention, this year's shortlist both acknowledges established authors and introduces new voices to the literary stage," she said. "Playful, sincere, unsettling, fierce: Here is a group of novels grown from tradition but also radical and contemporary. The emotional, cultural, political and intellectual range of these books is remarkable, and the ways in which they challenge our thinking is a testament to the power of literature."

So, which book on the Man Booker shortlist meets that criteria "grown from tradition but also radical and contemporary" best? Ali Smith's "Autumn," the first part of a seasonal quartet, is the strongest contender for "radical and contemporary." Smith's book is a post-Brexit novel, one that tries to capture autumn 2016 in London. The book's protagonist, Elizabeth, is 32 and spends a great deal of her time with Daniel, who is a century old. "It was the worst of times, it was the worst of times," is the optimistic opening sentence of "Autumn." It continues: "Again. That's the thing about things. They fall apart, always have, always will, it's in their nature."

This is the fourth time Smith has been shortlisted for the prize. "Hotel World" (2001) was the first, with "The Accidental" in 2005, and "How to Be Both" in 2014, Smith proved equally successful. The year 2017 can be when she finally wins the Man Booker. Among other things, her book revisits the legacy of Pauline Boty, a founder of the British Pop art movement, whose work the novel's art historian protagonist explores in the course of "Autumn."

An equally strong contender is Mohsin Hamid's "Exit West." In 2007, Hamid had been shortlisted for the Man Booker with his "The Reluctant Fundamentalist," which was later made into a film. In that novel, Hamid looked at the rise of anti-American sentiment in Pakistan, and interrogated the results of political meddling in the affairs of Asian nations. The narrator of that novel addressed his listeners directly; this directness was among the reasons of the book's success.

In "Exit West," Hamid takes a different path. He looks at the refugee crisis. His characters, Nadia and Saeed struggle to reach safety in an era of civil war and catastrophe. This is how they meet, in the opening sentence of the novel: "In a city swollen by refugees but still mostly at peace, or at least not yet openly at war, a young man met a young woman in a classroom and did not speak to her. For many days."

That city is left unnamed. It can be in Libya, Pakistan, Afghanistan or Syria. As militants begin to destroy it, the state imposes curfews and Nadia and Saeed decide to escape their precarious existence. They learn about the existence of special transportation doors placed in the dark corners of bedrooms; one step to the other side brings you to the Greek island of Mykonos.

Another door opens to London's Kensington borough. But as the couple flees the crisis, the crisis follows them. London, in Hamid's book, has become a dark place: Its underground is deserted, there are foxes wandering on its streets, and the couple hears rumors about another part of the town where wealthy Londoners carry on with their glamorous lives.

There are curious stories concerning the shortlist. Fiona Mozley, the 29-year-old author of "Elmet," has apparently composed the opening of her book on a smartphone during a train journey from York to London. Auster, who turned 70 this year, is the most senior author, and his book, at 866 pages, is the longest novel in the shortlist.

There will be little complaint about gender this year; equality has been established with three male and three female authors. But not everyone will celebrate if George Saunders wins the Man Booker with his "Lincoln in the Bardo." The Folio Prize winner is acknowledged as the greatest short story writer of his generation; his debut novel is the favorite of the bookies at the moment. But can we really trust them?

Another American, Paul Beatty, has won the prize with "The Sellout" last year. Since the prize opened to all English language writers who publish their books in the U.K., people have been complaining of Americans overtaking the Man Booker. There will be more complaints. The Washington Post last week wondered whether it wouldn't be wise for Britons to stage a literary Brexit, so that their prize again celebrates writers from the U.K. and the Commonwealth.

But organizers want the Man Booker to be the leading literary prize for "quality fiction" not in Britain, but for the English language. Such is the price to pay for ambition. British authors may end up losing this year, but the award that has been made more difficult for them to reach remains a quintessentially British institution.